NUR-SULTAN – Australia and Kazakhstan have a lot more opportunities that remained untapped and though COVID-19 might have disrupted some of the plans, the will to develop cooperation is still there, said Ian Biggs, Assistant Secretary for Afghanistan & Regional Branch at Australia’s Department of Foreign Affairs and Trade, in an interview with The Astana Times. 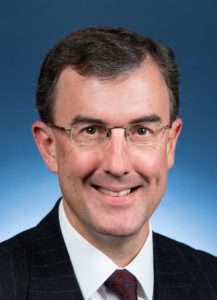 Next year, Kazakhstan and Australia will celebrate 30 years of diplomatic relations. Australia was among the first countries to recognize the independence of Kazakhstan, said Biggs.

“We forge active bilateral relationships, based on common interests, trade, and investment ties, and people-to-people links. Among the major milestones that I could refer to include when then Governor-General Bill Hayden, visited Kazakhstan in 1994 to establish relations. Your former president, Nursultan Nazarbayev, visited Australia to deepen bilateral cooperation in 1996. We were able to sign an agreement on economic and commercial cooperation in 2004. We also concluded bilateral market access agreements on goods and services in 2008. And perhaps, best of all, the opening of the Consulate General of Kazakhstan in Sydney in 2015,” said Biggs in an interview.

Despite the COVID-19 outbreak that put several senior visits on hold, the ties between Kazakhstan are good and mature, said Biggs. He said that he is “optimistic about future development once travel becomes easier.”

The cooperation in the multilateral format is strong. The two countries partner within the United Nations, World Trade Organization, and the Asia-Europe Meeting.

“There are many Australian companies active in Kazakhstan and especially, in mining and agriculture,” said Biggs.

A politically stable environment with transparent regulatory systems, and underpinned by sound governance are among the factors that attract Australian companies to Kazakhstan.

According to the Kazakh Statistics Committee, the total volume of mutual trade between Kazakhstan and Australia in 11 months of 2020 was $40.3 million, including exports of $12.3 million and imports of $28 million.

Between 2005 and 2020, the inflow of direct investment from Australia to Kazakhstan amounted to $24.4 million.

The mining sector has been an important area of cooperation between the two countries. Kazakhstan boasts abundant resources that position the country well on the global mining scene. Central Asia’s largest economy has been the top uranium producer in the world, and ranks first in chromite ore reserves, and leads in its reserves of lead, zinc, and iron ore.

“(In Kazakhstan), Australian companies are involved in modernizing equipment and services to keep pace with changing mining technologies and with things like the digital automation of the mining process,” said Buggs.

Water management and agriculture are also promising significant opportunities, but remain yet untapped.

“We welcome opportunities to continue to expand the trade ties with Kazakhstan, аnd once COVID-19 travel restrictions are lifted, that should move faster,” said Biggs.

Overall, Kazakhstan and Australia have a lot to offer each other, according to the Australian diplomat.

“Australians are known as global travelers. We are used to traveling long distances. COVID has restricted physical visits, but virtual contacts have continued. We look forward to welcoming, particularly students, back from Kazakhstan and from other countries as well,” said Biggs.

He said that nearly 75 Kazakh citizens choose Australia as an educational destination every year, including through Kazakhstan’s Bolashak state scholarship. “There is an increasing number of Australians who choose to visit work, invest, and reside in Kazakhstan,” he added.

Biggs also mentioned sports diplomacy as another common ground between Kazakhstan and Australia.

“Australian and Kazakh teams have competed in basketball and cycling. Tennis players from Kazakhstan had done well at the Australian Open, including Alexander Bublik, Elena Rybakina, and Yulia Putintseva,” said Biggs.

He said that Australia is actively seeking new ways to enhance and expand ties in the post-pandemic period.

“That will be much easier once we can travel and see each other in person,” he said.