NUR-SULTAN – Over 30 years, the United States has invested US$53.7 billion into the Kazakh economy. The two countries hosted a virtual business forum June 14-15 that marked 30 years of diplomatic relations, reports the Kazakh Foreign Ministry. 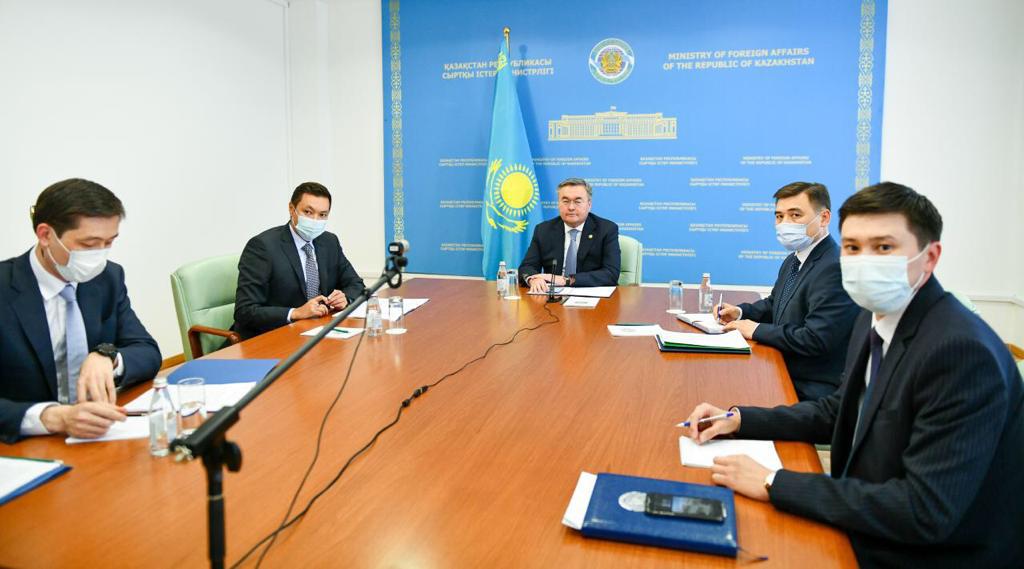 Tileuberdi and other officials during a virtual meeting. Photo credit: Kazakh Foreign Ministry

The two-day event, which brought together more than 500 participants and was co-hosted by the Kazakh Ministry of Foreign Affairs and the U.S. Chamber of Commerce, explored ways to expand cooperation in agriculture, energy, green and digital technologies.

The forum’s official opening ceremony was attended by Deputy Prime Minister – Foreign Minister of Kazakhstan Mukhtar Tileuberdi, U.S. Acting Undersecretary of State, Ambassador Marcia Bernicat, President and CEO of the US Chamber of Commerce Suzanne Clark, and the Chairman of the Board and President of Chevron Michael Wirth.

In his welcoming remarks, Minister Tileuberdi noted the Enhanced Strategic Partnership between Kazakhstan and the United States and the significant volume of American investments attracted to Kazakhstan over the past 30 years. He also expressed confidence that the forum will give an additional impetus to deepening trade and economic interaction.

“In recent years, there has been a gradual increase in the interest of American businesses in the manufacturing sectors, including the agribusiness, as well as in the engineering, transport, and logistics industries. In 2019, the volume of direct investment from the United States reached a record level of $5.5 billion, which is a quarter of the total investment inflow to the country. We are ready for further active work with our American partners to restore the indicators and growth in the post-pandemic period,” said Kazakh Invest Chair Meirzhan Yusupov in his remarks. 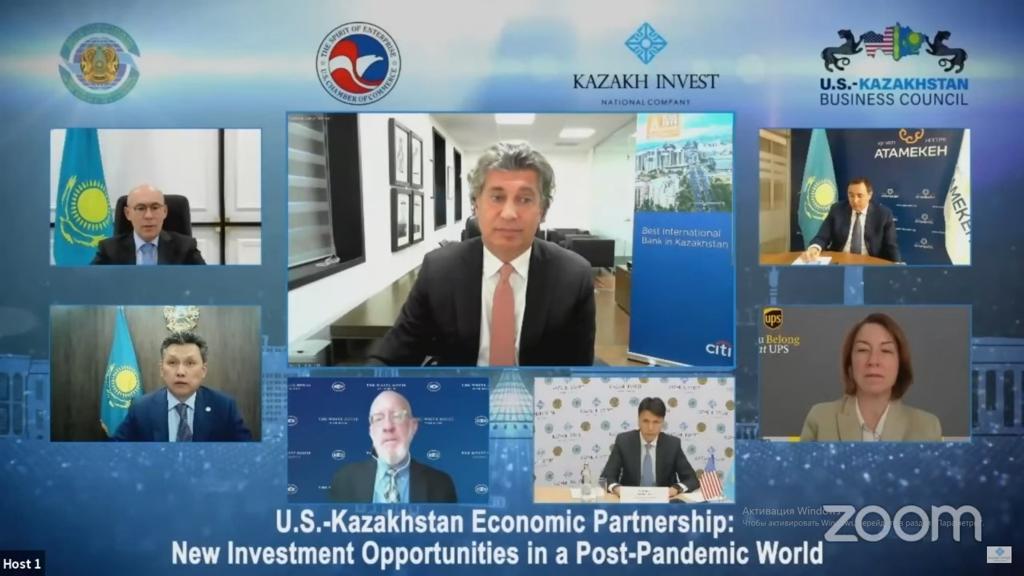 One of the examples of successful cooperation between the two countries is the energy partnership within the Tengizchevroil project, said Michael Wirth.

Renewable energy and agriculture also offer significant opportunities for the cooperation given the vast natural resources of Kazakhstan.

In a session focusing on energy and mining, Director of Kazakhstan’s Association for Renewable Energy Ruslan Zhemkov reaffirmed the country’s potential in the renewable energy sector.

“The renewable energy resource potential is very big in the country. According to preliminary estimates from the governmental strategy, achieving a 50 percent share of renewable energy in the total energy balance of the country by 2050 is expected to increase the market by more than 10 GW,” wrote Zhemkov in a social media post noting that the preferences for investors are huge.

In the agricultural sector, among the latest examples are the partnerships with Tyson Foods in meat production and Valmont Industries in water irrigation development in Kazakhstan.

“The company is set to explore lots of opportunities that will help Kazakhstan play its role in ensuring world food security. With our technologies, Kazakhstan can increase crop yields and ensure rational use of water and other natural resources,” said Valmont Industries CEO Stephen Kaniewski.

Ambassador Bernicat in her speech emphasized the key regional role of Kazakhstan in Central Asia and noted the importance of reforms initiated by the President of Kazakhstan Kassym-Jomart Tokayev aimed at improving the business environment, new prospects for cooperation within the framework of the climate agenda of the Biden-Harris Administration as well as investment opportunities for Valmont Industries and Tyson Foods projects.

The forum also saw the signing of a memorandum of understanding between the Atameken National Chamber of Entrepreneurs and the U.S. Chamber of Commerce, which the sides believe will facilitate a mutual exchange of information, bilateral visits, and joint activities to discuss issues of commercial activities between organizations.