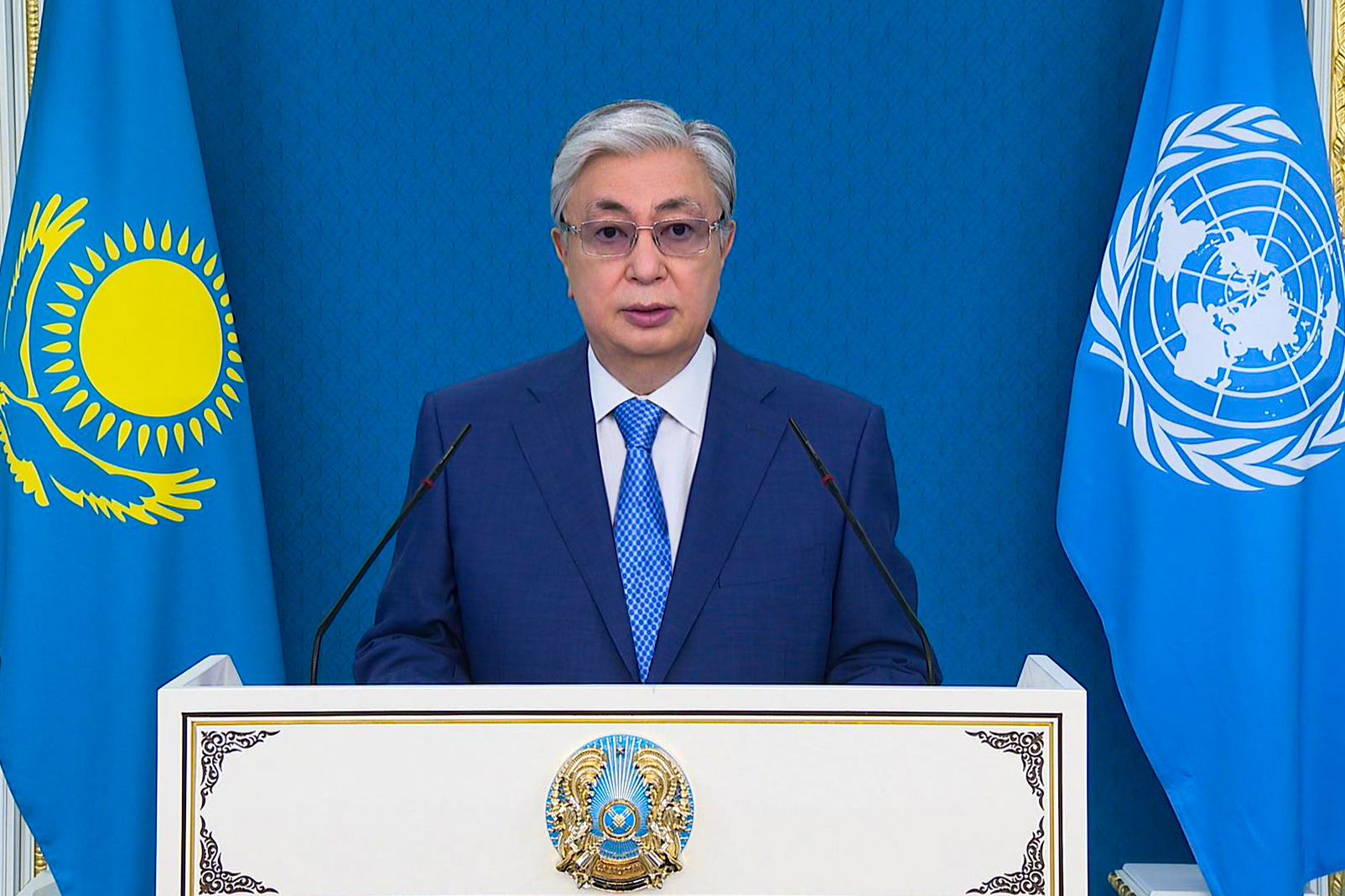 The meeting sought solutions to how to transform the sector and turn it into a driver of sustainable development.

Addressing the virtual event, President Tokayev said that the post-COVID recovery gives a unique opportunity to put environmental protection at the forefront of the international agenda.

Development of a decarbonized economy has been a priority, he said, noting that Kazakhstan was the first country in the Commonwealth of Independent States (CIS) to have ratified the Paris Agreement and adopted an active climate policy to achieve the Sustainable Development Goals.

Tokayev brought up his country’s plans to achieve carbon neutrality by 2060, a commitment that Tokayev announced during the Climate Ambition Summit in December.

Kazakhstan, where the extractive sector accounts for half of industrial manufacturing and where almost 70 percent of electricity generation still depends on coal, remains one of the world’s most energy-intensive economies.

Tokayev noted the importance of making the extractive industry greener and said the government has been working on the Low-Carbon Development Concept through 2050.

“To reduce Kazakhstan’s energy balance dependency on coal combustion, the National Electricity Development Project will be developed to address the following key priorities: gas, water, and renewable energy development. On top of that, Kazakhstan will plant as many as two billion trees in the next five years,” said Tokayev.

He noted the importance of strengthening inclusive multilateralism to ensure that no country is left behind and that the 2030 Sustainable Development Goals Agenda is fully implemented.

“With smart policies and investments, we can chart a path to the greener global economy. To achieve that, it is important to mobilize adequate financial resources, from both the private and public sectors. We welcome the coordinated multilateral efforts in the ‘Financing for Development in the Era of COVID-19 and Beyond’ framework,” said Tokayev.

The Kazakh President quoted UN Secretary-General Antonio Guterres, who stated that if the world wants to rebuild back better, it cannot return to the old normal.

Tokayev noted that a stronger and greener recovery is integral to the ambitions of the 2030 Agenda and the Paris Agreement and said that 2021 offers an opportunity to decelerate rapid climate change and ecological degradation.

“It is crucial that the noble cause of saving the environment is not used as a barrier to trade and investment. I confirm Kazakhstan’s firm commitment to this ambitious endeavor,” he added.