Olzhas Suleimenov turns 85 today. Not the youngest of ages for a human of flesh and blood, but this is the most interesting thing about Kazakhstan’s most famous  poet and prominent public figure Suleimenov: he never allowed the earthly reality to trap him. Under all ages and regimes, he never forgot to look at the stars, to dream and fantasize. And the most fascinating thing about his phantasies is that they often became reality. 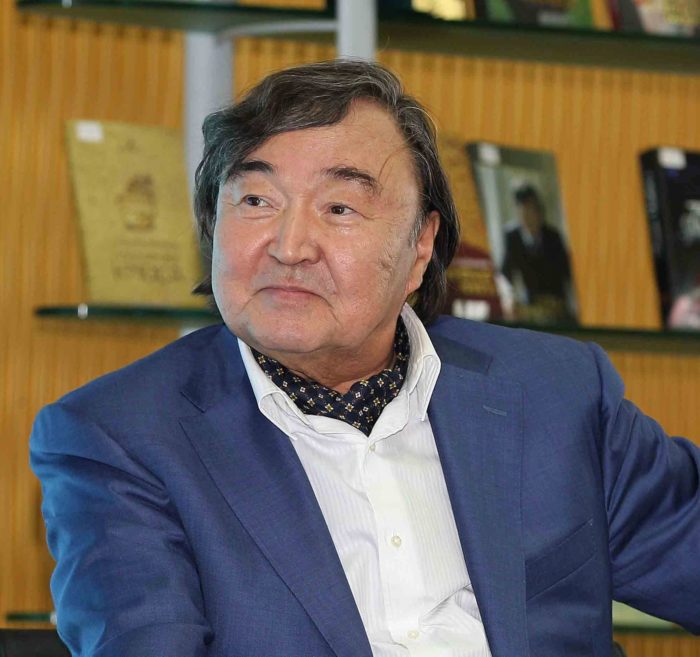 He fantasized an end to the Soviet nuclear tests in Kazakhstan, when he became one of the founders of the popular movement Nevada – Semei, and the tests were ended.  He dreamed of Kazakhstan as a land uniting East and West, he proposed a whole theory on the ancient linkages between Turkic languages and the Indo-European ones. His first book on this theme, titled “Az i Ya” (an elaborate pun on the word “Asia” in Russian language), was banned in the Soviet Union in 1975 as “anti-scientific.” Bureaucrats in science do not like dreams, but the dreams of poet Olzhas were of a special kind: they did become realities. In 2005, 30 years after its initial prohibition, the book was published again in Moscow. The fantasy became a reality, but in a new form: the book had a sequel named in a modern fashion “Code of the World” and the author Suleimenov was no longer a disciplined member of the Union of Soviet Writers, but a representative of a newly independent and fast developing country – the Republic of Kazakhstan. The country that set itself in reality the ambitious goal that Suleimenov just dreamed about in his 1975 book: to reinvent the Great Steppe as a bridge between East and West.

Now Suleimenov is one of the most respected literary and public figures in Kazakhstan, a world-known fiction writer and philosopher. And the people who poked fun at his dreams are forgotten. Simply because, even if Olzhas made mistakes, he dared to dream. And they dared nothing. 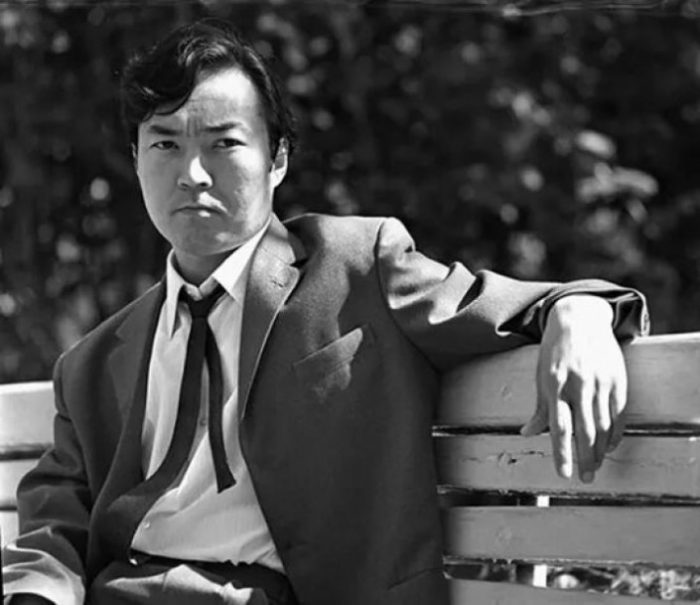 Suleimenov’s poem “Hey, Earth, Take a Knee Before Man” was published in 1961. It is one of the best works of Soviet poetry, which brought him a world-wide fame.

As a young man, Olzhas dreamed his first long poem in 1961, an impassioned hymn to Yuri Gagarin’s flight into outer space – one of the greatest steps forward in human history that was made from the land of Suleimenov’s native Kazakhstan. At the time, poetry was full of the pathos of human achievement. So, the young Kazakh graduate of the famous Institute of Literature in Moscow gave his poem a daring title: “Hey, Earth, Take a Knee Before Man”.  Following Alexander Pushkin’s famous line “blessed are the men who are young at young age,” the 25 years old literary upstart challenged the Universe:

Kneel down before Man.

I am your new God!

Life teaches us tough lessons, and Suleimenov was no exception to this rule. In 1961 he was forced to terminate his studies at the Institute of Literature in Moscow and return to his native Kazakhstan. But the upstart named Olzhas did not return to square one: his poems about Gagarin were read and loved in Kazakhstan, they were recited on radio. The native earth of Kazakhstan, who paid a high price (both ecologically and in terms of plain human suffering) for the Soviet space exploration and the USSR’s nuclear program, was warmly welcoming its son back. Kazakhstan was tired, but proud of something that made its name resound around the world. 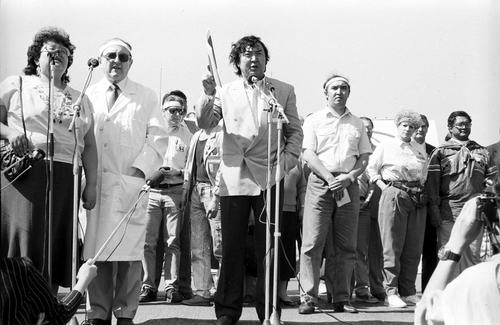 As a public figure Suleimenov initiated the creation of the Nevada-Semei movement.

When he returned to Almaty, Suleimenov knew about this price. He knew it from his first hand experience. And not only because Olzhas spent his childhood years in hungry, fighting for its existence Kazakhstan of the World War II. His father Omarhan fell victim to Stalin’s repressions and sat in the same penal colony with Lev Gumilyov, the Russian author of the theory of Eurasianism. Who could have known at the time of that great suffering, that Eurasianism, which stresses the role of Turkic speaking peoples in the development of our continent, will later be supported and developed by Nursultan Nazarbayev, the first President of independent Kazakhstan!

So, Suleimenov, a descendant of the glorious Kazakh clan of Olzhabai the Warrior, starts to work for his country – on its turf, inside the Great Steppe. And little by little, this proud “New God of the Earth” discovers how fragile the Earth actually is and how much it had suffered from Man’s ambitious projects. He makes a career in arts and public sphere, becomes the head of Kazakhstan’s State Committee for Cinematography right at the onset of the “new wave” in Kazakhstan’s cinema.

Thanks to Suleimenov and the like-minded people, amazing new films come to the screen, which start narrating a new story to the viewers. Not about the achievements, but about fragility – of nature, of human life and human ties. In the 1970s on his trip abroad Suleimenov visits a former concentration camp in Poland and gets stunned by the vision of the wasted land there:

A concentration camp is a monument to empty space.

It is a naked square.

It is the ABSENCE of grass, leaves and shades.

Even the stray leaves that flew in from a nearby forest

Were eaten by prisoners.

But weren’t huge spaces of Kazakh land (together with many other wastelands in neighboring Russia, Uzbekistan) – weren’t they turned into wastelands too? Wasn’t it done by the new God named Man, whom the young Olzhas lionized in 1961?

This is another great talent of Suleimenov: he not only dreams the self-fulfilling fantasies, he asks the most pertinent questions – to the world and to himself.

Kazakh poet, writer and anti-nuclear activist Olzhas Suleimenov was born in 1936 in Almaty. His first poems were published in 1959 in the Literaturnaya Gazeta, and the first book titled “Argamaki” was published in 1961.

He worked as a literary worker for Kazakhstanskaya Pravda newspaper, editor-in-chief and screenwriter for Kazakhfilm, and head of the department of Prostor magazine. He is also known for his parliamentary and diplomatic services.

Suleimenov served as the permanent representative of Kazakhstan to UNESCO for 12 years.