By Aizada Arystanbek in Kazakhstan Region Profiles: A Deep Dive Into the Heart of Central Asia, Society, Tourism on 13 May 2021

NUR-SULTAN – Akim (Mayor) of Almaty Bakytzhan Sagintayev pledged to focus on increasing mudslide protection during his visit to the construction site of the dam in Ayusai gorge on May 11, the press service of Almaty Akimat (city administration) reported. 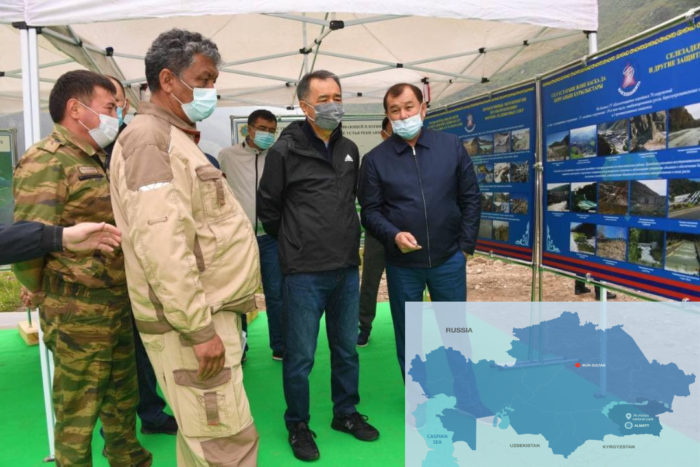 Akim of Almaty Bakytzhan Sagintayev during his visit to the construction site of the dam in Ayusai gorge. Photo credit: Gov.kz. Click on the picture to see the map.

Currently, there are 114 glaciers and 35 moraine lakes located in the upper reaches of the Big Almaty and Aksai rivers. According to the mayor’s office, more than 5,000 entities and over 40,000 people may be caught in the danger zone should an avalanche occur. 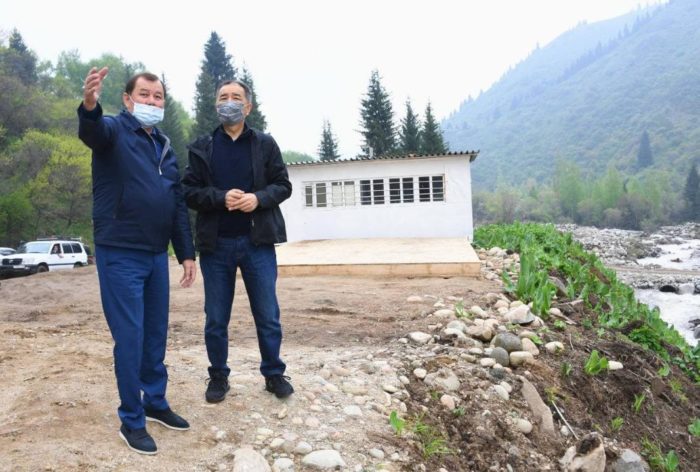 Sagintayev was briefed on the progress of the dams’ construction process in the basins of the Aksai and Big Almaty rivers located below the mouth of the Ayusai river. The planned date for the completion of the construction is 2023. “The dams will ensure the protection of the population and facilities of the Nauryzbay, Auezov and Alatau districts of Almaty located in the mudflow hazardous zone,” said the akim. 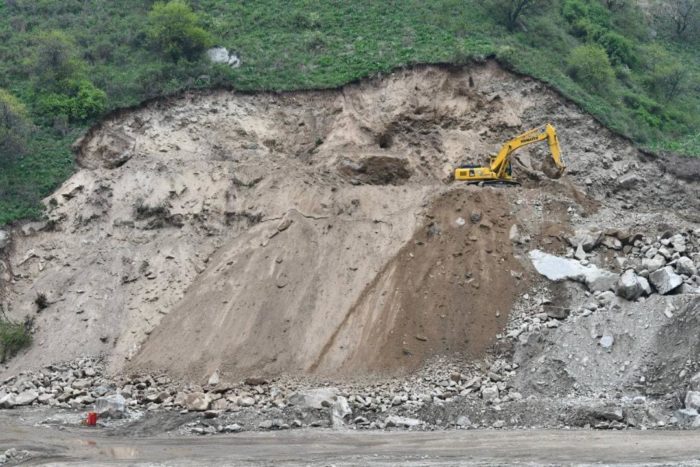 Almaty has a long history of mudflow issues in its metropolitan area. In 2015, 900 residents of the three districts had to be evacuated due to a mudslide incident. In 1963, a colossal mudstone avalanche descended on the small Alma-Ata gorge, which then almost destroyed Almaty, then the capital of the Kazakh SSR. The mudflow demolished a mountain lake and killed around 150 Almaty residents, who were relaxing on the lakeshore that day. Following the tragic event, the first mudflow protection dam was erected in the Medeo tract.

Sagintayev also visited a new tourist center in the Ayusai gorge, where tourists can peruse information about the destinations and trails of the national park. The center aims to improve local infrastructure for the development and safety of hiking tourism. It includes a sanitary unit, a food point, a summer terrace and access to Wi-Fi. 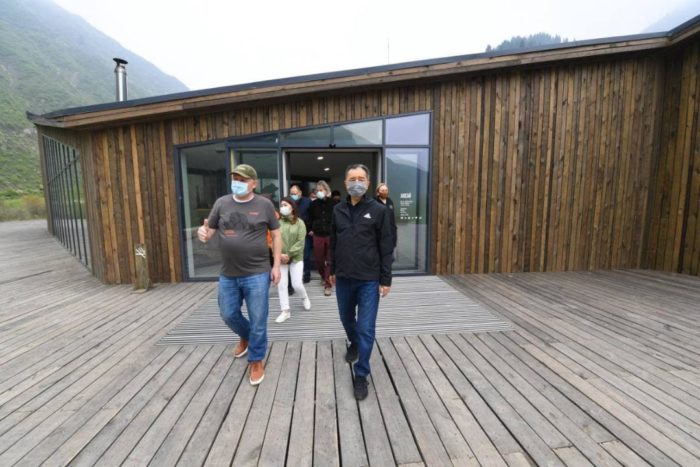 Bakytzhan Sagintayev during his visit to a new tourist center in the Ayusai gorge. Photo credit: Gov.kz

The Tamyr (root) tourist school was also established at the center. It has trained 700 tourists to travel safely and respect nature and created a volunteer movement, whose members help with landscaping the national park and maintaining the mountain paths and meadows. 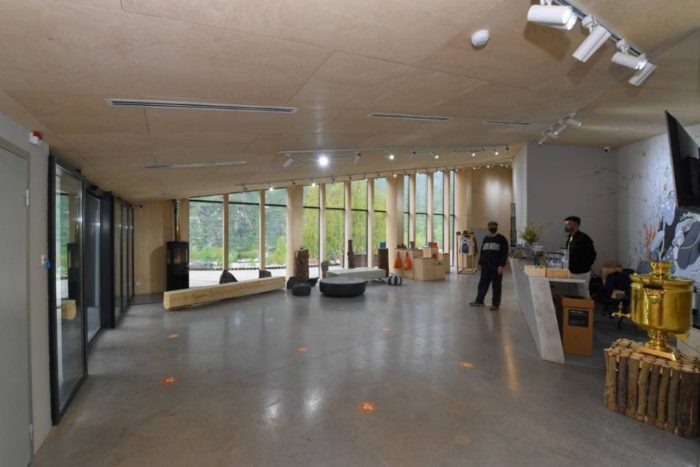 Similar tourist centers with information services and sanitary units are planned at the Ile-Alatau National Park in the Big Almaty Gorge. A viewing platform with a view of the Big Almaty Lake will also be installed.

Over the past four years, within the framework of the ecotourism development plan in Almaty, more than 1,000 kilometers of mountain routes have been digitized with routes made available via online and offline GPS navigators such as the ViewRanger and 2Gis.

Some 36 routes with a total length of 500 kilometers have been landscaped in the Almaty mountain cluster and 172 more kilometers are expected to be landscaped before the end of the year. 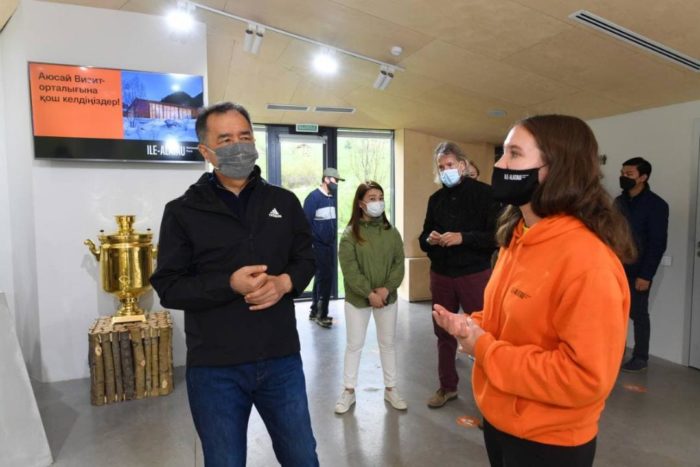 “The main goal is the preservation of a unique mountain lake, which is a source of drinking water, and ecological balance for the region,” wrote Sagintayev on his Instagram page.