From India to Crimea, through Syria, Iran and Kyrgyzstan, Kazakhstan has been using its resources for the benefit of peace on both continents for many years. This has made the country a preferred partner of the European Union. 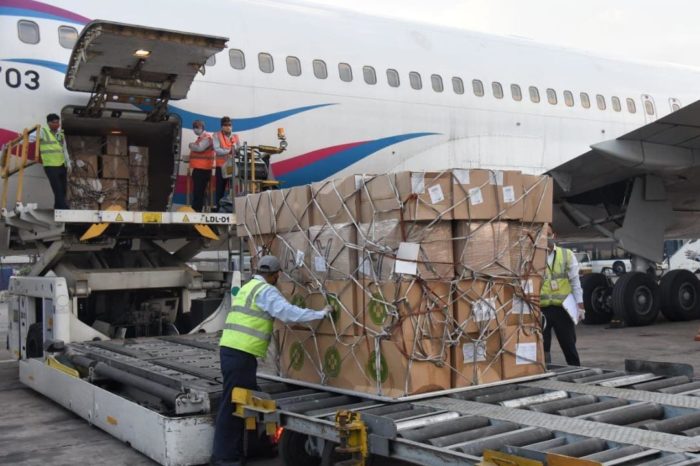 Two Kazakh aircrafts with emergency humanitarian assistance arrived on May 14 in India’s New Delhi. Photo credit: The press service of the Kazakh Ministry of Foreign Affairs.

Over 400,000 new infections and 4,000 deaths a day, overcrowded hospitals, overcrowded cemeteries… In India, the echoes of the coronavirus pandemic became a ticking time bomb in the country of 1.3 billion, where the most vulnerable groups of the population are the most affected. In response to this chaotic situation, international society has demonstrated solidarity, starting with Pakistan, which has provided medical equipment to help its neighbor to weather the storm.

“We are ready to join efforts with our Indian friends to contain the pandemic and provide all possible assistance in the spirit of strong friendship and mutual support between our states,” said Kazakh President Kassym-Jomart Tokayev.

The announcement came after Nur-Sultan extended a helping hand to another neighboring country, Kyrgyzstan, following the outbreak of the recent conflict with Tajikistan. At the end of April 2021, due to the conflict between two sides, more than 30 people were killed and 120 were injured. The reason was the dispute over access to a reservoir located on the Kyrgyz side and claimed by Tajiks. Recalling the values ​​that bind the two countries, Tokayev provided Kyrgyzstan with humanitarian assistance sending 10,000 tons of flour.

“We shouldn’t be complacent,” he said, stressing at the same time the ability of the Kazakh army to intervene if necessary. Responsive to international issues, the head of Kazakhstan carefully plays the card of reconciliation and mutual assistance, which he regularly uses without hesitation. This profile can be explained by his political and professional background. A former foreign minister from 1994 to 2011, he served as Deputy Secretary General and then Director General of the United Nations Europe Office, until his election in June 2019 to the post of head of the former Soviet republic.

Kazakhstan’s natural inclination towards fulfilling the role of regional mediator manifested itself immediately after its independence in 1991, when Kazakhstan attempted to facilitate a reconciliation in Nagorno-Karabakh, which was welcomed by François Mitterrand during his visit in 1993. The country of 19 million, a strategic platform between China, Russia and the European Union, also showed its mediation skills when it took over as head of the Organization for Security and Cooperation in Europe (OSCE) in 2010, which resulted in the signing of a joint declaration in Astana (the former name of the capital).

As a member of the Shanghai Cooperation Organization (SCO), Kazakhstan then played a major role in the Crimea crisis in 2014, when former President Nursultan Nazarbayev persuaded François Hollande to meet with Vladimir Putin to bring Russia closer to the European Union. In 2017, the Astana Process also created four ceasefire zones in Syria, recognized by Russia, Turkey, and Iran. In 2018, the Kazakh capital again featured prominently in diplomatic news with the signing of a global declaration on primary health care and an interfaith treaty to combat terrorism. A year later, it was Kazakhstan that organized negotiations on the Syrian conflict, bringing insurgents and government officials to the same negotiating table.

Thanks to its influential position, over the years Kazakhstan  has become a privileged partner of the European Union, with which it signed an enhanced partnership and cooperation agreement in early 2018. Ties with France are especially strong on such important issues as economic cooperation, sustainable development, security, and the fight against terrorism. France is also one of the five main trading and investment partners of Kazakhstan, where such large groups of the Paris Stock Exchange as Saint-Gobain, Alstom, Danone, Total, Orano, and others are represented. Franco-Kazakh relations should be further strengthened with the signing of the Roadmap until 2030, aimed at developing new trade and economic projects.

Emmanuel Macron’s visit to Nur-Sultan, which had been planned for a long time, but was postponed due to the coronavirus pandemic, should allow for the continuation of the implementation of common tasks between the two countries.

The article was originally published in the French magazine LaDiplomatie.