By Assel Satubaldina in International, Kazakhstan’s Independence: 30 Years on 18 May 2021

NUR-SULTAN – Spain is keen to boost bilateral cooperation with Kazakhstan, said Spanish State Secretary (i.e. Deputy Minister) for Foreign Affairs and for Ibero-America and the Caribbean Cristina Gallach during her visit to Kazakhstan. The Astana Times sat down to talk with Cristina Gallach about the outcomes of her visit and what lies ahead for bilateral ties between Kazakhstan and Spain. 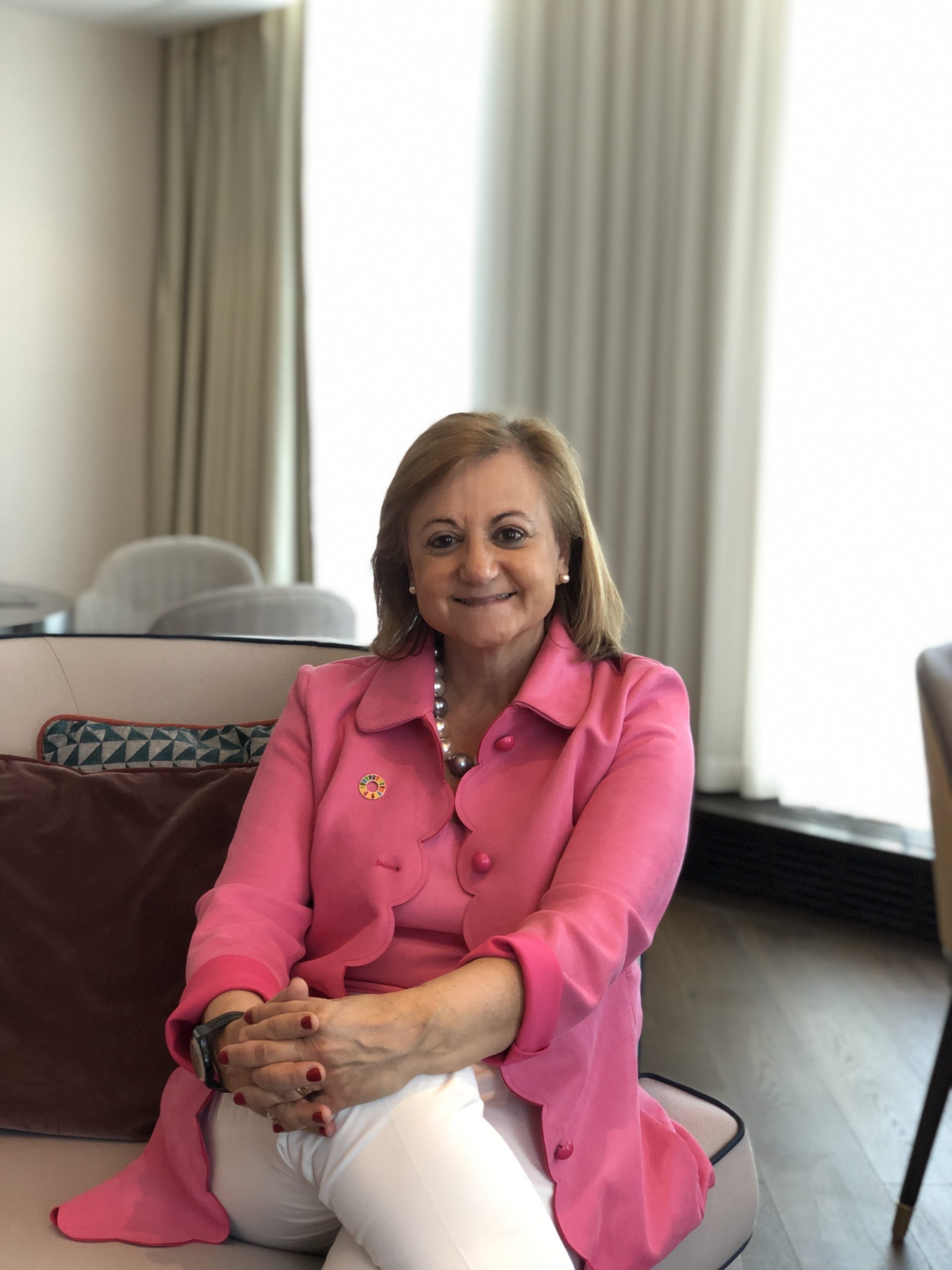 The consultations focused on a wide range of areas in bilateral relations, cooperation at a multilateral level, including the relations between the European Union and Kazakhstan and the situation in Central Asia.

This year, the two countries marked 29 years since the establishment of diplomatic relations in February 1992, just a few months after Kazakhstan gained independence.

Over these years, there have been multiple high-level visits. The King and the Prime Ministers of Spain visited Kazakhstan several times, so did the President of Kazakhstan to Spain, besides regular political and economic consultations.

But the COVID-19 outbreak has slowed down trade relations, according to Gallach, and her visit is meant to put relations back on track.

Talgo, producing and maintaining fast trains, is among the major ones, which Gallach has also visited.

“But now it seems that we are seeing the light at the end of the tunnel. It is probably the moment to give another impulse to recover some of our trade and investment relationship, which has gone a bit backward in the last years and also to build on a stronger political relationship. I had the opportunity to invite the Foreign Minister (Mukhtar Tileuberdi) to visit Spain hopefully in a couple of months,” she said in an interview for this story.

She noted the important role of Kazakhstan as a key partner in the region of Central Asia.

Investments, however, need to be revamped. As of 2019, the gross inflow of direct investment from Spain to Kazakhstan amounted to $250 million and almost $20 million from January to September 2020.

“I hope that after the return to normality, we can seek what I would call a second wave of trade and investment relations,” she said.

She said more opportunities could be unlocked in such areas as mobility, infrastructure, renewable energy, water and sanitation, food production, hospital construction and equipment, digitalization and smart cities.

In developing wholesale distribution centers across the country, Kazakhstan also looked at the experience of the Spanish Mercasa company.

“Our companies can be very competitive and we hope to be able to make them more known to different business sectors here, to the government, and to organize business opportunities. And considering the trends on sustainability that the governments are committed to undertake through the sustainable development goals, through the Paris agreement, I think we are very well positioned,” she said.

People-to-people contacts are an important part of Kazakh and Spanish cooperation, and the two cultures are “very compatible with one another.”

Gallach said that Spain plans to increase the number of centers teaching the Spanish language and accelerate efforts to launch direct flights.

“I have just visited the Opera House, which is fantastic. And I am sure we can find many ways to cooperate in the area of musical performances and the arts. So the sky’s the limit. We are eager for travel to be resumed and we keep working for the establishment of direct flights from Nur-Sultan or Almaty to Madrid and Barcelona,” she said.

Gallach also congratulated the citizens and the country on the 30th anniversary of independence.

“I would add something personal, at the time of Kazakhstan gaining independence, I was working in Moscow. I was a correspondent in Moscow, and I was covering the Soviet Union republics. And those were very moving days, seeing how the different republics were gaining independence. And I have had the opportunity to travel not very often, but from time to time to Kazakhstan and see how the country matured and changed, how the capital was built from scratch. So I think the Kazakh people can be very proud of what they have seen happening,” said the Spanish diplomat.

Gallach also commended the international initiatives of Kazakhstan, including nuclear non-proliferation and the abolition of the death penalty.

“I think the contribution of Kazakhstan to multilateralism is very positive. I have worked at the UN and I’ve seen the role of Kazakhstan in these multilateral organizations including the Organization for Security and Cooperation in Europe, which Kazakhstan chaired 10 years ago. I congratulate Kazakh people for their extremely successful undertakings,” she said.