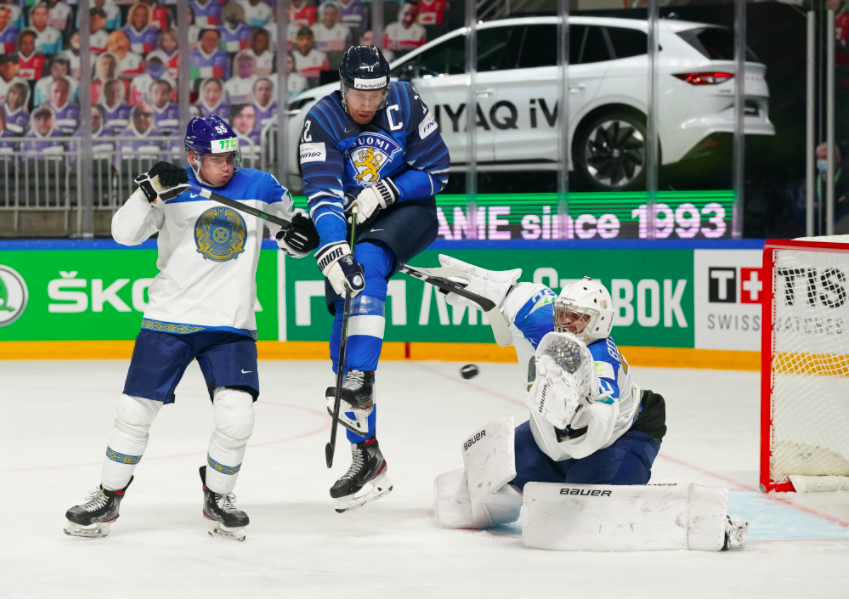 Despite the intense first half, the score was only opened in the middle of the second period by Finland’s Anton Lundell. The advantage did not last long, as after just two minutes Kirill Panyukov evened out the score. The defending champion applied a lot of pressure and bombarded the gates of its opponent with insistence and skills but Kazakhstan stood its ground.

While many predicted an easy win for Finland, both teams did not manage to change the score for the rest of the match leading to a final shootout. The Kazakh team’s Captain Roman Starchenko, Curtis Valk and Nikita Mikhailis succeeded in the shootout, while the goaltender Nikita Boyarkin saved attempts from Finland’s Teemu Turunen, Arttu Ruotsalainen and Jere Karjalainen.

Boyarkin’s endurance on the ice and excellent work during the shootout has earned him a Hero of the Day title at the championship. “The games were hard-fought and our goalie [Boyarkin] obviously played amazing today,” said Valk after his team’s victory.

Along with the team’s first victory over Latvia with a 3-2 score, this constitutes the strongest performance of the national team at the world championships. The last time Kazakhstan played in the top division was in 2016. Back then the team in the group was able to score only two points, and winning once in overtime. Kazakhstan has also lost all three previous World Championship meetings with Finland (4-0 in 1998, 4-1 in 2012, 4-3 in 2014). 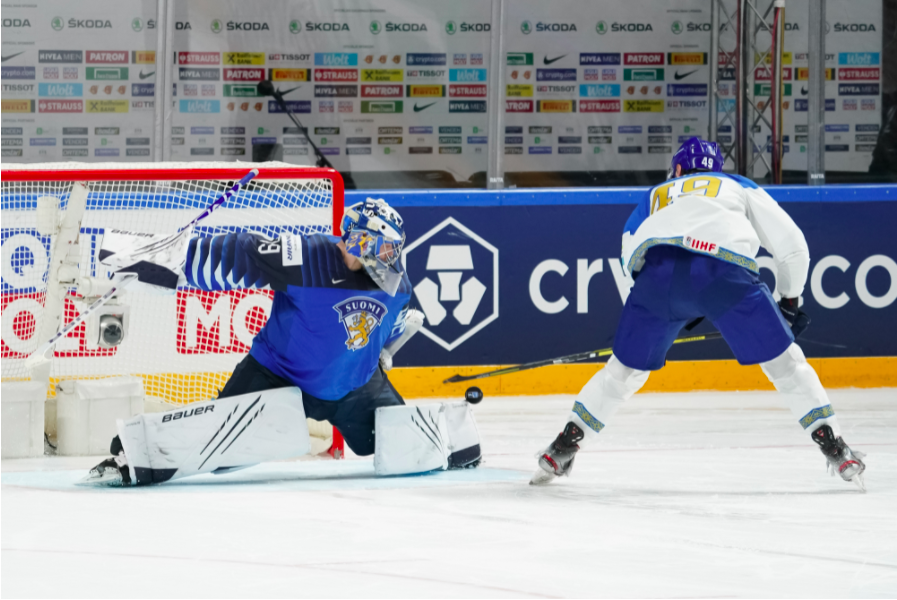 Kazakhstan will face Germany in the next round. Photo credit: IIHF.

While Kazakhstan does not face the additional pressure of elimination from the tournament, it has not been handed an easy task by being placed in a strong group with such opponents as the U.S., Canada and Germany. The sensational win over Finland already increases Kazakhstan’s chances of fighting for a higher spot at its group’s final table, although its chances of getting into play-offs are still considerably low. Nonetheless, without its two prominent players, Nigel Dawes and Henrik Karlsson, present on the roster this year the national team could be taking the chance to hand over more learning opportunities to its new younger generation of players.