By Zhanna Shayakhmetova in International on 5 May 2021 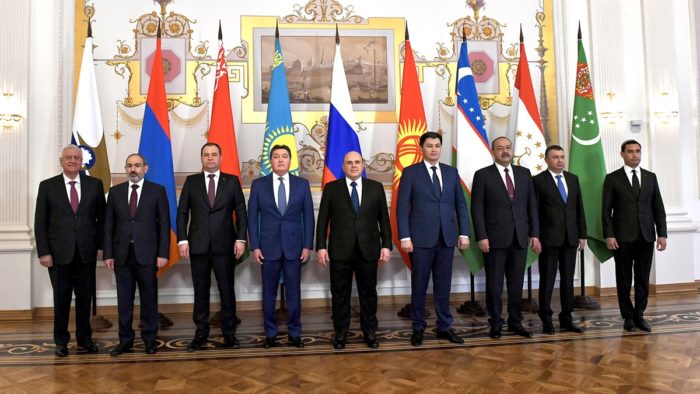 Kazan hosted the the Eurasian Intergovernmental Council meeting, which was held on April 30. Photo credit: Primeminister.kz.

Mamin spoke about the improvement in the mutual trade between the countries of the Eurasian Economic Union, the growth in the manufacturing sector and the increase in business activity in the service sector.

“Our countries are gradually moving to the recovery phase. The mass vaccination campaigns in our countries allow the EAEU to exit from the crisis in the short term,” said Mamin, who chaired the Eurasian Intergovernmental Council this year.

In January-February 2021, mutual trade reached $9 billion in the EAEU, which is 6.8 percent more than in the same period last year.

“Our countries have both human and resource potential to develop all strategically important types of products and services, including batteries for electric cars, rare metals, agricultural products with high added value and other products,” said Mamin.

Kazakh Prime Minister called on the organization to strengthen work to prevent barriers to mutual trade, to increase the efficiency of border crossing procedures, and to exchange data from monitoring and control systems.

It was reported that the EAEU has the opportunity to increase its share in the international transportation market and join external production chains.

Earlier, the Kazakh Prime Minister attended the first meeting of the Eurasian Intergovernmental Council, which was also joined by the leaders of Armenia, Belarus, Kyrgyzstan and Russia.