NUR-SULTAN – Almaty-based FC Kairat beat FC Aktobe at the Central Almaty arena with the 4:2 final score on May 18, reports the press service of the club. The game marked the first time Kairat allowed spectators to watch the game from its stadium’s stands since the start of the COVID-19 pandemic. 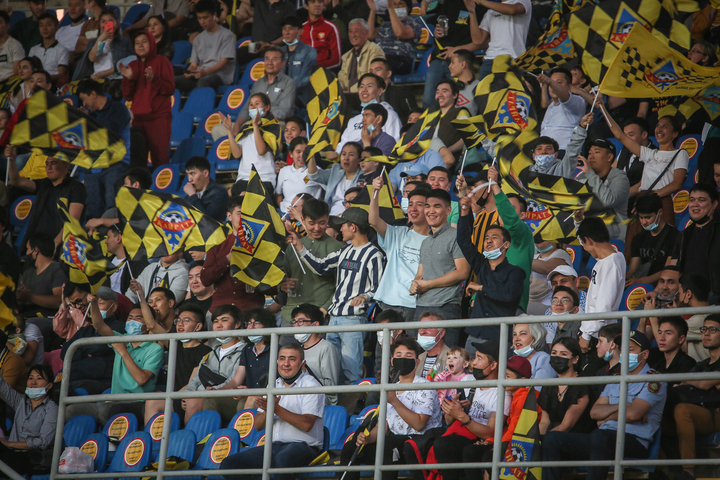 Fans of FC Kairat have been allowed to enter the Central arena for the first time in over a year. Photo credit: Almaz Toleke / Informburo.

The entrance for the match was free of charge. However, only 20 percent of the maximum 4,500 capacity of the stadium was admitted inside. Limited capacity caused Kairat’s most active supporters to come as early as possible to reserve their seats.

“We came to support our Kairat team. It is a pity that we were not there when Kairat became champion. Now we want to make up for this and we will root for our team,” said Elena, a fan of the club, in an interview for Informburo. 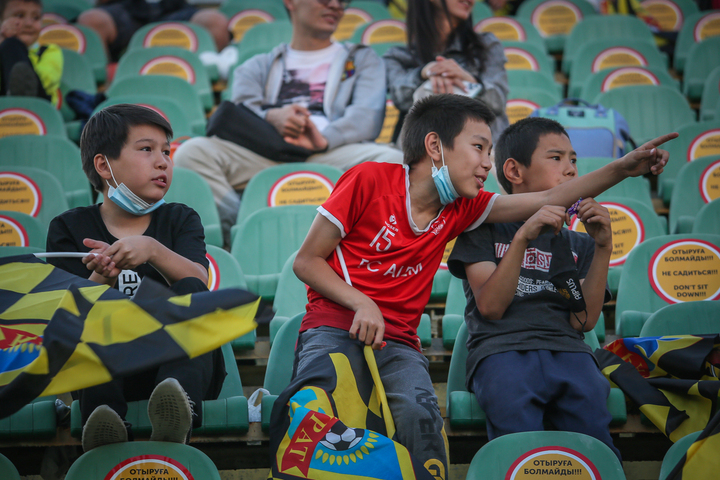 FC Kairat is the acting champion of the Kazakh Premier League, a title which the club won without its fans present at the stadium.

The return of football fans to the stadium served as a pleasant reminder of the sense of normalcy that has been missing since the COVID-19 outbreak. “It will be difficult for the players, especially the first minutes. I think the teams will play good football for the audience. You watch games on TV and the players don’t have the same emotions. They play like they are at training camps. It feels like a non-competitive match with little struggle. With the fans present, they will try and will give all their strength and energy to win,” said Alexei Ruban, a former employee of FC Kairat and its longtime supporter. 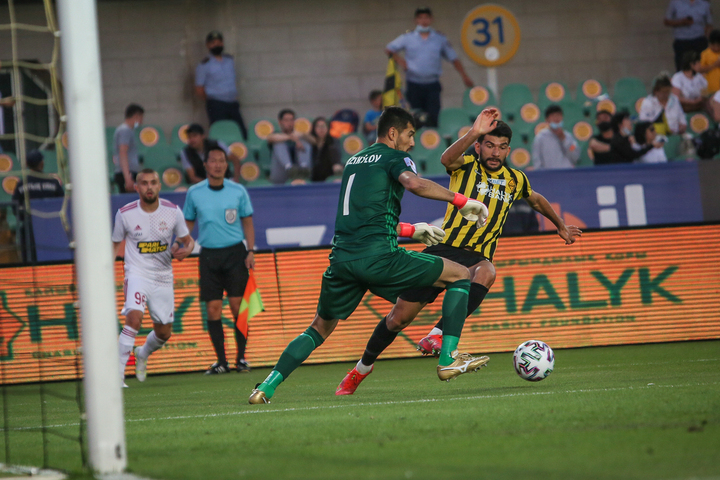 Kairat midfielder Sultanbek Astanov and Aktobe goalkeeper Jasur Narzikulov during eventful second half of the match.

Kairat opened the score with a goal by Artur Shushenachev, who ended up scoring twice in the first half. Before half-time, Didar Zhalmukan from the Aktobe team managed to score the away goal. Shortly after the break, Jose Kante scored the third goal for Kairat securing the host’s lead. Aktobe’s Mukam Ervein and Kairat’s Neboisha Kosovich also both scored for their teams in the second half.

Kairat now has 20 points and is in 4th place in the Kazakh premier league, while Aktobe is 9th with 13 points. 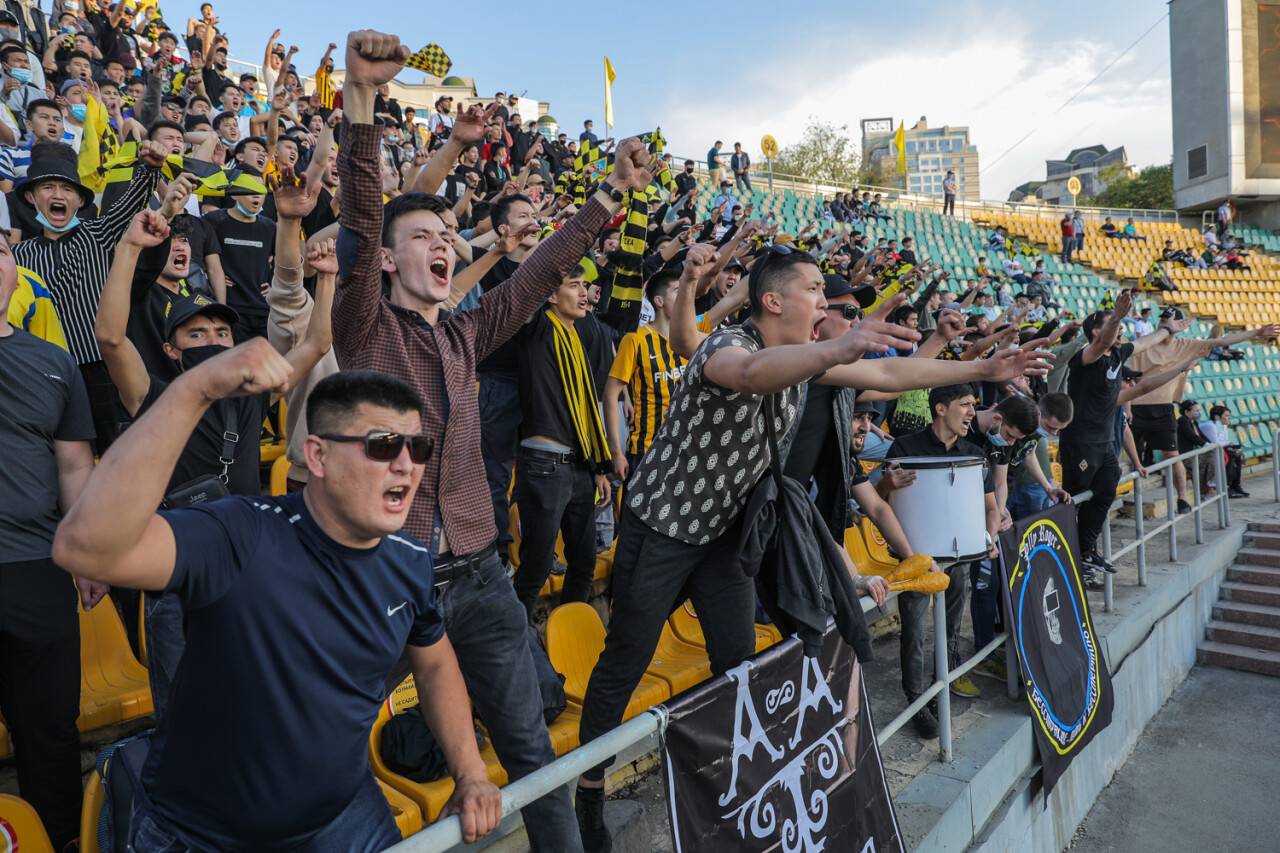 In the next round, FC Kairat will face FC Astana, current leader of the Kazakh Premier League.