What Is a Yurt? This Instagram Project is Set to Find Out the Answer

NUR-SULTAN – Two architects, Aida Issakhankyzy and Altynay Imanbekova, launched an Instagram research project for the collection of data and information about yurts (a traditional portable nomadic house). In an interview for The Astana Times, the creators of Re:yurt share the way their project analyzes the yurt’s historical context and its meaning for modern times. 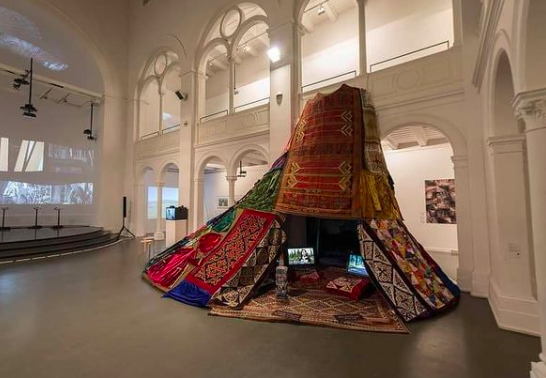 The ultimate mission of the project is to highlight the ever-evolving and adaptable nature of the yurt, as opposed to a stiff historical summary of the past, and to demonstrate that the nomadic house could still be relevant to Kazakh modern life today.

Re:yurt is a continuation of Issakhankyzy and Imanbekova’s other visual project, Almaty Patterns, which is a collection of patterns and ornaments found on Almaty buildings. Almaty Patterns propelled the architects to look into historical Kazakh architecture and nomadic architecture. This is how the narrower focus on yurts came about.

When asked to define a yurt, Issakhankyzy and Imanbekova emphasized that it is not just a “museum piece” and that it is more than a house. According to them, a yurt is a “representation of the nomadic worldview and lifestyle,” as well as a “part of the fundamental cognitive orientation of nomadic society encompassing the entirety of the society’s knowledge.”

As evidence for the latter statement, the project’s authors highlight a strong presence of the yurt in Kazakh folk sayings and the fact that it was inscribed in the representative list of the Intangible Cultural Heritage of Humanity by UNESCO in 2014 (nominated jointly by Kazakhstan and Kyrgyzstan).

However, today the meaning of the yurt seems to be in flux because it is no longer actively used by Kazakh people for shelter. This ambiguity, along with the conviction that the way to respect traditions is to keep them alive by engaging with them, drove Issakhankyzy and Imanbekova’s research.

During the pandemic, both architects had to work with electronic libraries to gather the material. It is meticulous work but finding and sharing with each other old photographs and texts about yurts remains their favorite part of the project.

Some of the interesting and less-known artifacts discovered during the research include photographs illustrating the way yurts also used to function as a workspace for shoemakers and blacksmiths instead of just a living space. 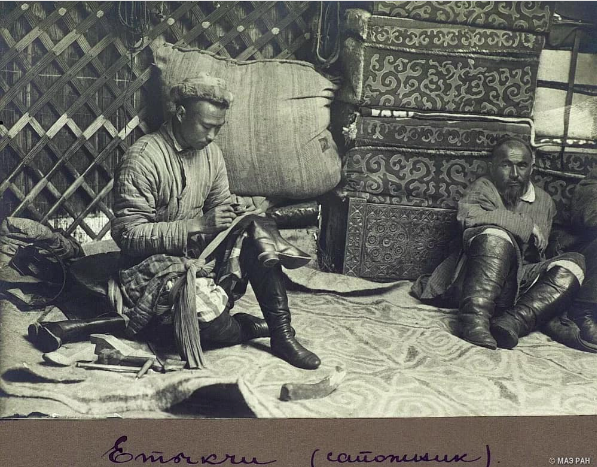 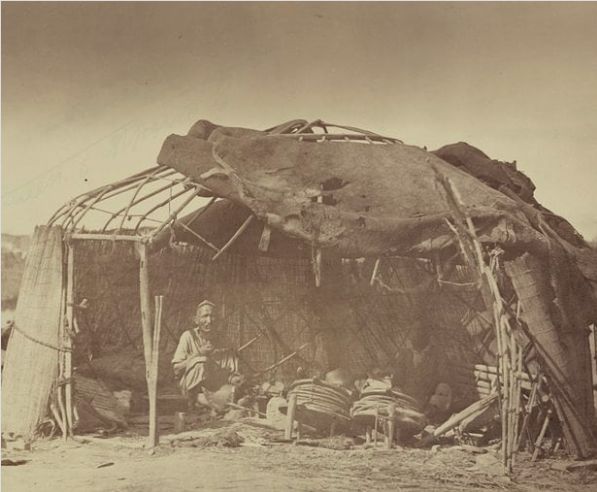 The versatility of the yurt’s space is one of its main advantages. “In the past, the main forte of the yurt was its universality, including mobility, ease-of-use and adaptability to different scenery and climate,” comment Issakhankyzy and Imanbekova.

In addition to focusing on the yurt as a whole, they looked separately at the different parts of the nomadic house and the meaning each of them has.

For Issakhankyzy and Imanbekova, the material they found for Re:yurt is a window into the everyday life of 19th and 20th century Kazakhs. They especially credit the work of Abylkhan Kasteev, one of the first artists to depict mundane scenes of nomadic life.

Kasteev’s paintings of different shapes of yurts found across the Kazakh steppe surprised and inspired the architects, as it expands a popular notion of how a yurt looks like. 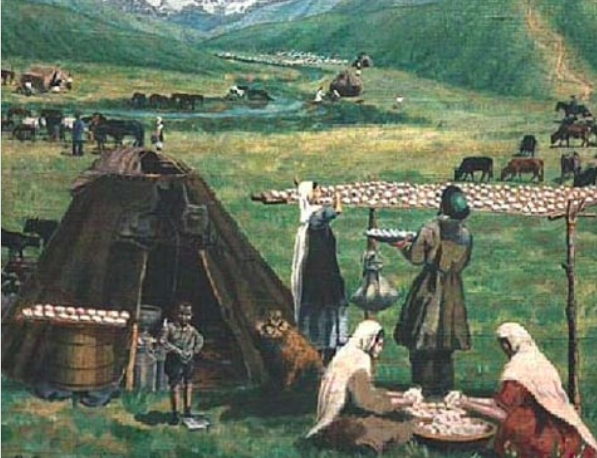 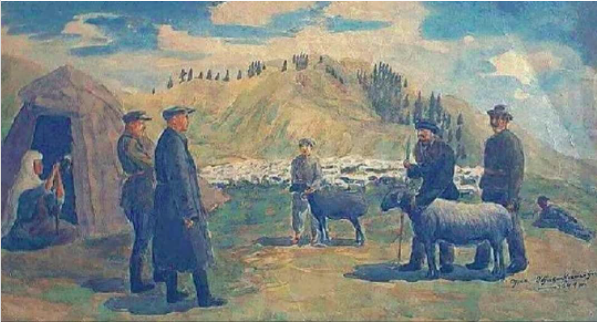 Issakhankyzy and Imanbekova’s strategy of adapting and critically engaging with traditional knowledge is achieved not only with thorough research but via communal work as well. They continuously seek to engage other Central Asian designers and artists to collaborate and experiment on the project.

The next steps for Re:yurt, after the completion of the main research, include eventually organizing an architectural competition, or a Yurt Biennale as the creators refer to it, with the aim of inviting others to collectively reflect on the image and purpose of a yurt today.