Vision Without Execution is Hallucination

It was less than a year after Sir Suma Chakrabarti, as President of the European Bank for Reconstruction and Development, described Kazakhstan as a “prime investment destination” that he was offered the role of the advisor to the President for Economic Development and Governance,  Deputy Chair of the Supreme Presidential Council on Reform and Deputy Chair of the AIFC Management Council. What was it that he saw, and what can Kazakhstan expect from such a senior reformer?

The new Agency for Strategic Planning and Reforms is said to be responsible for ‘the development of reforms, coordination of state bodies and quasi-state institutions in the state planning system, coordination of proposals from state bodies designed to improve the public administration system as well as strategic forecasting and analysis of the nation’s development and the global situation the country finds itself in’.

In short, the Agency is to design, coordinate and make sure that wholesale reforms across Kazakhstan take place after their approval by the Supreme Presidential Council on Reform.

As James J Walker once said, ‘A reformer is a man who rides through a sewer in a glass-bottomed boat’, which is fine, but in itself, seeing what needs to be done does not ensure that reform happens. The real skill is not just to document what needs fixing, but to be able to translate that into plans and actions which the leadership can accept and will act upon. This is made harder still if previous ‘reformers’ have been like the honest old minister sent to the weavers in Hans Christian Andersen’s The Emporer’s New Clothes, often with a Panglossian optimism that we are living in ‘le meilleur des mondes possibles’. 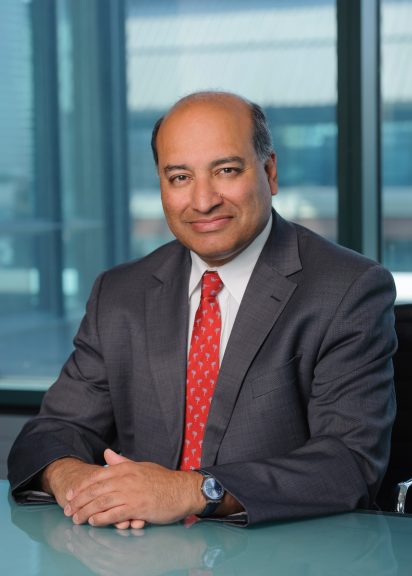 Sir Suma is certainly the man for the job – to translate vision to tangible reforms. Throughout his impressive career, he has been able to speak truth to power, and to implement far-reaching reforms both in the UK and the EBRD.

So what might we expect from Sir Suma and the new Agency: Here are my predictions:

1.Rationalisation: The “100 Concrete Steps to Implement Five Institutional Reforms” were unveiled in 2015 to support the country’s 2050 plan. They sit alongside a myriad of other strategic initiatives at a national and local level. Those 100 steps have morphed into thousands of sub-steps and even more sub-sub-steps, making it extremely difficult to manage their implementation. Sir Suma and his team will almost certainly be looking to rationalise and consolidate Kazakhstan’s many strategies, initiatives and plans into a few, clear and easily measurable objectives. That clear vision will allow everyone in the Government to know the role they play in the delivery of the Reforms and, by clearly allocating roles across Government, for the Agency to hold civil servants at all levels accountable for their performance;

2.Collaboration: Sir Suma’s brilliance is his ability to coalesce talent around and in support of a plan. In the UK’s Cabinet Office, Suma and Jeremy Heywood were both known and respected for their ability to make things happen, without the need to receive any of the limelight, something so rare in politics today. We can expect that reforms will not be top-down, but will be developed in a collaborative and inclusive way, albeit directed towards the vision for the country: The good shepherd doesn’t shout the loudest at the sheep, or smother the sheep with praise and wealth, but rather employs the best sheepdog to herd the flock!

3.Diversification: Not only can we expect Sir Suma to be championing economic diversification into agriculture, industry, tourism and finance, trying to wrestle the economy away from its addiction to petrochemicals and mining, but we can expect a push for greater diversification in Cabinet and on the boards of State-Owned enterprises. I would also expect a focus on the decentralisation of power away from Nursultan and into the regions, empowering local economies across Kazakhstan and devolving control and power as necessary to promote development, investment and jobs;

4.Governance: I imagine that this will be a priority across Government, ranging from a crackdown on the corruption complained about by so many citizens, as well as ensuring that leadership roles in Government and in State-Owned enterprises are awarded on merit. I would also expect that Government officials will be required to undergo ongoing training and monitoring to ensure they are at the top of their game, that their focus is on the citizen and that Governmental organisations are run efficiently, with a focus on budget adherence;

5.Delivery: Strategy without execution is hallucination, and I would expect that Ministerial and civil servant accountability will be one of the drivers behind a delivery monitoring strategy akin to the one that Sir Suma ran for Prime Minister Blair. Officials that deliver will be recognised and promoted, whilst those that fail to deliver their promised objectives, or who are not seen to be serving the citizens of Kazakhstan as well as they might, will find themselves in other less demanding roles or without any role at all.

6.Transparency: For reforms to become embedded in the fabric of society, the citizens need to be engaged in shaping them, and should feel the benefits of them. Open and honest communication, both ways, between citizens and the Government will, I believe, be a key facet of the Agency’s work. Citizens should feel empowered and able to comment on the reforms; to point out where they are working well, and where there needs to be a greater focus. When the Chairman of the Supreme Court of Kazakhstan provided his personal Facebook details and email address for people to write to him with their suggestions for improvement, he had no idea of the willingness of Kazakh citizens to let him know their thoughts. That feedback led to the finalisation of the Supreme Courts’ 7 Pillars of Reform, which have been a benchmark for judicial reform around the world As the saying goes, for any citizen who thinks they are too small to make a difference, they should spend a night in a room with a mosquito. I suspect that transparency, access, communication and trust will be watchwords of any reform programme.

7.Reputation: I would expect that, as well as looking inwards at the development of Kazakhstan for its citizens, the Agency will also look to improve Kazakhstan’s reputation globally. What does the world know of Kazakhstan’s beauty, culture, heritage and achievements? What does it know of the highly educated people of Kazakhstan, and their ingenuity, strength and pioneering spirit? Not enough. Instead, the message from Government has historically been focussed on minerals, petrochemicals, and an occasional pride in evading international legal obligations whilst suggesting that people invest in the country. To restore and rebuild Kazakhstan’s international reputation as a safe harbour, with a talented workforce and a gateway to Central Asia, will be a key component of any strategy to enhance investment into Kazakhstan.

With a singularity of vision, backed by a clarity of purpose, an accountable civil service, a diversified economic policy developed in conjunction with the people, and a better reputation for sustainable inward investment, it is easy to see how Kazakhstan’s vision to be one of the top 30 countries in the world, above France, Italy, Spain and Turkey, can be achieved well before the 2050 target date.

Wishing Sir Suma and all those that comprise the Agency for Strategic Planning and Reforms every success in their endeavours.

The author is Mark Beer OBE, the Co-Founder of Seven Pillars Law in Kazakhstan, Chairman of The Metis Institute, a Visiting Fellow at the University of Oxford and a Visiting Professor at the Shanghai University of Political Science and Law.