By Staff Report in International, Kazakhstan’s Independence: 30 Years on 23 April 2021

NUR-SULTAN – On April 21, U.S. Ambassador to Kazakhstan William Moser held a press conference to mark the 30th anniversary of diplomatic relations between the U.S. and Kazakhstan, the press service of the U.S. Embassy in Kazakhstan reported. 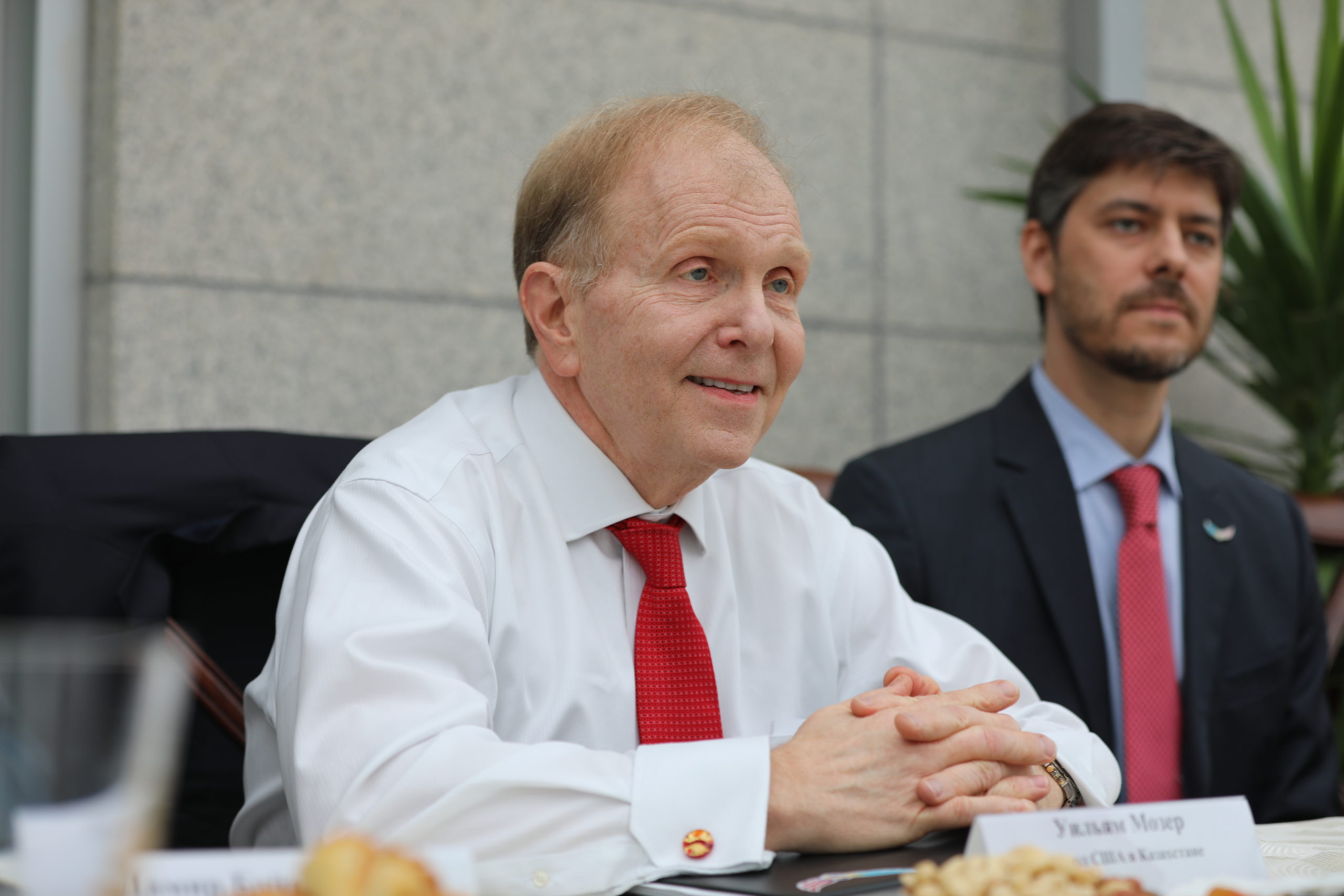 This year, the U.S. Embassy to Kazakhstan launched the 30 Years Together Campaign that goes through December 16 “to celebrate 30 years of independence, friendship, and partnership between the U.S. and Kazakhstan.” The key events highlight the important achievements that have happened over the 30 years of cooperation between the countries.

“As the first country to recognize the independence of Kazakhstan, we are proud to celebrate this anniversary together,” said Ambassador Moser.

Ambassador Moser expressed optimism about humanity’s victory over the COVID-19 pandemic, as he urged Kazakh people to vaccinate as soon as possible. The Ambassador also shared his hope that Kazakhstan will use American vaccines as well in the near future.

Regarding the economic side of the bilateral relationship, Ambassador Moser highlighted the $1.4 billion of U.S. investment in Kazakhstan’s economy in 2020. Over the past 30 years, the U.S. also invested more than $35 billion in the oil sector of Kazakhstan’s economy.

Agriculture was mentioned as a new potentially fruitful new field for economic partnership between the two countries.

The development of tourism in the Turkistan region was also noted by the ambassador, who said that he had not visited it yet but hopes he will have the opportunity to do so after the pandemic ends.

The U.S. embassy also supports local programs aimed at educating and developing professional skills of Kazakh journalists, healthcare workers and others. The embassy specifically supports the development of Kazakh-language media, as well as assists doctors and medical workers in responding to the spread of disinformation regarding vaccination and the pandemic.

Ambassador Moser explained that the visa regime between Kazakhstan and the U.S. will remain in place for the foreseeable future and that the plans for opening direct flights between Nur-Sultan and New York have been postponed due to the pandemic.

Ambassador Moser also said that he enjoys learning the Kazakh language and hopes to improve in time.