Turkistan to Become Center of International Tourism and Pilgrimage

By Staff Report in Kazakhstan Region Profiles: A Deep Dive Into the Heart of Central Asia, Kazakhstan’s Independence: 30 Years, Tourism on 20 April 2021

NUR-SULTAN – Turkistan is the cultural and historical city of Kazakhstan, a center of international tourism and pilgrimage. This year, the ancient city of South Kazakhstan was named the spiritual capital of the Turkic world at an informal summit of the Cooperation Council of Turkic-Speaking States. In February, it was officially admitted to the list of World Heritage cities of Eurasia. One of Kazakhstan’s sacred places

It is believed that the first settlements on the territory of Turkistan date back to the sixth century AD. However, at the online 10th International Conference of Eurasia World Heritage Cities held on Apr. 5, Akim (Mayor) of Turkistan Rashid Ayupov made a sensational announcement.

“In 2020, we launched the Stratigraphy of the Turkistan Settlement project and we examined the archaeological complexes of the ancient city. During the excavations, it was found that the initial appearance of a settlement in the area took place in the 16th-14th centuries. The Bronze Age complex found in the Sherbai necropolis located on the southern outskirts of the city determined the age of Turkistan to be 3,000 years,” said Ayupov.

According to the authorities, archaeological research will continue.

In the south of Kazakhstan, in a valley between the Syr Darya River and the Karatau mountains, there were once two ancient settlements – Shavgar and Yasy, which were administrative and economic centers of Turkistan in different historical periods. First, the main city of the region was Shavgar, then Yasy (as Turkistan was called until the 16th century).

Since the Great Silk Road passed through these lands and Yasy was the place of preaching activity of the great thinker, poet, and Sufi Khoja Ahmed Yasawi, over time the city became a center of art, science, and world trade. When its fame spread throughout the Muslim world, Yasy was named “the second Mecca.” 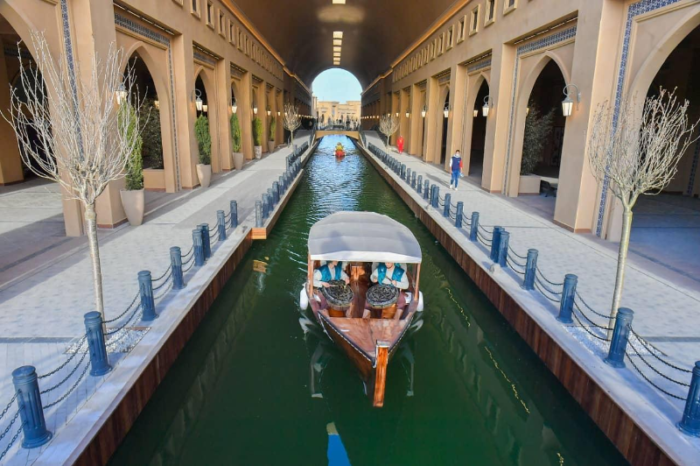 The Keruen-Saray tourist complex opened in Turkistan in April.

In the 16th century, Turkistan was mentioned in many written sources and it was named as the capital and main city of the Kazakh Khanate (a Nomadic state) until the 19th century.

The next significant period of history is related to the entry of these lands into the Union of Soviet Socialist Republics (USSR), when industry began to develop in the city. In 2018, Kazakhstan’s First President Nursultan Nazarbayev signed a decree on the formation of the Turkistan region. Turkistan is now developing as a tourist hub and financial center.

The Hazret Sultan international airport, the Western China-Western Europe international highway were built and are operating, new theaters, museums, ultra-modern stadiums, and media centers were built. The Orenburg-Tashkent railway passes through Turkistan, and now, together with Uzbekistan, a project is being worked out to launch a high-speed train Turkistan-Shymkent-Tashkent.

A total of 170 new facilities are planned.

The largest University in the Central Asian region named after Khoja Ahmed Yasawi is also located here as well as the recently opened University of Tourism, Hospitality and Sports.

More than 30 million trees including fruit trees have already been planted around the city, and new squares and parks with fountains were opened in the city.

A free economic zone in Turkistan has been created to boost economic development. A special legal regime with tax exemptions and customs exemptions has also been introduced. Turkistan and the region are now included in the ease of doing business ranking in the country.

Turkistan is the largest spiritual center of pilgrimage and tourism not only for Kazakhs, but also for tourists from all over the world. There are more than 800 monuments of archeology, history, and architecture in the Turkistan region.

It is projected that the number of tourists will increase to one million people by 2030.

The government plans to make Turkistan the main spiritual center of the country. A city with a long history has a plethora of sacred sites and tens of thousands of tourists come annually to perform the small hajj (Islamic pilgrimage).

Kazakh President Kassym-Jomart Tokayev said that “for all Turkic peoples, Turkistan is the land of the fathers, a blessed place and home” at the recent informal summit of the Cooperation Council of Turkic-Speaking States.

“Kazakhstan is interested in using the partnership with the Turkic states to pursue a policy of modernization,” explained Andrey Kazantsev, Doctor of Political Sciences, Professor at the Higher School of Economics, Chief Researcher at Institute for International Studies (IIS) at Moscow State Institute of International Relations (MGIMO).

“The Turkic Council is one of the directions of Kazakhstan’s foreign policy. It plays a major role in the field of education, culture, partly in the field of economics, politics,” he added.

Valentina Komleva, the head of the Department of Foreign Regional Studies and International Cooperation of the Russian Institute of Public Administration and Management (IPACS RANEPA) said that the region is promising, primarily from the point of view of the economy of cultural heritage.

“This rich cultural heritage can increase economic profitability. A tourist hub and cultural center will not only allow the authorities to raise money to maintain ancient monuments, but also develop nearby territories, where there are many archaeological monuments of antiquity and the late Middle Ages. This will raise the socio-economic standards of living in the region and will provide both direct and indirect employment of the population,” said Komleva.