By Andrey Beloborodov in Business, Kazakhstan’s Independence: 30 Years on 16 April 2021

Natural resources and economic development play a critical role in any country’s economy. 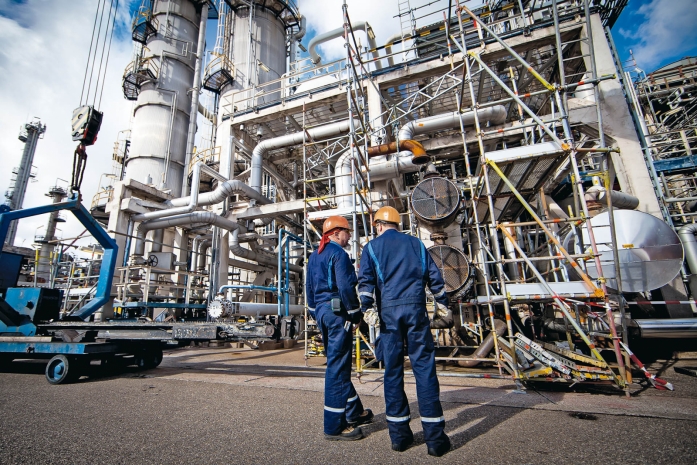 Since Kazakhstan gained its independence, the government has paid special attention to the local natural wealth of the country as the territory has one of the largest oil and gas fields in the region. Kazakhstan can boast having the world’s second largest reserves of uranium, chromium, lead. Phosphate, which is used for manufacturing mineral fertilizers, can be found in the south of the country. Kazakhstan also increased its production of hydrocarbons to expand its international trade relations. 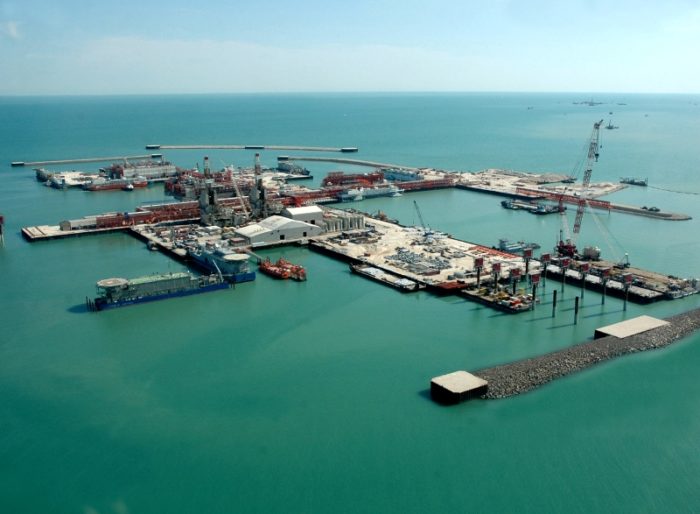 Kashagan field is one of the world’s largest and most complex offshore oil fields discovered during recent decades. Photo credit: KMG Kashagan BV.

Kazakhstan’s oil production began in Uzen. Oil and gas deposits near the village of Kyzylsai, on the Mangyshlak peninsula of the Caspian Sea, were discovered in 1961. Oil reserves here are estimated at 1.1 billion tonnes.

In 1979, geological explorations made two major discoveries in Kazakhstan. An oil field totaling 3.1 billion tonnes of oil was discovered near the Caspian Sea, 350 kilometers from Atyrau. People called the Caspian deposit the Tengiz (Sea). 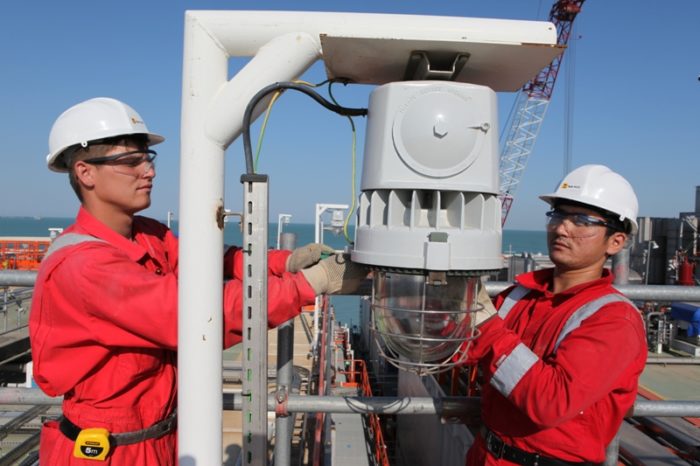 The first oil influx was received on July 2000 at the Kashagan field.

Tengiz with its oil reserves ranks second in Kazakhstan. Approximately 25 million tonnes of oil are extracted annually. In 2001, the first Kazakh brand of oil, Tengiz was launched and seven years later, Kazakhstan began exporting oil to Turkey, Georgia and Azerbaijan.

In 1979, an oil and gas condensate field was revealed in the West Kazakhstan region, named Karachaganak, which translated as “black bay.”

Finally, the Kashagan oil and gas field was discovered June 30, 2000 in the Caspian Sea. The deposit was named in honor of the legendary Kazakh akyn (poet) Kashagan Kurzhimanuly (which means “restive, elusive”).

Kazakh President Kassym-Jomart Tokayev said that Kazakhstan is capable of becoming one of the world leaders in the sale of finished petroleum products.

According to him, it is necessary to introduce innovations, to improve the environmental friendliness of the process of extraction and further processing of raw materials. “By 2025, it is planned to ensure an annual sustainable growth of GDP at the level of 5 percent and above, which was said previously in my address to the nation. The country’s oil and gas sector will play an important role in achieving these goals,” Tokayev emphasized.

Today, the Kazakh national company KazMunaiGas has been implementing major joint projects with international companies such as Chevron, ExxonMobil, Shell, Eni, Total, Lukoil and other companies. 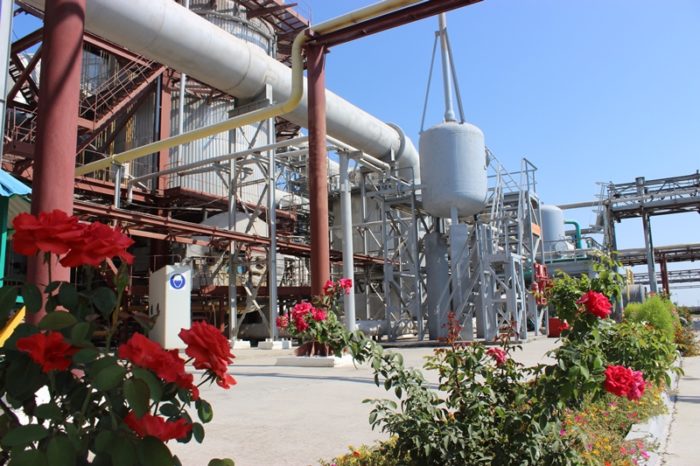 Kazakhstan’s Zhambyl region is a unique base of phosphorite raw materials.

Kazakhstan has over 300 deposits of fossil coal with geological reserves of 170.2 billion tonnes. According to the BP Statistical Review of World Energy, Kazakhstan ranks eighth in terms of proven coal reserves (25.6 billion tonnes, or 2.2 percent of world reserves) and tenth in terms of production (102.4 million tonnes, or 1.4 percent of world production). Today, more than a dozen coal and brown coal basins have been developed in the country.

The main reserves are located in the Karaganda and Ekibastuz basins. “The coal industry is one of the largest sectors of the country’s economy providing 74 percent of electricity production, the full load of the coke-chemical production, the fuel needs of the municipal sector and the population,” reads the article in the Kazakh magazine “Mining and Metallurgical Industry.”

According to the Energyprom monitoring agency, the ferrous metallurgy is in a phase of steady growth. For example, in 2017, Kazakhstan’s companies produced iron ore by 25.9 percent more than a year earlier.

Kazakhstan is also developing its gold mining industry. According to the Ministry of Industry and Infrastructural Development, the country has up to 1,159 tonnes of reserves of gold that are ready for mining. Additionally, there are 1,107 tonnes of gold to be explored. The government has set an ambitious goal of reaching a level of annual gold production of 70 tonnes.

In 2014, the UK Trade and Investment (UKTI) Department assessed the work being done in this direction as promising. “Kazakhstan’s oil and gas industry offers a wide range of opportunities to qualified UK companies which also meet local content requirements. The oil, petrochemical and chemical industries and equipment manufacturing, in particular offer potential,” read the department’s communiqué.

In 2020, Kazakhstan and Russia launched a joint mineral reserve development project – the construction of a plant for mineral fertilizer production in Kazakhstan. The EuroChem enterprise with an investment of $870 million is set to develop the Karatau phosphorite basin in the south of Kazakhstan. The Karatau phosphorite-bearing basin is another unique storehouse of Central Asia. Reserves of phosphorites, necessary for mineral fertilizers, are estimated at 15 billion tonnes. The final products from Karatau will be supplied to the domestic market, as well as for export to China, the Central and Southeast Asia and the Middle East.

In his address to the nation in 2020, the Kazakh President emphasized that the long oil supercycle seems to have ended and Kazakhstan has no other way forward but to diversify its economy. “We should be ready for a completely new world market environment. The creation of a truly diversified technological economy is not just a necessity for us, this path is already uncontested,” Tokayev said, noting that the economy must work to improve the welfare of the people.

In addition, the country is moving towards a green economy. By 2050, Kazakhstan intends to meet 50 percent of its needs with energy obtained from alternative and renewable sources.

Entering the fourth decade of its independence, Kazakhstan, which has a plethora of  natural resources, is using its natural resources rationally and carefully, and thinking about future generations.