The meeting focused on key aspects of bilateral cooperation, including trade, economy, culture and humanitarian fields as well as the space industry.

In 2020, the two countries traded US$19 billion, a slight 4.7 percent decrease compared to 2019. Despite the coronavirus outbreak last year, Kazakhstan and Russia gave start to several important projects together, including the construction of Kamaz factories in Kostanai, the launch of Eurochem chemical facilities in the Zhambyl Region and a tire production project with Russia’s Tatneft in the Karaganda Region.

Tokayev noted the importance of Lavrov’s visit that provides an additional boost to the bilateral ties.

“Kazakhstan and Russia are allies and strategic partners. The agenda of our cooperation is very extensive and requires a lot of work in terms of implementing the agreements reached. Therefore, I believe that during your visit, and in the course of further contacts at the level of heads of departments, and, of course, at the highest level, we will achieve our goals,” said Tokayev.

The meeting also focused on an interregional meeting scheduled to take place in Kokshetau and expected to be attended by Tokayev and Putin. The forum was initially supposed to take place in November 2020 but was postponed due to the worsening epidemiological situation.

“We (with Putin) agreed that in any format, preferably in person, but if this is not possible, then it is necessary to hold this meeting via video conference because it is very important,” said Tokayev.

Lavrov also spoke about the next meeting of the Supreme Eurasian Economic Council scheduled for next month.

“This is also an important milestone, an important stage on the way to organizing our common efforts to continue cooperation in the post-coronavirus era. And, as you mentioned, in any case, we are aiming to hold the 17th Interregional Forum with the participation of the presidents depending on the epidemiological situation either live or virtually. We have very good relationships, which did not deteriorate even during the pandemic,” said Lavrov.

Bilateral cooperation has also been the focus of Lavrov’s meeting with Kazakhstan’s Deputy Prime Minister and Foreign Minister Mukhtar Tileuberdi. 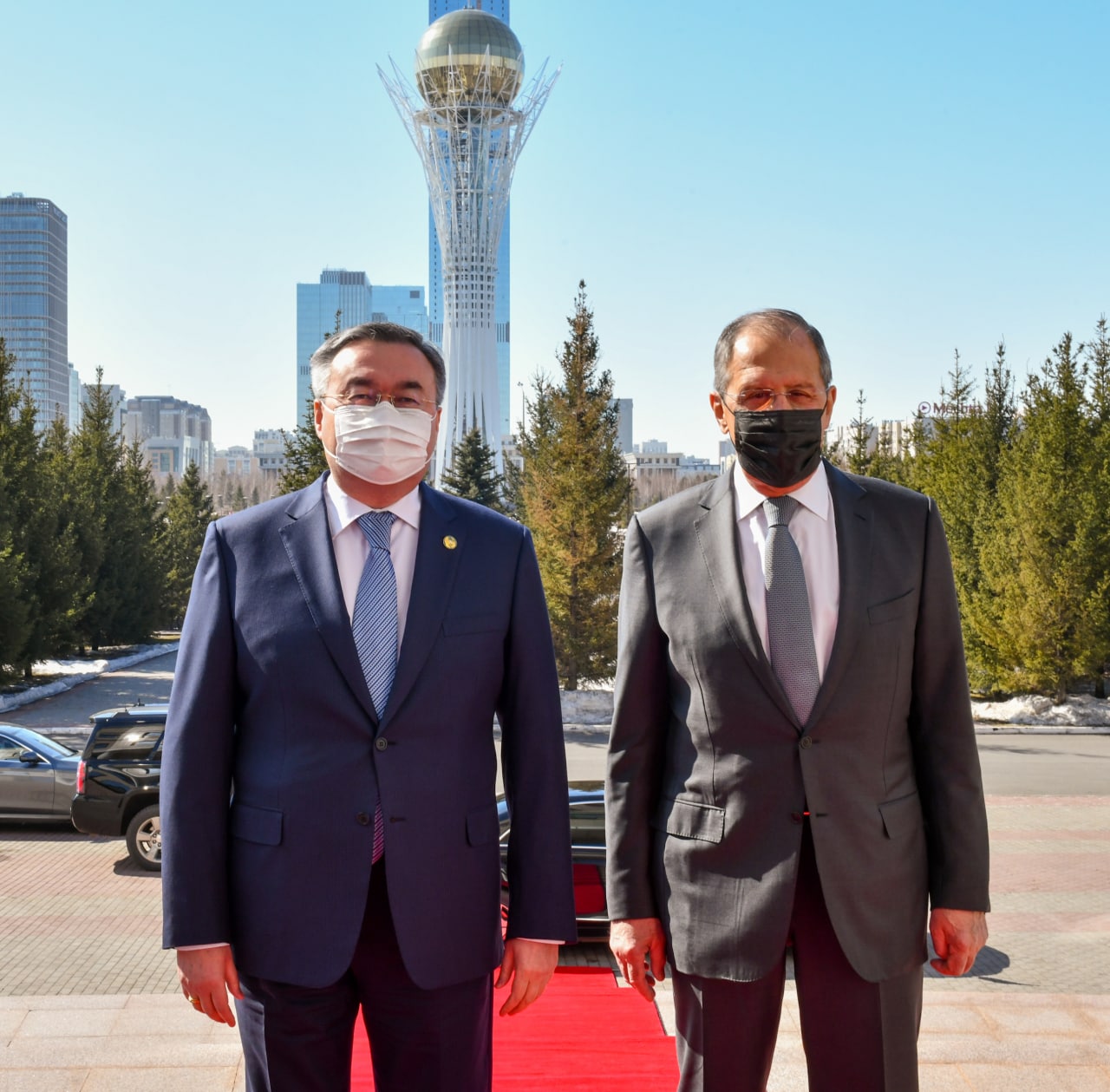 Cooperation with Russia remains an important priority in the nation’s foreign policy, said Tileuberdi, noting that there are no unresolved issues.

“I would like to use this occasion to once again thank our Kazakh friends for the warm welcome and hospitality. We continue to maintain a strategic partnership and alliance. We regularly compare our views on the common agenda, in accordance with the instructions of our presidents,” said Lavrov at a press briefing following the meeting.

The two sides also discussed cooperation in the Caspian Sea region, the preparations for the sixth Caspian summit in Turkmenistan and the upcoming 60th anniversary of Yuriy Gagarin’s first flight in space on April 12.

“In June 2020, the Baikonur Cosmodrome marked its 65th anniversary. On Oct. 4, 2021, the anniversary of the launch of the first artificial Earth satellite, we will pay tribute to the successes achieved by our joint efforts in peaceful space exploration,” said the Russian FM.

As part of his visit, Lavrov also visited the capital’s Assumption Cathedral. 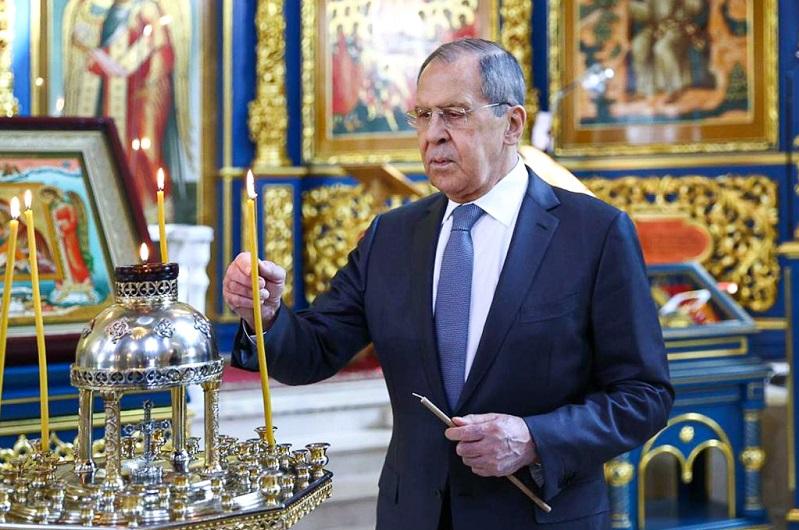 He toured the museum, located in the Spiritual and Cultural Centre of the Russian Orthodox Church in the Cathedral.