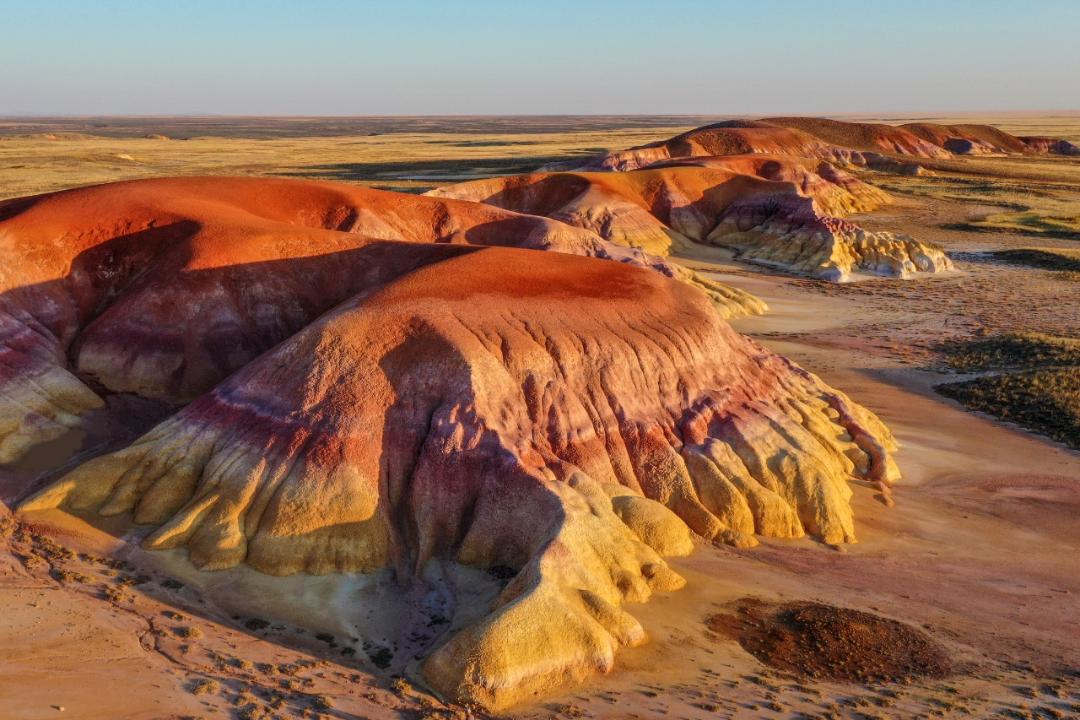 Ulytau is among the sacred places of our country and conveying the breathtaking landscapes was one of the goals of the exhibition.

Ulytau is one of the oldest mountains in the Saryarka mountain range, located northwest of Zhezkazgan city in central Kazakhstan. It stretches 200 kilometers from north to south and its highest point, named Akmeshit (white mosque) reaches a height of 1,131 meters.

“This is the sacred cradle of the Kazakh people, a symbol of the unity of the nation and their fierce struggle for independence,” said President Kassym-Jomart Tokayev back in 2019 when he visited the area.

Numerous petroglyphs, barrows and mausoleums reflect the centuries-old history that the land had seen, once the base for many Kazakh khans (rulers), including Zhoshy khan, the eldest son of Genghis Khan. 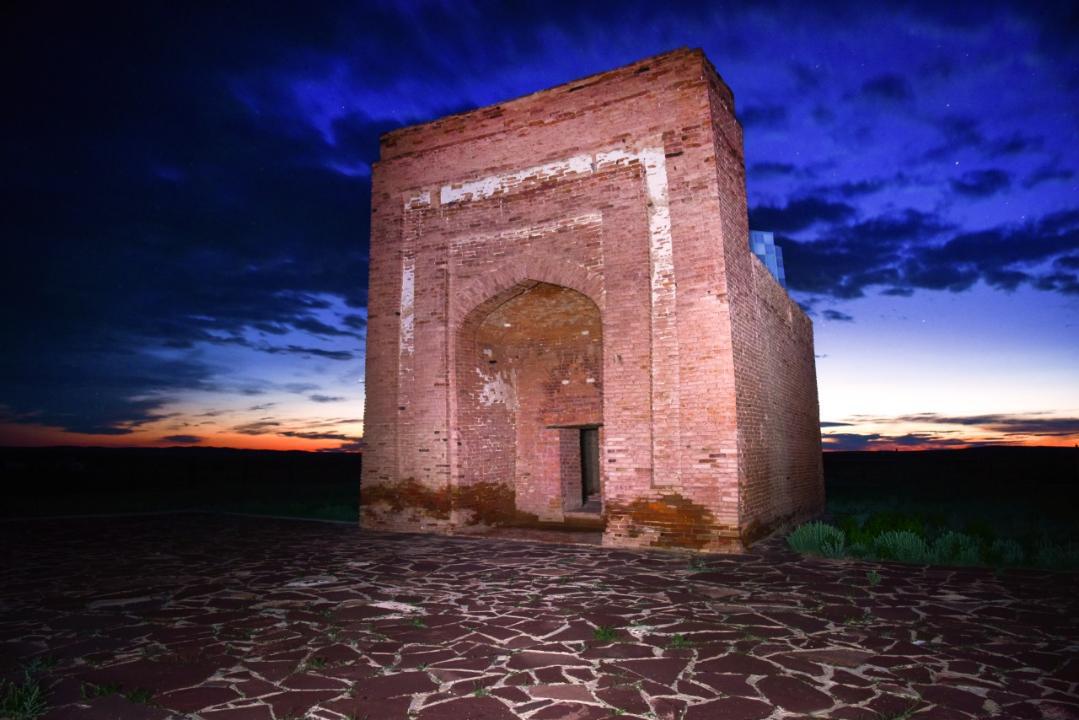 Zhoshy Khan mausoleum in the middle of the steppe.

According to legend, Zheruiyk, a famous storyteller from Asankaygy, found the land of dreams here.

The exhibition is the result of several years of work for photographer Dmitriy Rugis. Photography has become a passion for life for Rugis, who used to work as a mining engineer. 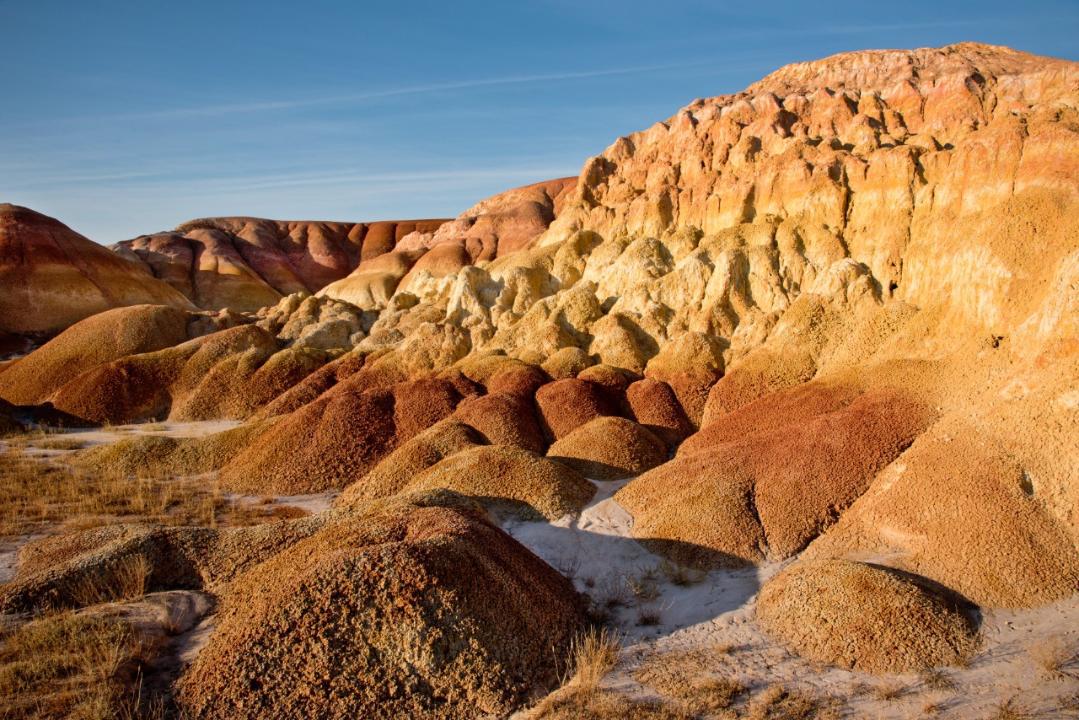 Ulytau is home to thousands of legends telling the life stories of people who played an important role in the history of the entire region of Eurasia. He believes its pristine nature was preserved due to its remote location from industrial centers.

“The nature in this area is wonderfully diverse. To the north, flamingos nest in lakes. In the south, there are the sands of Betpak-Dala. In the northwest, the fantastic Akzhar chalk mountains and river canyons. In the centre, there is a mountain range. One of the mountains of this region – Aulietau – is as significant as giants such as Ararat, Kailash and Kilimanjaro,” he said. 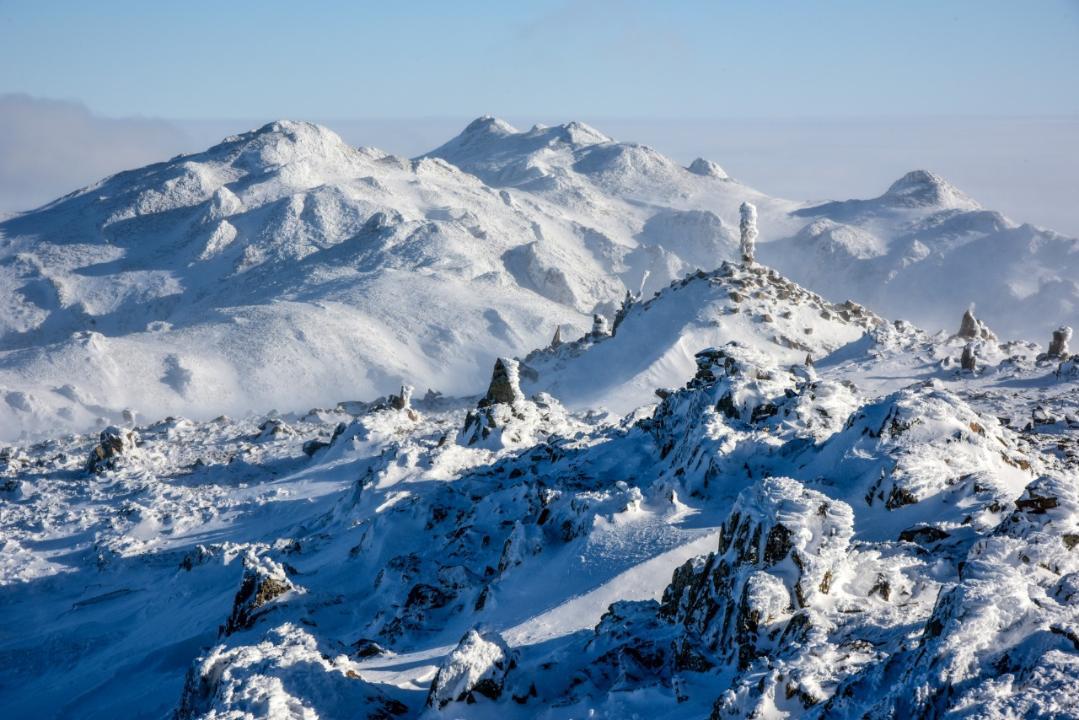 Visiting Ulytau would acquaint one with traditions and customs that are no longer kept in big cities.

“This is what tourists want to see when they come here. They want to see ancient traditions and handicrafts that have survived to the present day. They want to feel the national spirit, experience the history and immerse themselves in the unprecedented natural beauty. Ulytau has a great future,” said Rugis. 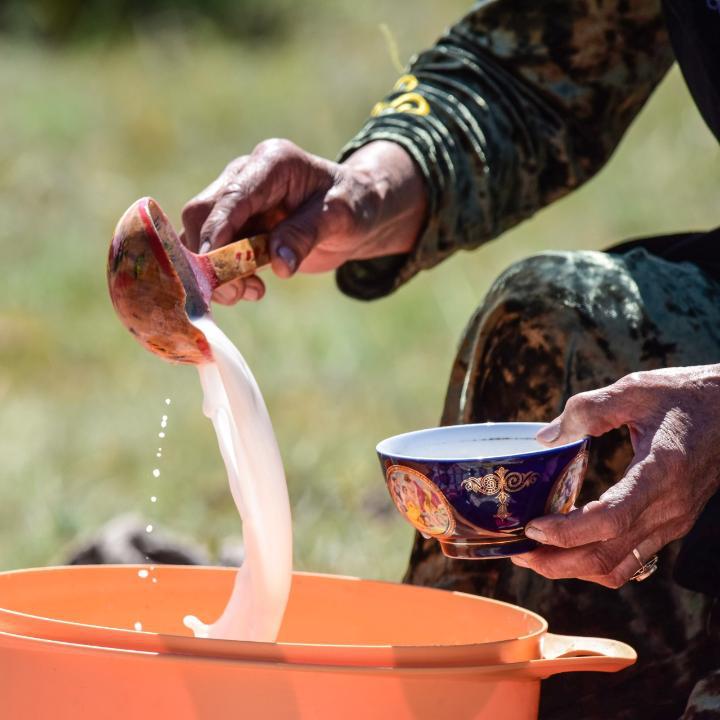 He also published a collection of 375 photos titled “Sacred Ulytau” taken over five years of his work. He dreams of visiting other places in Kazakhstan.

“I want to collect photographs of unique and historically important places in our country. I believe that photographing Ulytau will help restore the significance of this region in Kazakhstan’s history. I want to contribute to the development and recognition of the area. My photos should be useful and that’s the point of my work,” he said.