Number of Vaccinations Reaches Close to One Million in Kazakhstan

NUR-SULTAN – Kazakhstan is close to the one million vaccination milestone, as 949,451 people in the country of 19 million have received at least one dose of the vaccine, according to the Kazakh Ministry of Healthcare. 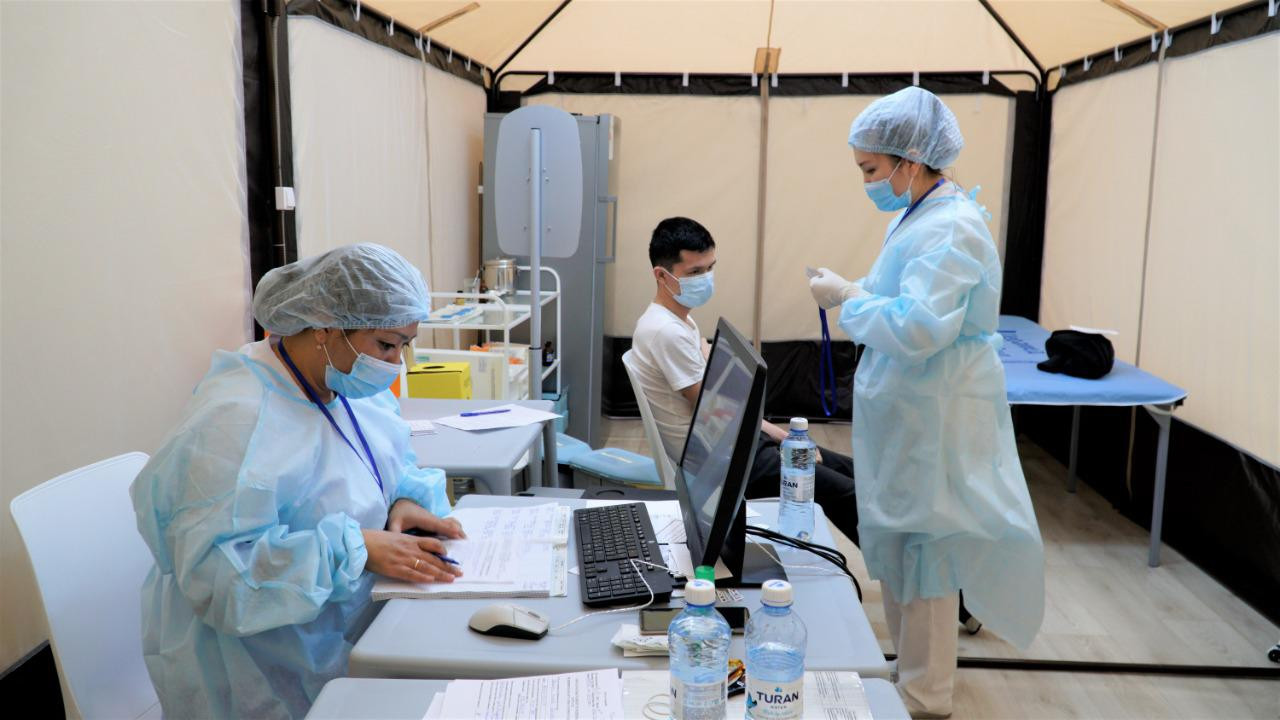 Though the mass vaccination campaign kicked off Feb. 1, the vaccination drive increased significantly since April 1 following a meeting on the state of the pandemic with President Kassym-Jomart Tokayev.

As of April 27, 949,451 people received the first dose of Russia’s Sputnik V vaccine and 184,351 have been fully immunized against the virus.

This comes a few weeks after the Kazakh Biosafety Research Institute presented their QazVac vaccine. The first batch of 50,000 doses was dispatched to the nation’s single SK Pharmacy hub on April 23 and then distributed to the regions. Another 50,000 doses are expected to be produced in May.

The vaccination with QazVac began April 26 and citizens can choose what vaccine they prefer – QazVac or Sputnik V.

According to the ministry, phase III trials of the Kazakh vaccine have already passed the 50 percent mark of the study subjects stipulated in the protocol, and are scheduled to be completed on June 25.

Kazakh Healthcare Minister Alexey Tsoy was among the first to get the jab of the locally developed vaccine.

“Our citizens have seen that the vaccine is safe and effective, they see that the antibodies are produced and their relatives themselves recommend vaccination to protect themselves and their loved ones,” said Tsoy in a live broadcast after receiving the Kazakh vaccine.

He commended the pace of the vaccination in the country saying every twentieth person received the vaccine.

At an April 27 government meeting, Kazakh Prime Minister Askar Mamin said 20 percent of the population should be vaccinated against COVID-19 by the end of April,

“The most important task today is to get our citizens vaccinated against the coronavirus. It is necessary to adhere to the vaccination plan and the schedule of vaccine delivery to the regions,” Mamin said.

The epidemiological situation, however, remains unstable.

“There are 10 regions in the zone of high epidemiological risk – the cities of Nur-Sultan, and Almaty, Akmola, Aktobe, Atyrau, West Kazakhstan, Karaganda, Kyzylorda, Mangistau, Pavlodar regions. Five regions – Zhambyl, East Kazakhstan, Almaty, Kostanai regions, and the city of Shymkent are currently at medium epidemiological risk. Two regions – Turkistan and North Kazakhstan region are in the green zone,” said Tsoy at the government meeting.