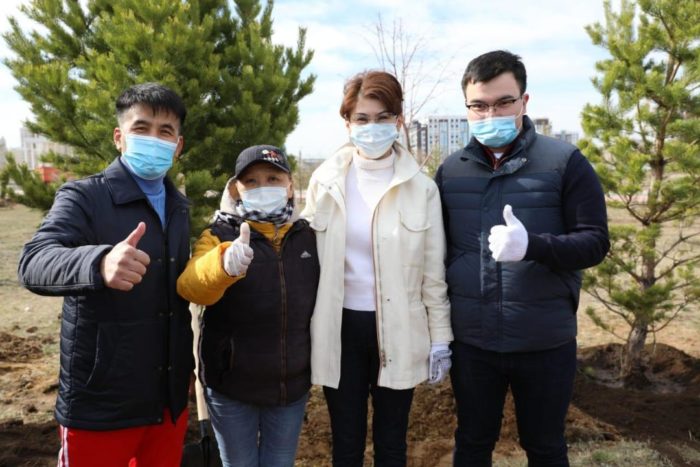 Minister of Information and Social Development Aida Balayeva launched the youth campaign Kieli Tabigat, which is planned to be joined by representatives of youth organizations from all regions of the country. Photo credit: Gov.kz.

The campaign’s goal is to improve environmental education, raise the level of awareness and culture, form sustainable beliefs among young people and create environment-friendly communities across the country. Kieli Tabigat was proposed by Balayeva to be a part of Clean Up Your World, the worldwide United Nations campaign, and is a part of the Ecology Month, reports Kazinform.

Ecology Month, which will last from April 25 to May 25, incorporates cleaning of rivers, springs and streets, as well as tree planting, in all regions of Kazakhstan.

More than 30,000 members of the Zhasyl El youth organization will be involved in the campaign that also includes educational work and the creation of a Youtube channel to document the progress of the Kieli Tabigat project.

“The life of future generations depends on how carefully we treat the environment. I am sure that environmental education is the most important part of the new generation’s upbringing. Care for nature should be promoted by environmental campaigns such as Kieli Tabigat,” commented Balayeva.

Deputies and employees of the Senate also joined in celebrating the start of the Ecology Month by planting more than a hundred seedlings of pine, larch, oak and elm on the streets of the capital, reports the Senate’s press office. 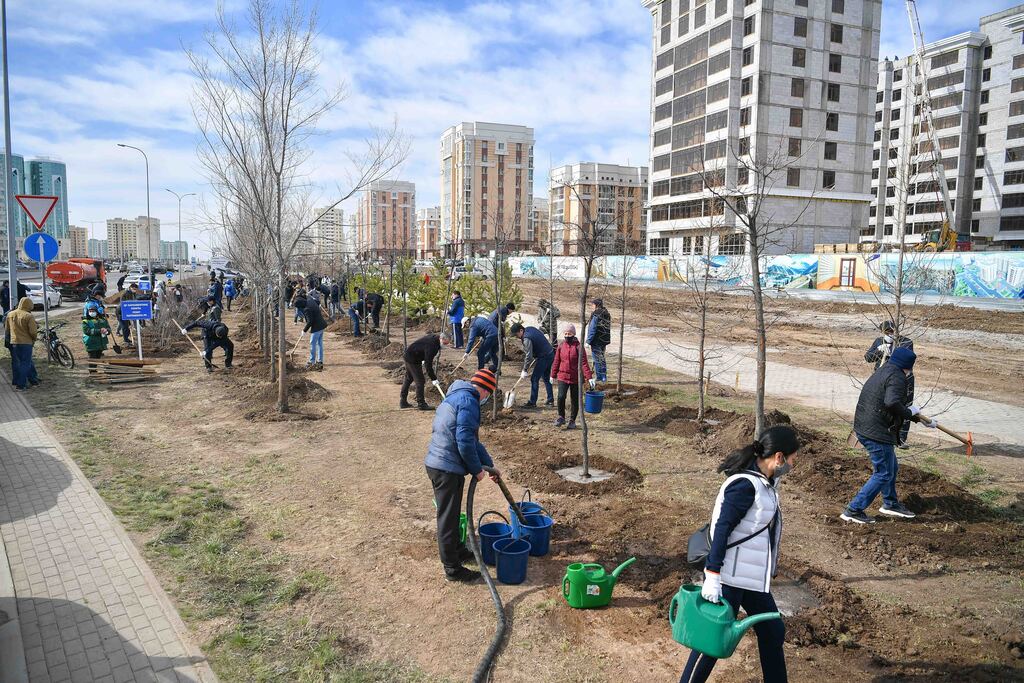 Outside of the capital, the Pavlodar region hosted a large-scale event dedicated to planting trees, cleaning its rivers from abandoned and illegally installed nets and picking up household waste.

In total, the participants of the Pavlodar region managed to plant more than 20,000 trees and bushes throughout the region, clean the streets of 24,000 tons of garbage and collect 82 tons of waste out of water reservoirs.

The residents of the Akmola region also joined the environment efforts by cleaning out the territories of Bukpa hill, local highways, city parks and squares. More specific targets included Kokshetau, Stepnogorsk and the nearby forest areas of Sandyktau, Burabay and Bulandinsky districts.

The Akim of the Akmola region Ermek Marzhikpayev also participated in the campaign that resulted in planting more than 3,000 trees and removing 2,000 tons of garbage using 370 units of equipment. 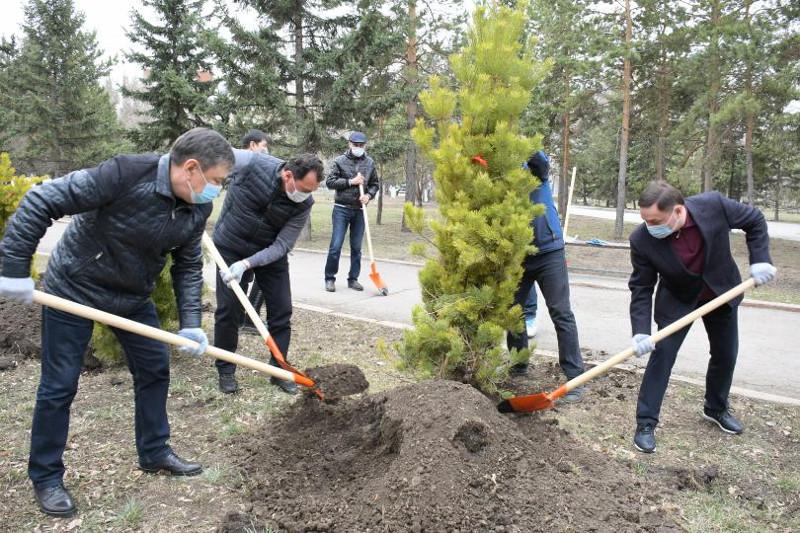 Residents of the Akmola region planting trees as part of the environmental campaign. Photo credit: Kazinform.

The start of Ecology Month was preceded by the Kazakh Minister of Ecology, Geology and Natural Resources Magzum Mirzagaliyev’s participation in the virtual Global Leaders Summit on Climate on April 22.

The ministry’s press office reports that Mirzagaliyev expressed Kazakhstan’s readiness to participate in US grant programs for green financing as a pathway to a 71 percent reduction in emissions, which was outlined as a goal of Kazakhstan’s strategy for low-carbon development through 2050. 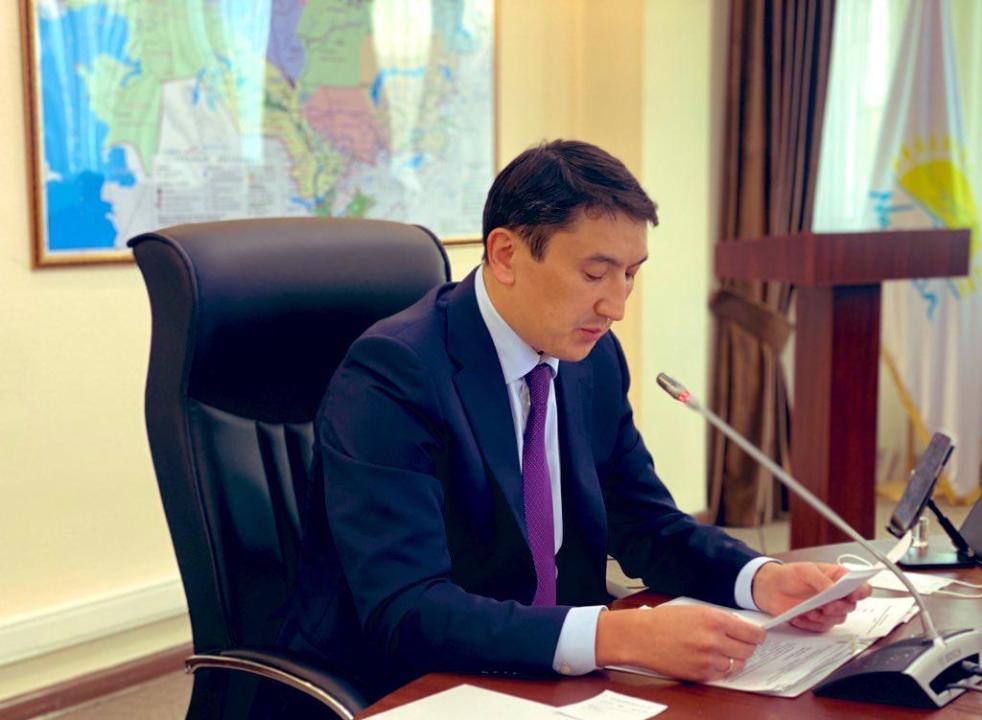 “Kazakhstan was the first in the CIS to ratify the Paris Agreement and is a leader among the Central Asian countries in the development of the green economy. Kazakhstan is ready to support the implementation of the global climate change agenda,” said Mirzagaliyev.