NUR-SULTAN – As a famous saying goes “the nation that does not know its past does not have a future.” This is a poignant reminder about the importance of paying tribute to prominent individuals who created a lasting legacy in a nation’s history. For Kazakhstan, one of them is Dina Nurpeisova, a famous Kazakh composer, whose 160th birthday is being marked this year in Kazakhstan. 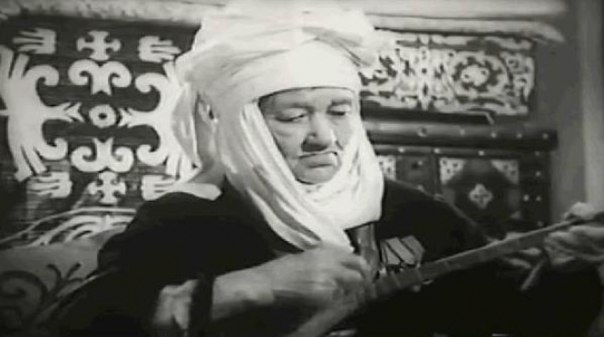 Nurpeissova was born in 1861 in the small village of Naryn-kum, currently the West Kazakhstan region.

For a little girl that used to hear the sounds of dombra, a traditional Kazakh string musical instrument, played by her father Kenzhe since childhood, love for the instrument was not a coincidence. Zhaniha, Dina’s mother, was also musically gifted.

Everybody in the village and beyond heard of Dina’s talent, including Kurmangazy, another well known Kazakh composer, who visited the village to see Dina performing. He was her mentor until Dina got married in 1880 when she was 19 years old. 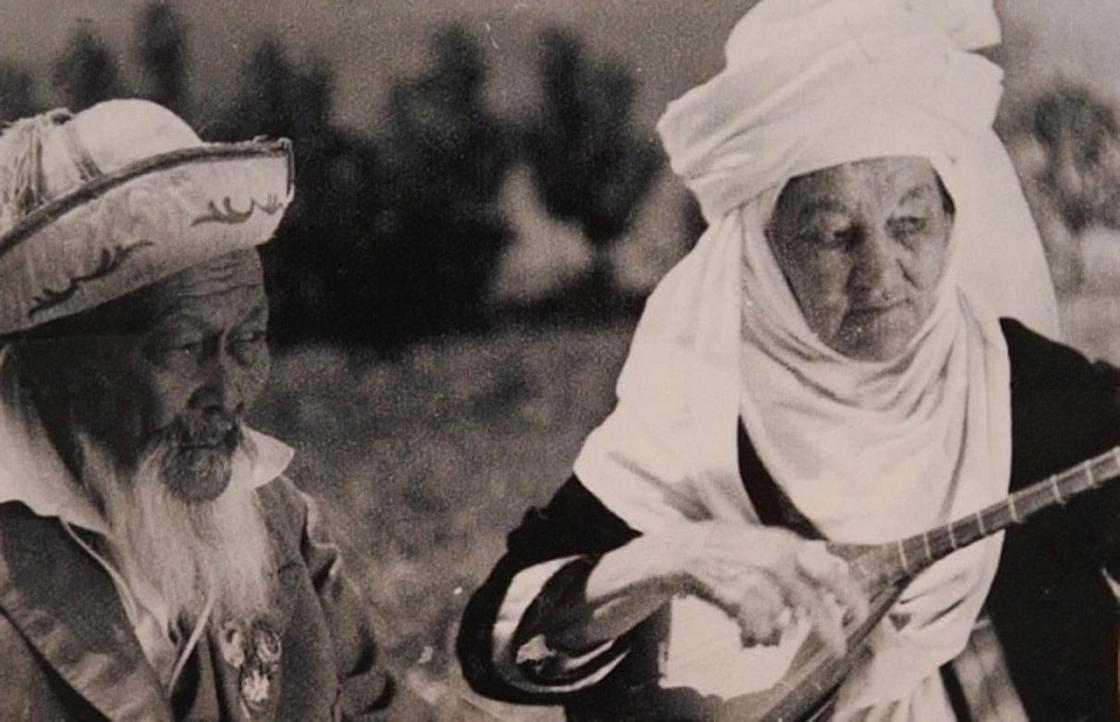 Kurmangazy has become both a mentor and a friend. Photo credit: presidentlibrary.kz

“You are a gifted child, you have been noticed by the Almighty. You will become a great musician and bring joy to people who will listen to you. You have my blessing,” Kurmangazy told Dina, as she recalled.

Dina and her family saw difficult years in the 1930s, the tragic period in Kazakh history when millions of Kazakhs died in famine as a result of the Soviet-imposed collectivisation policy. Her family had to relocate to the Kozlovo village in the then Astrakhan region.

In 1937, dombra player Smagul Koshekbayev reached out to Dina at the instruction of famous academician Ahmet Zhubanov, who asked Dina to move to Almaty, where her talent would have more opportunities to be heard. The same year, she moved to Almaty, where she performed for the Kazakh Philarmony and where she met with Ahmet Zhubanov and Zhambyl Zhabayev, well-known representatives of the Kazakh intelligentsia.

In her art, Dina Nurpeisova experimented with different styles and managed to reflect the mix of vigorous and dynamic art of the Kurmangazy school with mild lyrical works of Dauletkerey and his followers.

Some of Dina’s famous compositions are “Ana buirigi” (Mother’s instruction), “Bulbul” (Nightingale), “Bayzhuma”, “Kogentup” (Mold) and “Zhenis” (Victory). Her works were influenced by major political and social processes unfolding back then, including the Kazakh liberation movement of 1916 led by Amangeldy Imanov, the World War II, and the post-war period. 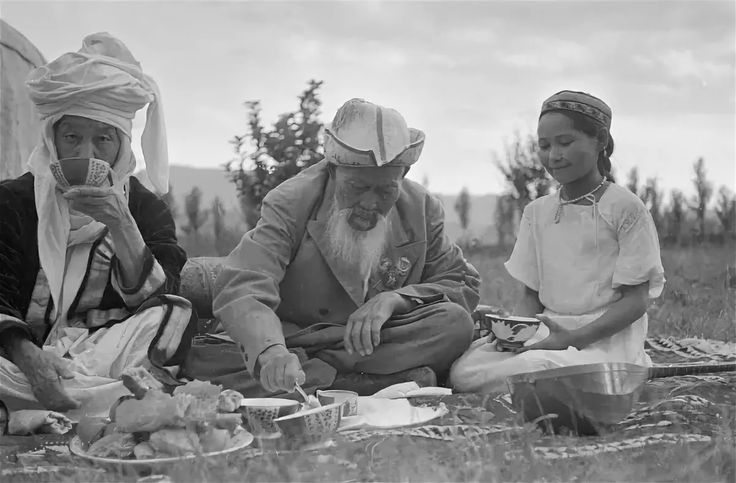 Dina Nurpeisova, Kurmangazy and a little girl in a conversation. Photo credit: presidentlibrary.kz

In 1944, she became the People’s Artist of the Kazakh Soviet Republic.

Dina’s last concert took place in 1952 when she was 91 years old. Three years later, she passed away.

Many streets, parks and schools in Kazakhstan have her name as a sign of the significant legacy she left behind for the generations to come.