NUR-SULTAN – “Our slogan is ‘Make Kazakhstan Green Again’. Our predecessors treasured us with ninth largest and the most beautiful country in the world, with vast and unexplored natural resources, including renewables. Our main goal is to put the inexhaustible energy of sun, wind, water and biomass towards serving the growing needs of the nation”, says Arman Kashkinbekov, a honorary CEO and Board Member at the Association of Renewable Energy of Kazakhstan and a Director of the International Snow Leopard Foundation in an interview with The Astana Times. 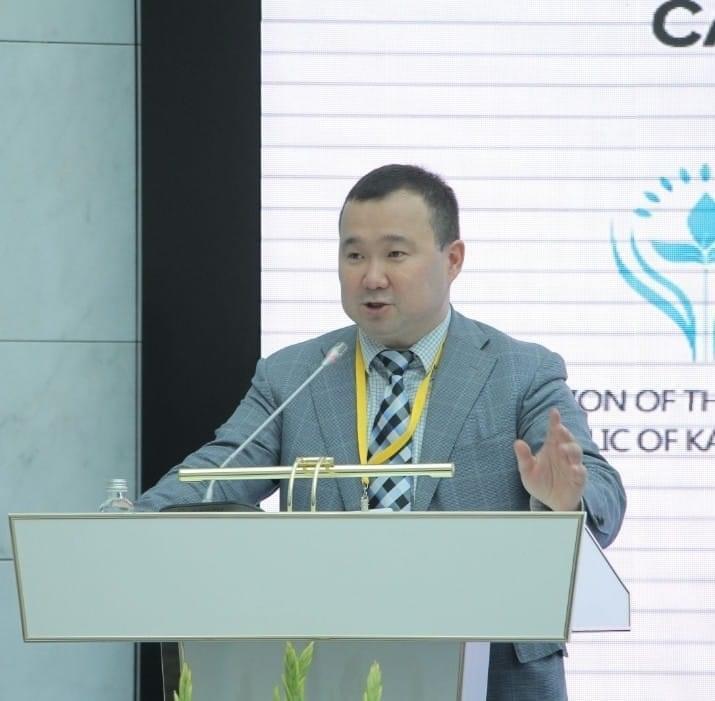 Arman Kashkinbekov, a honorary CEO and Board Member at the Association of Renewable Energy of Kazakhstan and a Director of the International Snow Leopard Foundation.

Kazakhstan has set a target, to increase the share of new renewable energy in electricity generation to 10 percent by 2030. Arman Kashkinbekov explained the plan in the interview:

What are the main goals of the Association of Renewable Energy of Kazakhstan?

The Association of Renewable Energy of Kazakhstan (AREK) is the oldest and the most powerful non-governmental organization in the sphere of renewable energy in Kazakhstan. It unites more than 100 members including investors, developers, international and local banks, financial institutions, scientists and volunteers. The AREK is the first ever fully digitalized association in Kazakhstan, with all its work done online from its very beginning in 2012. The bulk of realized projects and initiatives in Kazakhstan were done by our members. AREK is the only organization officially accredited by the Ministry of Energy and the National Chamber of Entrepreneurs in Atameken.

Our goal is to promote green and clean energy, new technologies, know-hows and initiatives, both small and large scale in Kazakhstan. Our country has adopted the required legislation for a green and smooth transition and the association is helping the government to realize it. This will be possible only with wide public support, which is a crucial component. We invite all companies in our area to join our efforts in AREK.

How do you see Kazakhstan’s current position in the development of the renewable energy sector? What will it look like in 2030? Who is taking the lead among the Central Asian states?

Kazakhstan is the clear leader in Central Asia; it achieved the benchmark of having 3 percent renewable energy in the total electricity output at the end of 2020. But the main development is still to come. The next target is to increase the share of new renewable energy in electricity generation by 10 percent by 2030 and by 50 percent by 2050. This is supported by the recent statement of President Tokayev pledgeing to reach carbon neutrality by 2060.

Another important achievement came from the National Public Trust Council, where I represent green society, in the form of the presidential task to develop a new draft law on supporting alternative sources of energy, such as hydrogen, waste energy, industrial gases, coal based methane, and others. The president also instructed the government to develop a new and updated energy portfolio through 2035 and to clearly indicate the growing importance and investment attractiveness of clear energy sources.

More than 100 solar, wind, small hydro and biomass plants are already operational, providing clean energy to households across the country. A sharp decline in capital expenditure helps us lower tariff prices at auctions held once a year by the Kazakh Ministry of Energy. The latest recorded bid was 12,49 tenge per kilowatts (kWh) for a large solar station project in southern Kazakhstan. This is already lower than what citizens pay in their utility bills in the cities. This is only the beginning of our country’s green story.

Kazakhstan is a clear leader in traditional industries, like oil and gas, mining and metallurgical, agriculture, transport and much more. Big international and Kazakh companies from these sectors are already investing in renewable energy, diversifying their own energy portfolios, and providing a required mix of energy to meet consumer needs.

How realistic are Kazakhstan’s ambitions to increase the share of renewable energy in electricity generation by 2030 and 2050?

My opinion is that these targets are reachable and doable. I am sure that renewable energy will provide the required energy mix to secure economic development of the country in the long-run. This is vital to realizing our ambition of entering the elite club of the 30 most developed economies. Traditional energy types such as coal, gas and oil will remain, but their shares will decline, providing a smaller carbon footprint with “Made in Kazakhstan” goods, works and services. This is crucial for our global competitiveness. The development of national products and localization is becoming more important after the 3 percent was reached. It is yet another strategic task for AREK and the government to think about.

Snow leopards are national symbols of Kazakhstan. We see them everywhere: in our national strategy Kazakhstan 2030, on the logo of the political party Nur Otan, the Akimat of Almaty, the Barys hockey club, the Qazaqstan Barysy national wrestling competition and elsewhere. Their habitat is wide and covers all mountainous areas of the country from northern-eastern Altay to southern Aksu-Zhabagly national park. The estimated population is 130-150 snow leopards in Kazakhstan. They are included in the International Red Book as well as in the Kazakh analogue. 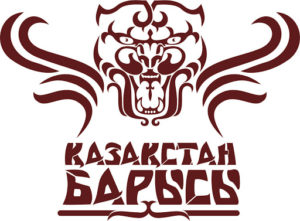 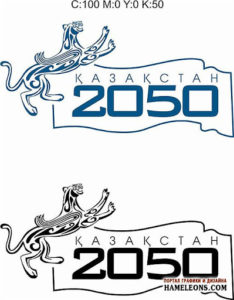 The International Snow Leopard Foundation was established in 2018 and currently we are working on the establishment of our first-ever national center for conservation, rehabilitation and breeding. There are no such centers anywhere in the world yet. The center will be located in Ile-Alatau national park in Almaty and will unite efforts of the government, the Ministry of Ecology, Geology and Natural Resources, international organizations such as United Nations, UN Environmental Programme, United Nations Development Programme, World Wildlife Fund, scientists and private donors. We hope that all 12-13 countries with the snow leopard’s habitat will provide the required support to make it happen. Snow leopards are part of any country’s biodiversity, which is, in its turn, a substantial part of sustainable development. We should never forget about that.