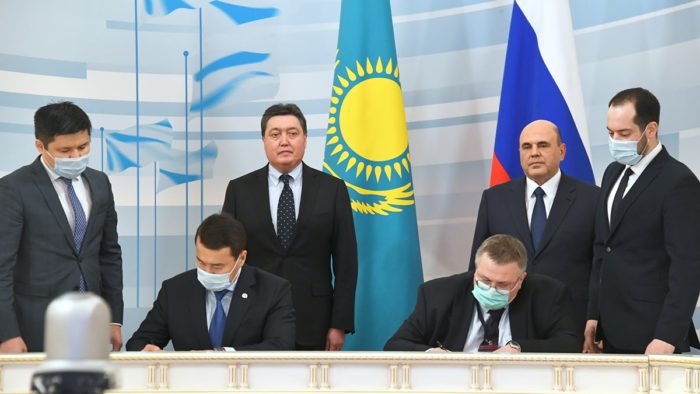 Mamin and Mishustin discussed bilateral cooperation in trade and economics, transport and logistics, energy and geological spheres, as well as industrial cooperation, the agro-industrial complex and rational use and protection of transboundary rivers resources.

Cooperation as part of the Eurasian Economic Union was also on the agenda of the meeting.

Particular attention was paid to joint measures to combat the spread of COVID-19 and mitigating the consequences of the pandemic for the countries’ economies. 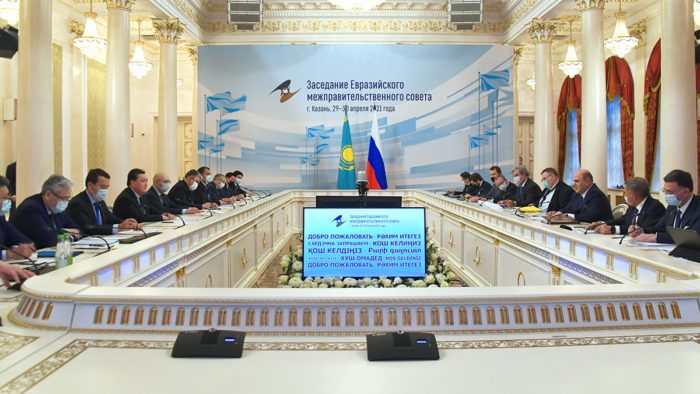 Following negotiations, Prime Ministers approved the signage of key documents for further cooperation between Kazakhstan and Russia, including a comprehensive program of economic cooperation for 2021-2025.

Kazakhstan and Russia signed an agreement on cooperation between the Kazgeology and Rosgeologia companies in the field of geological exploration of mineral deposits on the territories of Kazakhstan, Russia and foreign states, and an agreement for the implementation of projects in the field of joint geological exploration and development of hydrocarbon deposits on Kazakhstan’s territory.

A roadmap for the implementation of the production of butadiene and its derivatives in the Republic of Kazakhstan, along with a framework agreement on the management of the project, was also signed by the parties at the meeting.

On April 29, Prime Minister Mamin also attended the first meeting of the Eurasian Intergovernmental Council, which was also joined by the leaders of Armenia, Belarus, Kyrgyzstan and Russia. The heads of government discussed cooperation in the field of geo-informational products and services, as well as further cooperation between countries on space projects. A second larger meeting of the Council is held on April 30.