Mamin and Aripov during the meeting. Photo credit: primeminister.kz. Click to see the map in full size.

The center with a total area of 400 hectares will be located near the Zhibek Zholy and Gisht Kuprik border checkpoint.  The capacity is estimated at 35,000 people and 5,000 trucks per day in both directions.

The two countries seek to turn the centre into a major industrial, trade and logistics platform to implement joint investment projects between Kazakhstan and Uzbekistan, primarily in the manufacturing, agro-industrial and light industry sectors.

“The governments of Kazakhstan and Uzbekistan are working to bring the level of mutual trade up to $10 billion. The project launched today will serve to achieve this goal and further strengthen the all-round strategic cooperation between the two countries,” said Mamin.

The Kazakh side, he noted, is interested in creating a single commodity distribution system between Kazakhstan and Uzbekistan by opening three wholesale distribution centres in Uzbekistan’s Surkhandarya and Ferghana regions with a total investment of $22.5 million and a capacity of 67,000 tonnes per year.

The memorandum to establish the center was signed as part of President Kassym-Jomart Tokayev’s visit to Tashkent in April 2019.

The officials believe the center will give significant impetus to regional tourist flow and cross-border trade and contribute to developing the North-South and Central Asian transport and transit corridor.

“New trade, industrial and logistics sites at the border of the two major agglomerations will provide great synergies for each of the economies. The Turkestan Region has an important role for Uzbek exports to Russia, the EU and China. The Tashkent region is a transit point for Kazakhstan to Tajikistan, Afghanistan and Pakistan. More than 50 percent of Uzbekistan’s trade turnover transits through the territory of Kazakhstan,” wrote Kazakh Minister of Trade and Integration Bakhyt Sultanov on his Facebook page. 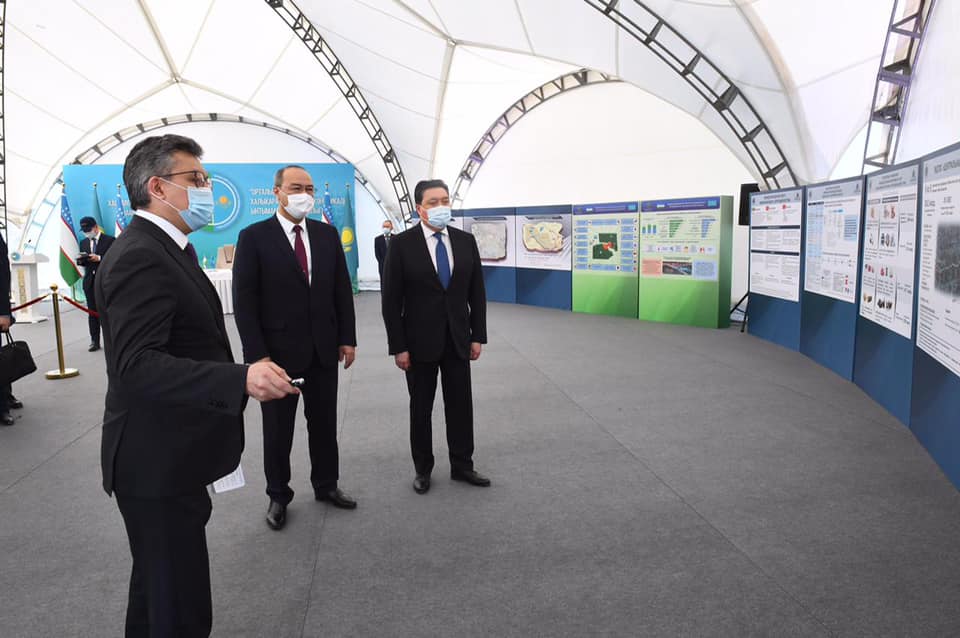 He brought up the Asian Development Bank forecast that projects the trade between the regions to grow 35 percent by 2025 and 65 percent by 2030.

“The potential volume of markets (to Afghanistan, Tajikistan, Turkmenistan, China, Eurasian Economic Union and Central Asian countries) in the creation of cluster cooperation projects for the production of food products is estimated at more than $21 billion,” he added.