By Zhanna Shayakhmetova in Nation on 30 April 2021

NUR-SULTAN – Kazakh President Kassym-Jomart Tokayev congratulated the nation on the People’s Unity Day, which is celebrated nationwide on May 1. 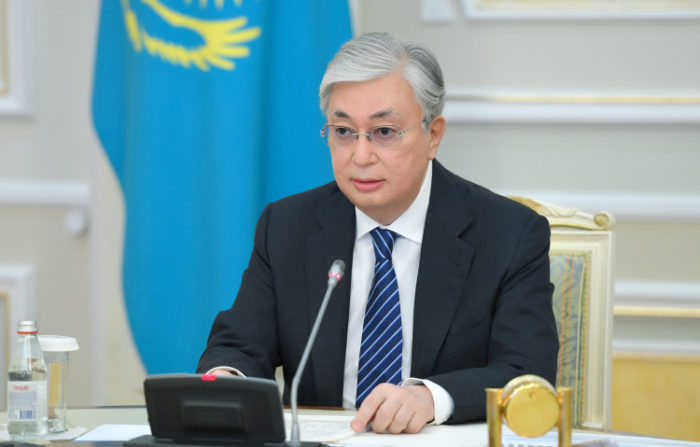 In a rapidly changing world that continues to witness religious tensions and xenophobic sentiments, unity and accord between people is ever more important, said Kazakh President Kassym-Jomart Tokayev during the recent session of Kazakhstan’s Assembly of People. Photo credit: Akorda.kz.

Tokayev explained that the holiday was initiated by Kazakhstan’s First President Nursultan Nazarbayev, and that this holiday represents the values ​​of friendship and solidarity, mutual respect and trust.

“Over the years of independence, the basic principle of ‘unity in diversity’ has turned the cultures and traditions of Kazakhstan into our invaluable heritage. Solidarity, unity, and patriotism lie at the heart of our national identity,” said the President.

“People will overcome all difficulties and achieve their goals thanks to stability and harmony in society, mutual support and creativity,” added Tokayev.

“The achievements of our country over 30 years of independence are the result of the solidarity of all Kazakh people,” Nazarbayev said in his congratulatory remarks. “Our task is to continue to preserve the unity of the people of the country. This is our strength and confidence in the future.”

The Assembly of the People of Kazakhstan, which celebrates its 26th anniversary this year, plays an important role in the formation of a unique model of social unity for the nation that comprises more than 130 diverse ethnic groups.

This year’s session of the Assembly of People of Kazakhstan took place April 28 and was dedicated to the 30 years of unity, peace, and harmony.