NUR-SULTAN – Coronavirus cases may peak in mid-May with up to 4,000 cases registered daily if the vaccination goes according to schedule according to a realistic scenario for the epidemiological situation announced by Kazakh Minister of Healthcare Alexey Tsoy at an April 20 government meeting. 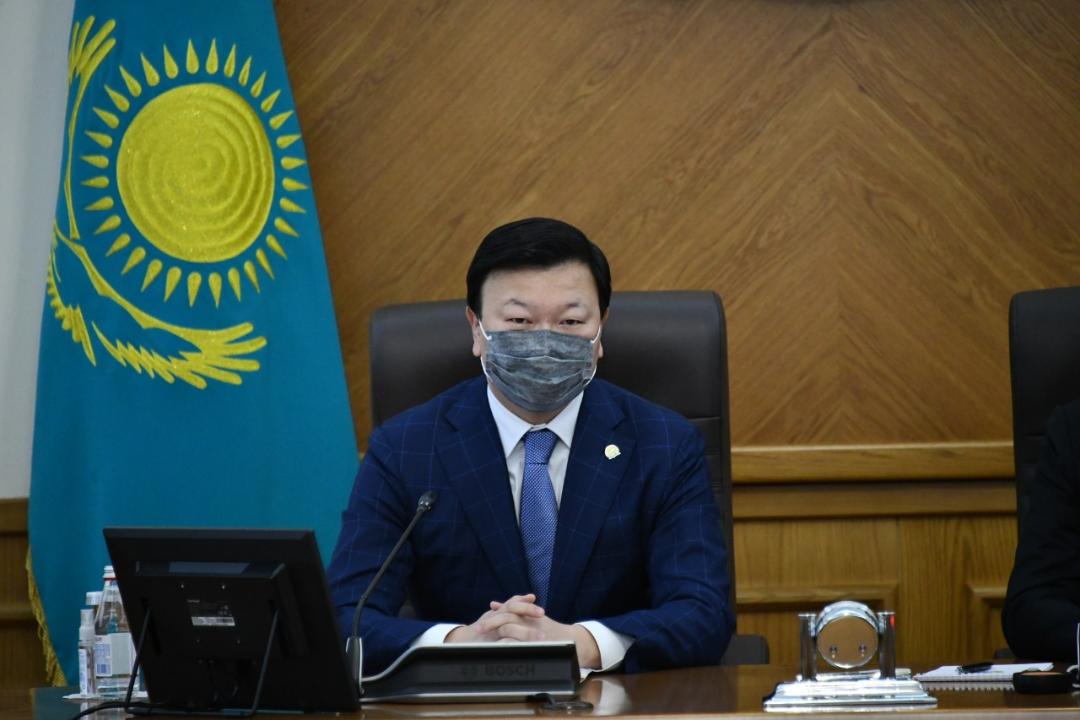 Alexey Tsoy, previously Vice Healthcare Minister, has been in his office since June 2020, appointed in time when the country was going through its hardest with the pandemic.

The Ministry of Healthcare continues to update the forecast for the coronavirus situation taking into account the vaccination coverage of the population.

“In the optimistic scenario, if vaccination continues as scheduled, up to 3,000 cases per day are expected to be registered with a peak at the end of April,” said Tsoy.

Since the outbreak of the coronavirus infection, there have been 294,946 coronavirus cases and 52,025 coronavirus pneumonia cases.

As of April 21, 766,614 people in the country of nearly 19 million have received at least one dose of Russia’s Sputnik V vaccine currently used in Kazakhstan, and 126,550 people received the full two doses. Up to 70,000 people are immunized daily.

“Around 188,000 doses of vaccines are currently available in the regions. The vaccine is being delivered in phases according to a schedule,” said Tsoy.

According to him, the effect of the vaccination can be delayed at first.

“It will be limited by the time needed to develop immunity and the inability to vaccinate large numbers of the population at one time,” he explained.

After nearly a month of a rapidly rising number of coronavirus cases with new strains reported in the country, the epidemiological situation started to show the first signs of improvement.

Vaccination, which kicked off Feb. 1, has significantly increased in its pace since April 1.

At the moment, citizens can sign up for vaccination free of charge by contacting a hospital or online through an electronic government website and Damu Med mobile application.

With millions of people around the world struggling to get the vaccine jab due to the global slowdown in vaccine rollout, citizens in Kazakhstan have high hopes for what vaccination will bring.

Kazakh Prime Minister Askar Mamin instructed the ministry to increase the number of vaccination points in the country.

Besides 1,051 vaccination points across the country, trade malls are also deployed in an effort to expand vaccination coverage.

More than 919 million doses have been administered so far worldwide. Israel has been a global leader in terms of vaccination pace, where 60 percent of the population have received at least one dose of the vaccine and 56 percent received the full two doses.