NUR-SULTAN — Kazakh boxer Firuza Sharipova won an early knockdown victory by defeating Russian Julia Chernoborodova at the fight which took place on April 3 at the Basket-Hall arena in Kazan, Tatarstan at a boxing evening organized by M13, according to the M13 organization press-service. 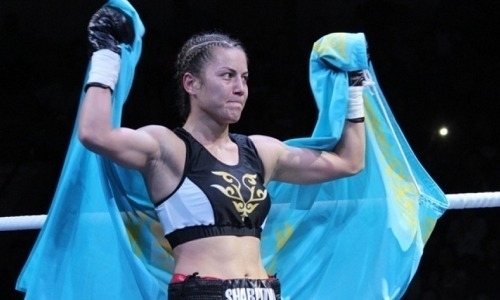 From the beginning of the battle, Sharipova was more active and more accurate than her opponent. She worked a lot on the body and performed multi-hit combinations. Chernoborodova was very good at keeping up and moved a lot, but it did not save her from a knockdown in the first half of the fourth round.

The referee stopped the fight after a minute and ten-seconds of the fourth round. Sharipova became the M13 world champion in the light welterweight division.

For Sharipova, this victory was the 13th in her professional career. Chernoborodova also lost the first fight with Sharipova in 2017 by unanimous decision of the judges.