By Aizada Arystanbek in Business, Kazakhstan Region Profiles: A Deep Dive Into the Heart of Central Asia on 28 April 2021

NUR-SULTAN – Gold production increased by 13 percent and gold ore production grew by more than 26 percent in Kazakhstan over the past year, Energyprom reports. In the first quarter of 2021, the extraction of gold-bearing ores in the country reached 7.1 million tons, which is 26.4 percent more than a year earlier. 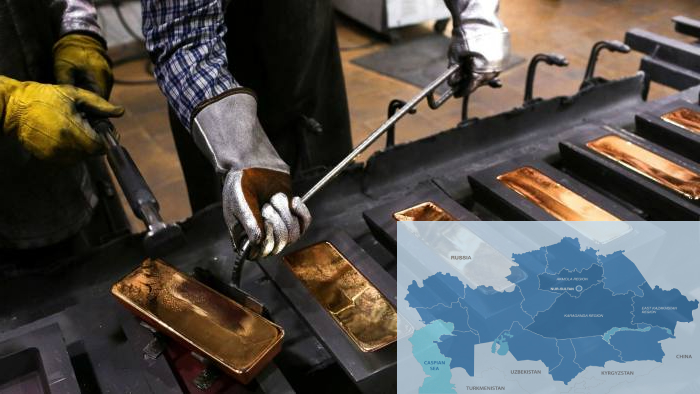 Photo credit: Andrey Rudakov/Bloomberg. Click on the picture to see the map.

Some 79.3 percent of all production is accounted for by three regions including the Akmola, Karaganda and East Kazakhstan regions.

Across the regions, almost a third of the rough and semi-finished gold or gold in the form of powder was manufactured in Nur-Sultan (9.2 tons, which is 22.3 percent more compared to the past year). The other two top regions include the East Kazakhstan and Akmola regions.

The gold mining industry is also expanding in Kazakhstan. Construction of the new mining and metallurgical plant Monterra Qasaqstan was recently launched in the Zhambyl region, the regional akimat (city administration) reports. The projected cost of the plant is $1.9 billion and its goal capacity is up to 10 tons of gold ore per year.

According to Energyprom, a drop in gold prices is expected in the near future with the average cost of gold in the world falling by $1,580 per troy ounce by 2025.