Forecast For Kazakhstan’s Economic Growth Improved to 3.1 Percent For 2021

By Zhanna Shayakhmetova in Business on 20 April 2021

NUR-SULTAN – The forecast for Kazakhstan’s economic growth has been improved from 2.8 percent to 3.1 percent in 2021. This was announced by the Minister of the National Economy Aset Irgaliyev who presented the total forecast of macroeconomic indicators and the draft national budget at the governmental meeting on April 20. 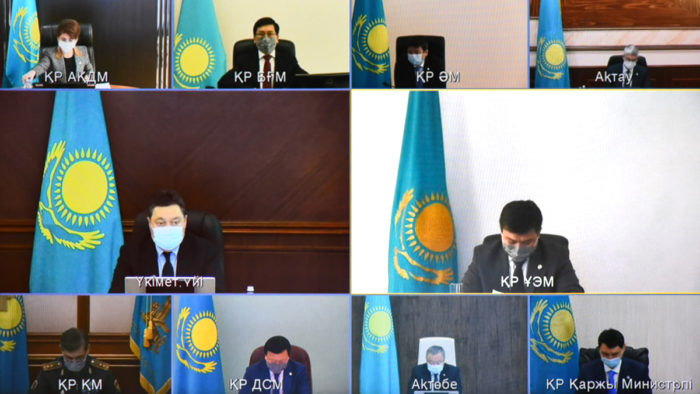 The forecast is based on the World Bank’s prognosis that the global economic growth will increase from 1.6 to 5 percent considering the vaccination deployment.

“The GDP growth rate has improved from minus 4.5 percent in January to minus 1.6 percent in the first quarter,” said Irgaliyev.

The forecast indicators in the manufacturing industry were improved from 4.1 percent to 5.2 percent due to the increase in metallurgy production amid a general recovery in external demand.

In construction, the forecast has been improved from 2.5 to 5 percent due to the planned commissioning of 17 million square meters of housing.

According to the National Bank’s forecast, export will increase by $10.8 billion to $52.2 billion.

Inflation has remained in the previously approved corridor of 4.0-6.0 percent.

The national budget for 2021 has been approved based on the revised macroeconomic forecast. The main directions of expenditures will be the implementation of the Nur Otan Party program and the state-to-the-nation address delivered on Sept. 1, 2020.

In addition, financing will be provided for the pandemic and modernization of healthcare as well as stimulating the real sector of the economy.

The forecast for socio-economic development and a draft decree on the national budget for 2021-2025 will now be submitted to the Kazakh Parliament.