By Zhanna Shayakhmetova in Culture, Kazakhstan’s Independence: 30 Years on 6 April 2021 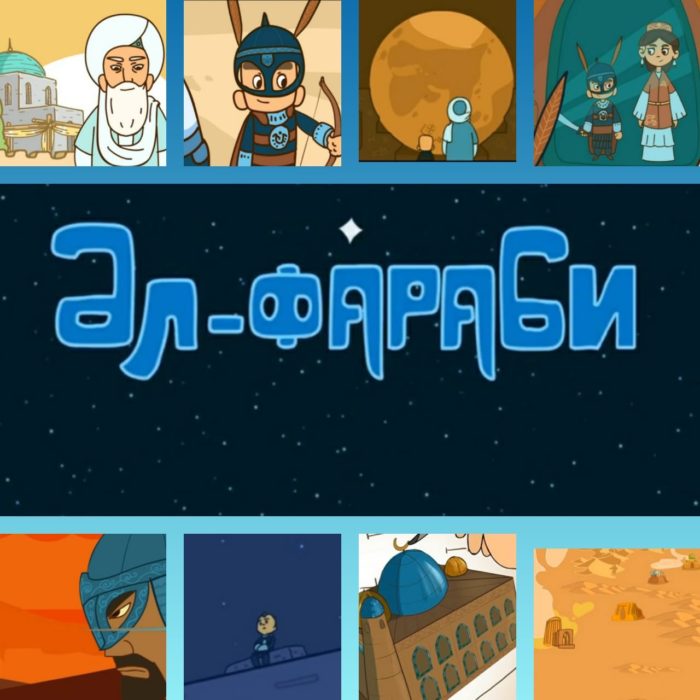 The poster of “Al-Farabi” TV series.

The first season includes 10 episodes of eight minutes presented in 2D format. The series tells about a medieval philosopher and scientist who made a significant contribution to science Abu Nasr Al-Farabi. The series shows Al-Farabi’s childhood and his path to science.

“Our mission is to create an educational series for children to motivate them to study the history of their country and instill an interest in the scientific knowledge possessed by the Turkic scientist Al-Farabi,” said director of Balapan TV channel Makpal Zhumabai.

The authors believe that the series will increase the popularization of science and interest among preschool and school age children. The series will air at 8.30 p.m. and 11 p.m. from Monday to Friday.

In late January, the Khabar TV Channel announced plans to release Russian director Sergei Azimov’s documentary film about Al-Farabi in the near future. The picture was filmed in different countries where he once lived and worked. In the film, scientists from Egypt, Turkey, Russia and Kazakhstan talk about the latest research of the great philosopher, which revealed new facets of the life of the scientist of the East.

In 2020, Kazakhstan celebrated the 1150th anniversary of Al-Farabi with a number of events and conferences. Due to the pandemic, most of them were held virtually. Al-Farabi was born on the territory of modern Kazakhstan and his views remain relevant today.