The Rise of Kazakh Diplomacy: Building Bridges Out of Barriers. Five recommendations

By Iskander Akylbayev in Kazakhstan’s Independence: 30 Years, Op-Ed on 17 March 2021

Pragmatism, consistency and a multi-vector approach is the traditional style of Kazakh foreign policy. For a long time, historical context and geography have been shaping the rules of the game in Kazakhstan’s regional policy, as well as polishing a unique negotiation style. 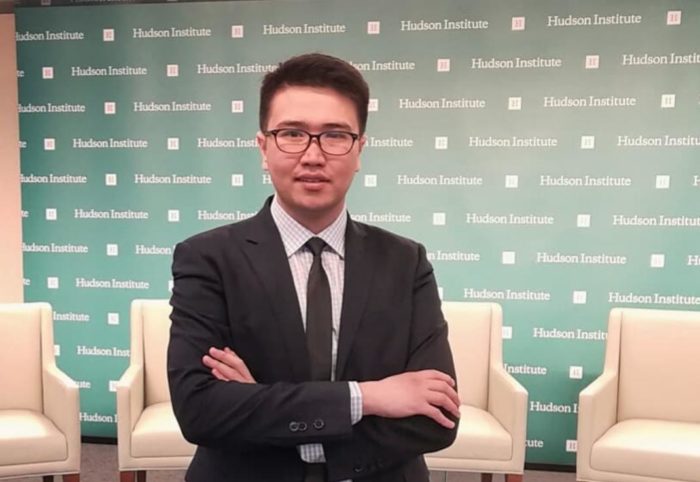 At the dawn of the country’s independence, complex geopolitical realities were the main barrier to building constructive relationships between Kazakhstan and the international community. However, the ability of Kazakhstan’s leadership to combine strategic flexibility with a clear understanding of national interests created the modern basis of the Kazakh school of diplomacy.

Today, against the background of ongoing global geopolitical shifts, Kazakhstan is entering a new stage of its political and socio-economic transformation. The outlined modernization agenda actualizes the need for a constructive rethinking of the country’s foreign policy, while forming consolidating narratives.

In this context, the new Concept of Kazakhstan’s Foreign Policy for 2020-2030 becomes a reflection of the proactive multi-vector approach, forming a new stage of Kazakhstan’s interaction with the international community.

In these conditions, the experience of the negotiating platform and the international initiatives of Kazakhstan such as chairmanship on authoritative platforms – the Organization for Security and Co-operation in Europe (OSCE) and the Organisation of Islamic Cooperation (OIC), negotiations on Syria and the Iranian nuclear program will play an even more important role in the context of growing global turbulence.

Thus, the election and participation of Kazakhstan as a non-permanent member of the United Nations Security Council for 2017-2018 coincided with a period of significant global changes.

However, despite certain difficulties, all this served as a substantial trial run for Kazakh diplomacy, and of the development of diplomatic immunity, which nurtured a new generation of Kazakh diplomats.

Today, conflicts and risks arise more often. Unconventional players and asymmetric threats are moving into the international foreground. Thus, 2020 has become a “perfect storm” for Kazakhstan and the international community. The outbreak of the coronavirus has forced countries to “self-isolate” and see the importance of the digital dimension and the need for structural reforms in public administration.

For the first time, the usual regime of international relations and diplomacy was transferred to the “no handshake” regime. The so-called “Zoomplomacy” moved global summits to theInternet, which can lead to miscommunication and incomprehensibility during negotiations, creating “translation difficulties” for political leaders. At the same time, the ongoing crisis in the Middle East, a sharp drop in oil prices, the relations between the United States and China, climate change, population growth and the threat of cyberspace are becoming new triggers for global tensions.

In this context, the recommendations are as follows:

First, the growing long-term confrontation between China and the United States will create tension in the world. Kazakhstan, which has strategic relationships with Washington, Beijing and Moscow, will be under constant pressure to choose tactical partnerships in specific areas. In addition, the “Afghan factor” and the continuing turbulence in the region will remain the focus of attention of regional players. In this regard, it is strategically necessary for Kazakhstan to be able to adapt and manage changes at the foreign policy level.

Secondly,  the demand for increasing the level of regional cooperation will grow, taking into account the cooperation in Central Asia. Kazakhstan and other countries of the region have a lot of work to do to systematise and resolve interregional and internal issues, primarily in economic and social spheres. At this stage, the “integration agenda”, in addition to intergovernmental agreements, should be reinforced by the strengthening of cooperation at the level of small and medium-sized businesses, as well as educational and cultural exchange.

Building a regional vision of security and a threat scale will be an important step in creating common response measures and building cooperation in the region.

Third, according to The Global Risks Report 2020 published as part of the World Economic Forum held in Davos, five of the key ten risks are climate-related. In these conditions, given the global climate challenges, Kazakhstan also faces environmental and climatic disasters – drought, access to water, floods, moderate risks of earthquakes.

Based on the fact that the largest cities in Central Asian countries such as Almaty, Bishkek, Tashkent, Ashgabat and Dushanbe are located in zones of seismic activity, this poses a direct threat to the national security of the countries of the region.

Fourth, for Kazakhstan, the last decades have been marked by certain quantitative and qualitative changes in demography and by filling an ideological vacuum. In these conditions, the new generation of Kazakhstan, being the main consumer of digital content and a key resource for economic and political development, forms its own vision of relationships in the context of state – society.

Currently, the total number of young people is approximately four million (22 percent of the population), 2.3 million of whom reside in urban areas and 1.7 million – in rural areas. Consequently, the ability to build a constructive dialogue and understand the messages of the younger generation of Kazakhstan becomes a strategic necessity for the improvement of the effectiveness of state policy implementation. Thus, the international status of Kazakhstan will depend on the competitiveness of young people.

Fifth, in the context of global digitalization and the introduction of new technologies in public life, business processes and public administration, Kazakhstan needs to strengthen its own digital agenda, including economic diversification, trade relations, social change, and security issues.

Foreign policy in its traditional form is being transformed in the era of social networks and digitalization. For example, in his book “The Naked Diplomat,” Tom Fletcher, a former British diplomat, talks about how information technology is changing the traditional understanding of diplomacy, foreign policy, and relationships between countries and societies. The author emphasises that some countries such as Denmark already officially appoint ambassadors not to any country, but, for example, to the Google corporation. In this regard, global technology corporations have become an important stakeholder in international politics.

Realising that the world is entering a process of “permanent unpredictability”, the field for political manoeuvre will already be restricted and the time for making foreign policy decisions will be increasingly limited, requiring Kazakhstan to take specific positions on certain issues.

At the same time, this can serve as an important impetus for the adaptation of a multi-vector policy to the new, more complex conditions of modern international relations.

Kazakhstan, having the status of a negotiating platform, can play ahead of the curve and be at the forefront of resolving international conflicts by developing preventive measures and constructive formats for dialogue in the region.

The author is Iskander Akylbayev, the Executive Director of Kazakhstan Council on International Relations.