By Abira Kuandyk in Kazakhstan’s Independence: 30 Years, Nation on 31 March 2021 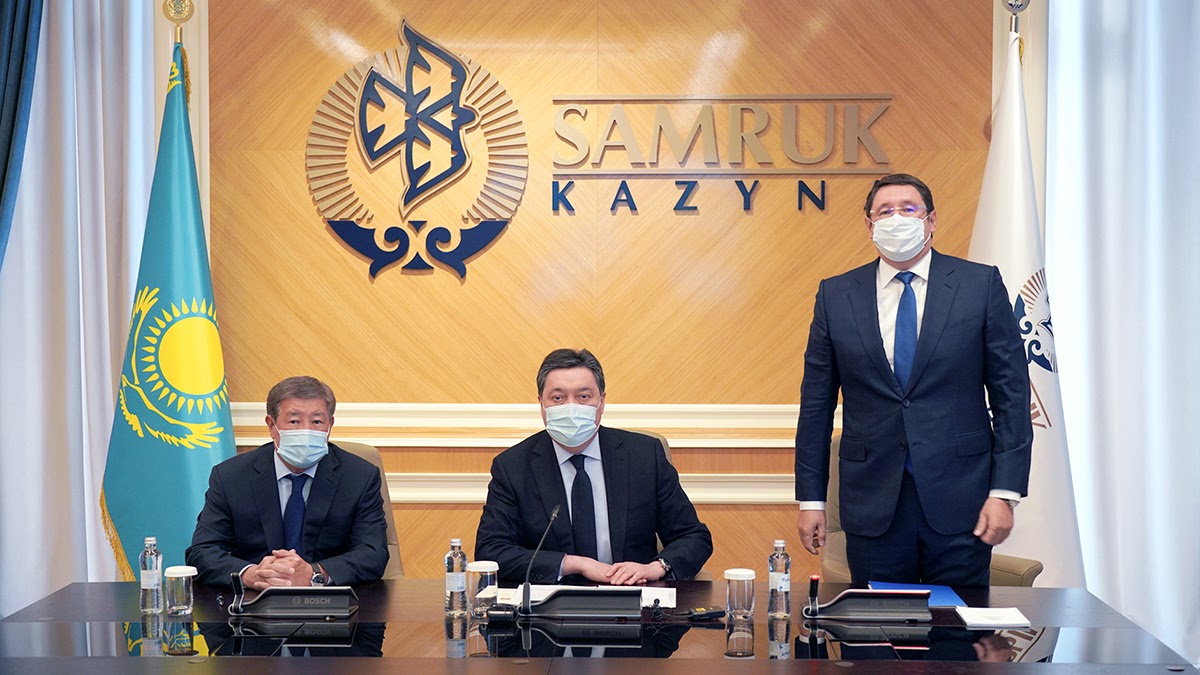 The fund as an investment holding has been unique in its mission to improve the national welfare of Kazakhstan and to ensure the long-term sustainability for future generations since its creation in 2008.

“Kazakhstan’s First President Nursultan Nazarbayev and the head of state Kassym-Jomart Tokayev set important tasks for the Samruk-Kazyna fund to create favorable conditions for further sustainable development of the national economy through the development of the fuel and energy sector, infrastructure, transport and logistics and industrial potential of the country, attraction of investments and support of domestic producers,” said Prime Minister Mamin.

The Samruk-Kazyna fund includes companies in the oil and gas, transport and logistics sectors as well as the chemical and nuclear industries, the metals and mining, energy and real estate sectors. The company list includes Kazakhtelecom, Kazpost, Air Astana, Kazakhstan temir zholy (national railroad company), KazMunaiGaz, Tau-Ken Samruk Mining Company, KEGOC Kazakhstan’s electric grid operator, United Chemical Company among others. The fund’s assets amount to about US$69 billion, according to the fund’s statements.

It was created in October 2008 by the decree of Kazakhstan’s First President Nursultan Nazarbayev. The idea to unite all national companies into a single holding under state control came to Nazarbayev after his visit to Singapore in 2003.

In 2003, Nazarbayev met with Lee Kuan Yew, Prime Minister of Singapore until 1990 and the management board of the Temasec, the national investment fund, which manages part of the state assets of Singapore. Nazarbayev highly appreciated Kuan Yew’s activities in the field of state government and economy development and took into account the experience of Singapore’s economic miracle in carrying out Kazakhstan’s economic reforms.

It was concluded that one of the tools for increasing the long-term value and capitalization of national companies would be improving corporate governance.

In 2020, the Samruk-Kazyna Fund entered the top 20 funds for the implementation of sustainable development initiatives according to the United Nations.

By introducing the new head of the Fund, Almasadam Satkaliev, the head of government Mamin highlighted his extensive experience in the energy sector and working within the Fund’s system.

Mamin thanked the former chair of the board of the Fund Akhmetzhan Yessimov, who headed the fund from 2017, for his significant contribution to the socio-economic development of Kazakhstan and effective work in previous government positions over the years since Kazakhstan’s independence.