NUR-SULTAN — The footage, recorded in January 2021 by the United Nations Development Program (UNDP) in Kazakhstan, shows a snow leopard family of three wandering through a forestry area in Kazakhstan’s southern Zhambyl region. 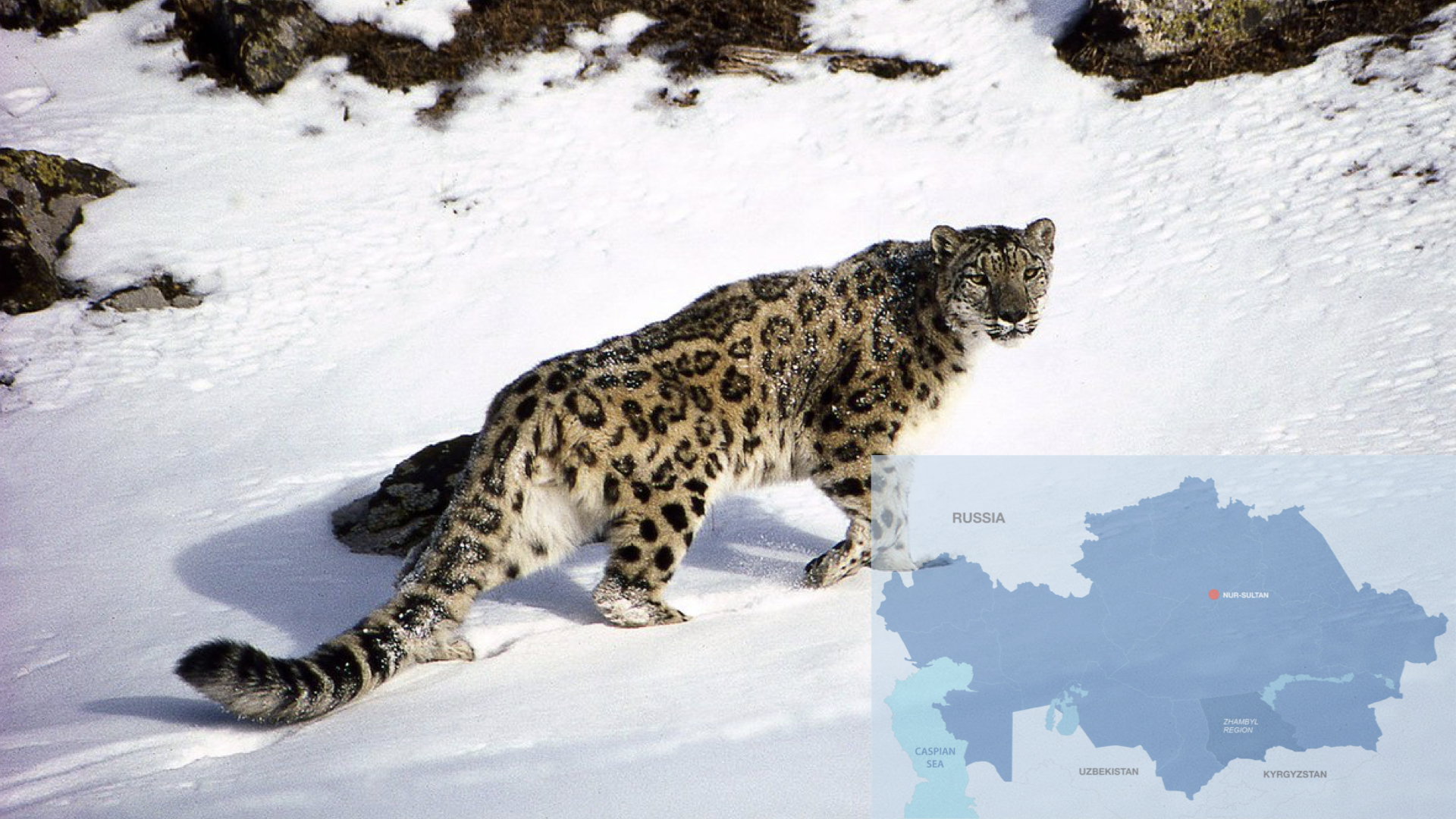 The footage was taken using installed camera traps. Near the end of 2019, a snow leopard was featured on video in the Zhambyl region for the first time. Since then, camera traps have captured wild animals about 20 times.

According to the UNDP in Kazakhstan, the presence of a predator testifies to the good condition of the mountain ecosystem, the presence of a food base and the effectiveness of nature conservation measures implemented by the Merke Forest and Wildlife Protection Agency. These conditions justify the creation of a specially protected natural area in the Merke village area in Zhambyl region.

“The creation of a specially protected area will help protect the snow leopard and other species of red book animals, as well as contribute to the development of ecotourism and the expansion of employment opportunities among the local population,” said Yakup Berish, UNDP Resident Representative in Kazakhstan.

The unique footage was taken thanks to the camera traps provided by the United Nations Development Program with the support of the Global Environment Facility (GEF).

In total, 11 camera traps were transferred to the Merke Forest and Wildlife Protection Agency.

In order to improve the quality of monitoring and wildlife protection, UNDP, with financial support of the Global Environment Facility (GEF), donated 294 camera traps to 13 specially protected natural areas of Kazakhstan.

The snow leopard is one of the rarest and least studied members of the cat family and a recognized symbol of the Central Asian region.

Listed on the red list of the International Union for Conservation of Nature (IUCN) as a threatened species, the snow leopard can still be found in Kazakhstan, Bhutan, Russia, Kyrgyzstan, Nepal, Uzbekistan, Mongolia, Tajikistan, China, India, Pakistan and Afghanistan, within an area spanning 500,000 square meters, according to undp.kz.