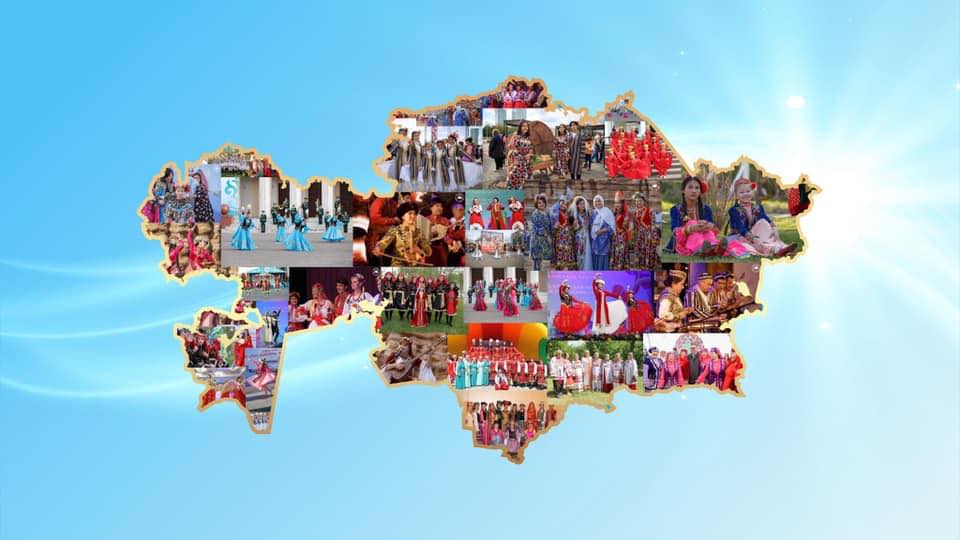 Kazakhstan is a home to more than 130 nations. Photo credit: assembly.kz

The Day of Gratitude has been celebrated in Kazakhstan since 2016. Kazakhstan’s First President Nursultan Nazarbayev proposed initiating the holiday in April 2015 during the celebration of the 20th anniversary of the Assembly of the People of Kazakhstan.

The Assembly of the People of Kazakhstan is a consultative and advisory body under the President of Kazakhstan aimed at representing the interests of all ethnic groups in Kazakhstan. Its role in Gratitude Day is therefore symbolic, reflecting on the cultural and ethnic diversity of Kazakhstan.

“This wonderful holiday, announced by the Leader of the Nation at the session of the People’s Assembly in 2015, has acquired a special meaning and deep symbolism. Its values embody the strong traditions of mutual assistance and the unbreakable unity of our people,” said Tokayev in his congratulatory remarks.

The holiday acquires a particular relevance, he said, as the country celebrates the 30th anniversary of its independence.

“Our citizens make an invaluable contribution to the development of the country, strengthening peace and harmony in the blessed Kazakh land. I thank my compatriots for their creative work for the sake of Motherland. There is no doubt that together, as a united nation of workers, we will achieve our goal – to build a just society and strengthen our statehood,” said Tokayev.

Nazarbayev also conveyed his congratulations to the country’s 18 million population saying the holiday “represents the goodness, mercy, mutual assistance and unity of the people of Kazakhstan.”

“The special symbolism of this holiday is that it is celebrated on the first day of spring, a time of renewal and hope. And today we not only remember the spiritual achievements of the nation and the hardship all ethnic groups in our country had to face but also look to the future with confidence, where a solid foundation is the consent and consolidation of Kazakh society,” he said.

Kazakhstan’s efforts to address the coronavirus pandemic is one of the examples of the country’s unity, remarked Nazarbayev.

“In the year of the 30th anniversary of our independence, we are once again showing that the path to prosperity is built on strong moral foundations, the principles of tolerance, respect for our history, and love for our common motherland,” said Nazarbayev.