By Abira Kuandyk  in International, Kazakhstan’s Independence: 30 Years on 3 March 2021

NUR-SULTAN – March 2, 1992 is a significant milestone in the history of Kazakhstan, which marked the recognition of the country’s independence by the world community. 29 years ago Kazakhstan became the 168th member state of the United Nations, the Kazakh Ministry of Foreign Affairs said in a statement on March 2. 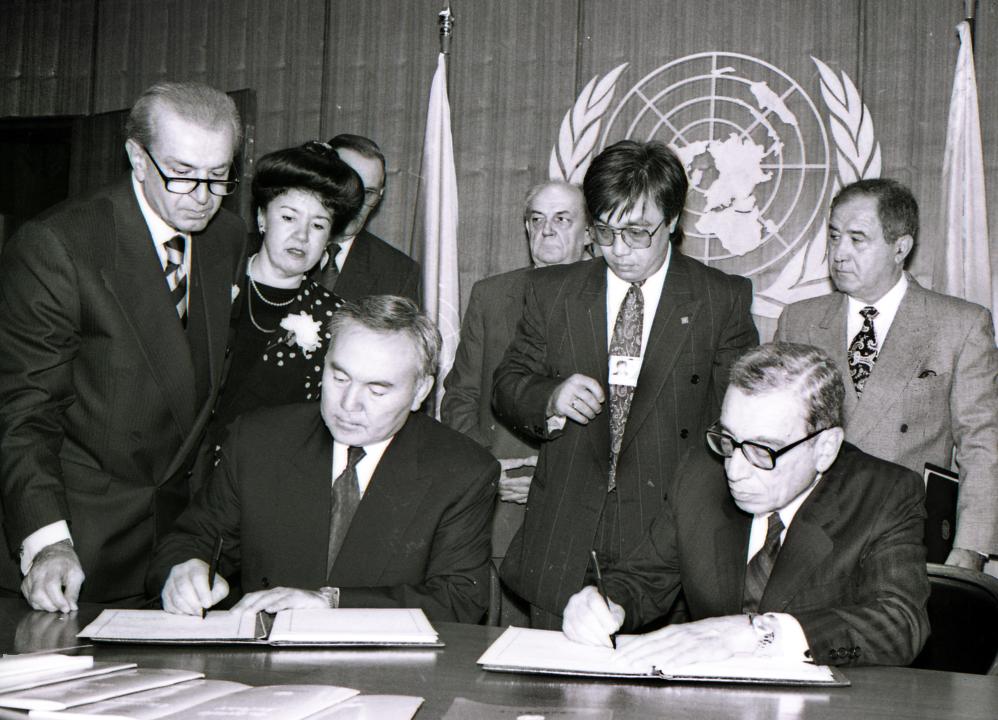 Kazakh First President Nursultan Nazarbayev and sixth Secretary-General of the United Nations Boutros Boutros-Ghali signed the Convention on the Rights of the Child on Feb.16, 1994. Photo credit: gov.kz.

Established in 1945, the United Nations remains irreplaceable as the premier universal global organization serving the interests and urgent needs of all mankind.

Throughout the years of independence, Kazakhstan was fully compliant with the UN system and demonstrated its full adherence to the goals and principles of the UN Charter.

The high level of cooperation with the UN was facilitated by numerous contacts at the highest level. Since 1992, First Kazakh President Nursultan Nazarbayev visited the UN headquarters in New York 11 times and spoke nine times at the high-level general debates of the General Assembly, said the ministry in a statement. 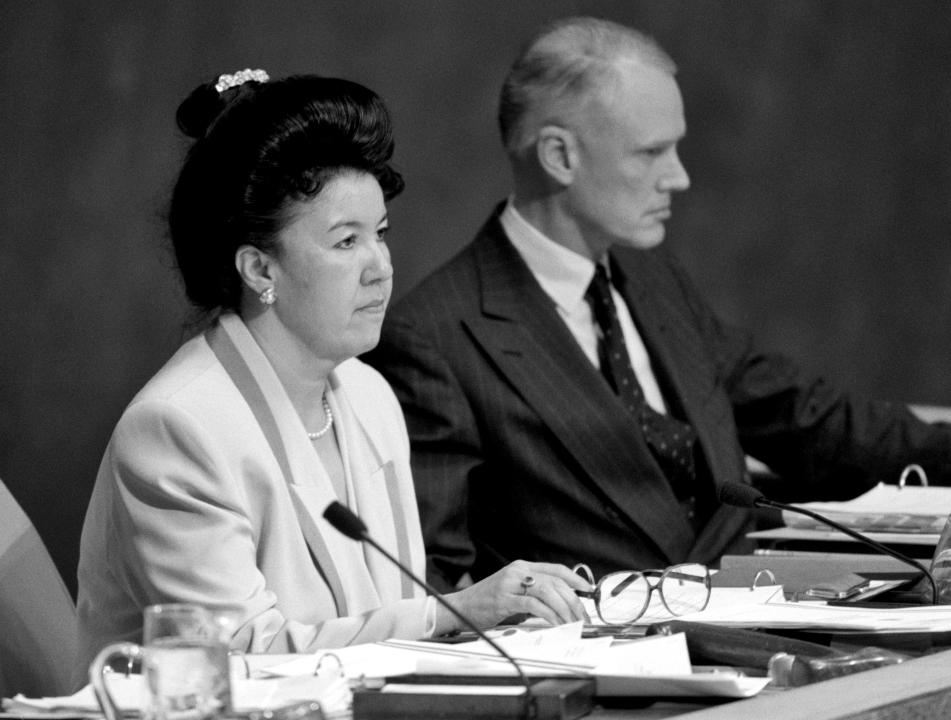 Akmaral Arystanbekova, the first woman ambassador in the history of Kazakhstan, to serve as the first Permanent Representative of Kazakhstan to the UN in 1992.

The main international initiatives of Kazakhstan put forward to the United Nations by First President Nursultan Nazarbayev and Head of State Kassym-Jomart Tokayev are the convening of the Conference on Interaction and Confidence Building Measures in Asia, the creation of a UN Special Program for the Economies of Central Asia, the declaration of August 29 as the International Day against Nuclear Tests and the establishment of the International Agency for Biological Safety among others.

During 2011-2013, Kazakh President Kassym-Jomart Tokayev held the post of Under-Secretary-General – Director-General of the UN Office in Geneva.

For 2017-2018, Kazakhstan was elected as a non-permanent member of the UN Security Council, the first among the Central Asian states. Membership in the UN’s major body for maintaining peace and security allowed Kazakhstan to consolidate its reputation as an active and responsible partner in the global community.

The interaction of Kazakhstan with the UN is not limited to the global and regional levels, UN interaction is taking place at the country level as well.

Currently, there are 23 entities of the UN system working in Kazakhstan, the ministry said in a statement.

On May 1, 2019, the Kazakh President participated in the opening of a new building for international organizations which includes 16 entities of the UN system in Almaty.