By Abira Kuandyk in Culture, Kazakhstan’s Independence: 30 Years on 2 March 2021

NUR-SULTAN – March is designated as a month dedicated to Kazakh national traditions and culture with a series of holidays: the new Day of Gratitude, International Women’s Day, Korisy kuni (meeting day) and Nauryz celebrations. More than 500 events will be conducted across the country, including 2,000 projects of various formats starting March 1, the Kazakh Ministry of Culture and Sports press service reported on March 1. 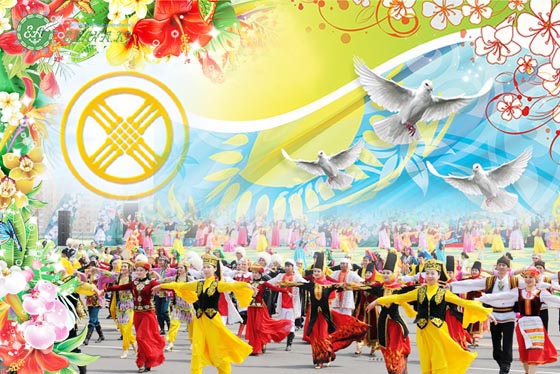 Сultural events and charitable concerts are planned as part of the International Women’s Day on March 8.

The Ministry has also organized premieres of the Akbilek, Eight women performances as well as the Female image in works of fine art exhibition and screening of national films by Kazakhfilm.

Nauryz celebrations will include the Karagoz play at the Republican German Drama Theater, Evgeniy Brusilovsky’s Kyz Zhibek opera at the Astana Opera Ballet.

Other events include exhibitions at the Ulytau National Historical, Culture and Natural Reserve-Museum, a traditional song evening at the Almaty Regional Philharmonic Orchestra and festive concerts in Almaty.

Events will promote the idea of Nauryz as a bright manifestation of national consciousness and national unity.