Kazakh Film Industry Comes Out of 2020 Stronger Than Ever

By Zhanna Shayakhmetova in Culture on 20 March 2021

NUR-SULTAN – The film industry has gradually resumed its work after the pandemic outbreak. Overall, the shooting of 13 films was completed in 2020 and 41 films are currently in production, according to a Kazinform report. 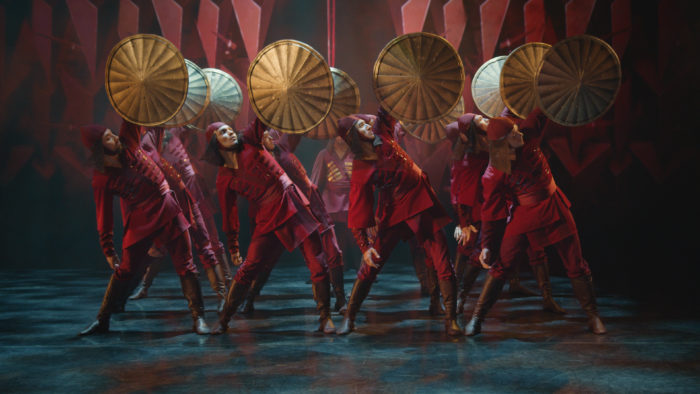 A scene from “Sultan Beibars” ballet.

Despite ongoing restrictions, Kazakh films still made it into the media spotlight as 25 films produced by Kazakhfilm were featured in 55 international film festivals and received 28 awards since the beginning of 2020. 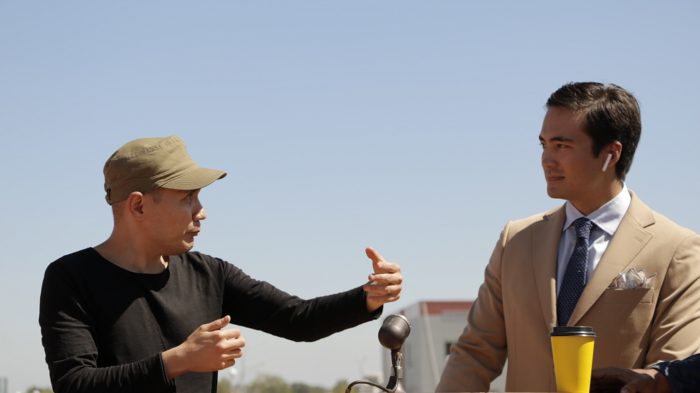 “Dombyra” a short film named after a Kazakh two-stringed instrument won a special prize from the Winter Season Jury of the Spanish Short Of The Year festival. The “History of Civilization” film was awarded the Silver Leopard at the International Film Festival in Locarno, Switzerland. 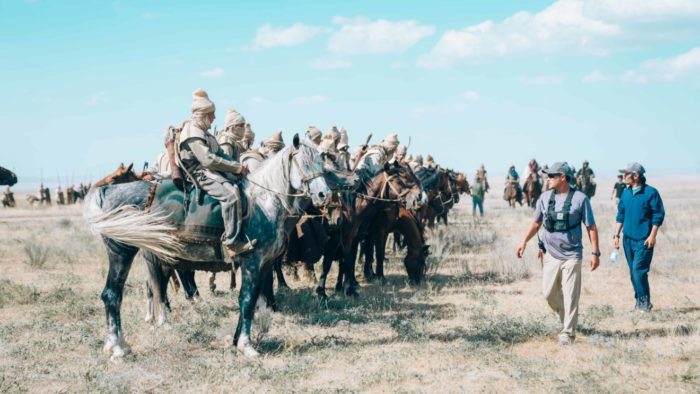 Kazakh Nomad Stunts founder, director and performer Zhandarbek Kunguzhinov (in a grey shirt) received the US Taurus World Stunt Award for best action in a foreign film. The Taurus is an equivalent to an Oscar award for stunt performers. Photo credit: nomadstunts.kz.

Farkhat Sharipov’s “18 Kilohertz” won the grand prix at the 36th Warsaw International Film Festival. The film told the story of teenage life in Almaty in the 1990s and was also named the Best Youth Film after it won in the U18 Youth Film Competition at the 30th Film Festival Cottbus in Germany.

The Kazakhfilm studio’s full-length animated film titled “Muzbalak” won the nomination of the Best Animation Film at two international film festivals – the Swedish Stockholm Film and Television Festival and the Indian Golden Bee international children’s film festival in December 2020. The “Muzbalak” narrates the story of a golden eagle domesticated by a man.

To reach the audience, Kazakhfilm, the major film platform in Kazakhstan, in cooperation with the local TV channels provided access to more than 200 national films.

In 2002, 30 new productions premiered in theaters.

A scene from the “Call of the Steppe” ballet.

In 2020, the Astana Opera House premiered Donizetti’s “Don Pasquale” opera on Tengri TV. In December, the theater staged the premiere of Gaetano Donizetti’s opera “The Elixir of Love” (“L’Elisir d’Amore”), which is considered one of the larger scale performances of the season.

The “Call of the Steppe” ballet premiered in December in the Kazakh capital. The national ballet is set to the music of Kazakh composer Tles Kazhgaliyev and staged by German choreographer Patrick de Bana.

The Astana Ballet Theater launched its streaming service ab-media to view performances in 360 degree. The new format was created to allow spectators to watch performances virtually.  The first performances in the new 360 degrees format were Sergei Prokofiev’s “Cinderella” and the one-act ballet “Zheltoragy Turaly Akyz” (The legend of December) staged by Kazakh choreographer Anvara Sadykova.

Last year, the Astana Ballet theater staged “Sultan Beibars” ballet, which tells the story of Sultan Beibars, who was a historical figure ruling Egypt and Syria in the 13th century.

The Lermontov Russian Drama Theater staged “Once upon a time” by Ermek Tursunov, “Widow’s Steamer” by Irina Grekova and Pavel Lungin, “Autumn Sonata” by Ingrid Bergman and “Wolves and Sheep” by Alexander Ostrovsky. The theater also received a Golden Knight diploma for  its “About Mice and People” play.