NUR-SULTAn – Dimming lights for one hour might not seem a difficult task, but when millions of people do it at one time, this becomes a huge gesture of support that we lend to our planet. With this idea in mind, the Kazakh capital city Nur-Sultan joined the Earth Hour movement on March 27 going dark 7 for one hour between 8.30 pm until 9.30 p.m. 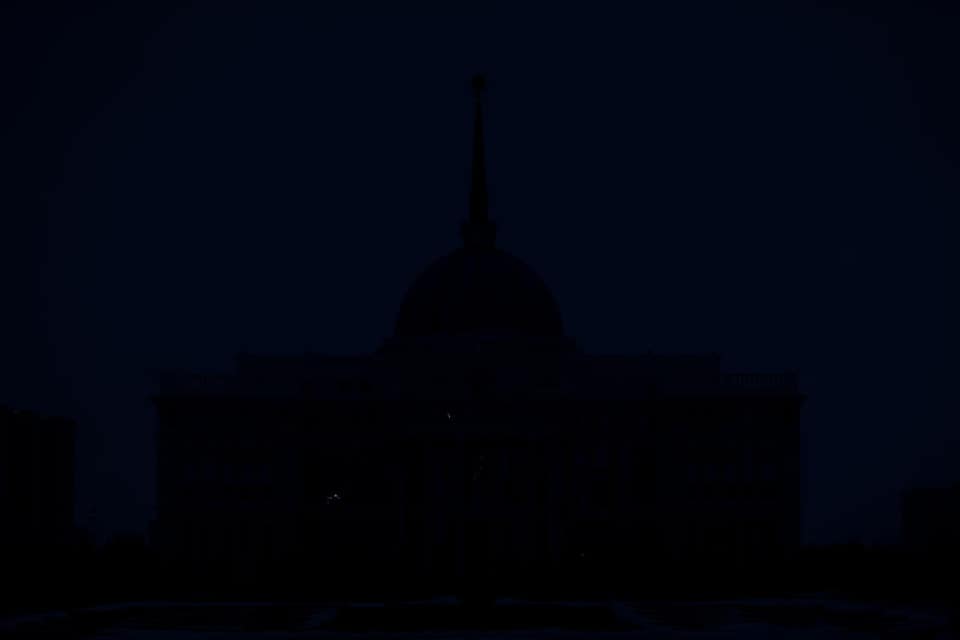 Akorda presidential palace dimmed off the lights for one hour. Photo credit: Ministry of Ecology, Geology and Natural Resources.

The Akorda presidential palace, Astana Opera building, Baiterek Tower, Kazmedia centre and Mangilik El monument were among 150 buildings in the capital city that switched off their lights. 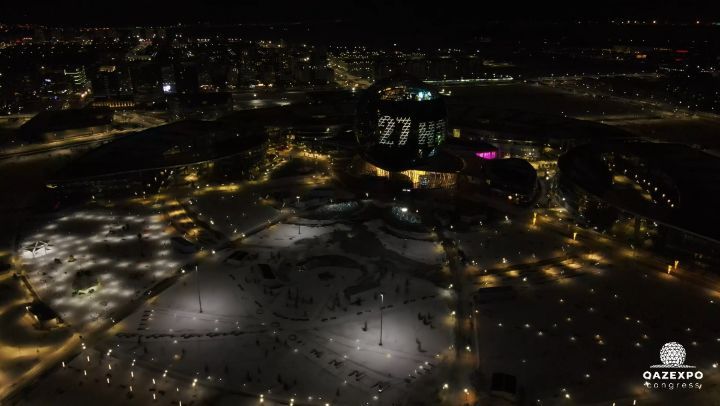 Kazakhstan has been taking part in the campaign since 2009.

“Today, our country traditionally takes part in the largest environmental campaign on the planet – Earth Hour. Millions of people from 180 countries will turn off lights and electrical appliances for one hour. This is a symbolic campaign of care to nature, a public call to take action to preserve the planet’s climate and its limited resources. The Earth Hour campaign is gaining popularity in Kazakhstan. Whereas previously only major cities supported the campaign, for the second year in a row all regions of the country have joined in,” said Minister of Ecology, Geology and Natural Resources Magzum Mirzagaliyev.

This year, the campaign brought a record of 192 countries and territories, according to the organisers. Globally, the Olympic Bird’s Nest Stadium in Beijing, Tokyo Skytree, Hong Kong’s Victoria Harbour, Petronas Towers in Kuala Lumpur, Gardens by the Bay in Singapore, Eiffel Tower, London Eye, Kremlin, St Peter’s Square in the Vatican, Rome’s Colosseum, Acropolis in Athens and Niagara Falls also switched off their lights as well as millions of people at home.

Launched by the World Wide Fund for Nature (WWF), the global campaign, which is in its 15th year, promotes greater awareness and more sustainable use of resources. In 2021, the organisers meant to emphasise the connection between the health of the planet and the health of people, by including the COVID-19 outbreak.

According to Chair of Association of Ecological Organisations Aigul Solovyeva, the campaign encourages citizens to reflect on the consumption of resources.

“Irrational extraction of energy resources will lead us to the point when we will exhaust our reserves. This campaign gives us a chance to think sitting in the dark that we should strive to conserve our nature and to use what we consume efficiently,” she said.

“The success of Earth Hour always moves me. Just when we think it can’t get any bigger, it demonstrates again the enormous weight of public desire for environmental action. As the world faces unprecedented challenges, people have come together to speak up for nature – loudly and clearly – to inspire urgent action for the environment,” he said.

Below is the video published by QazExpo Congress that depicts Nur Alem Pavillion from bird’s eye view: