NUR-SULTAN – The Kazakh capital Nur-Sultan announced new restrictions as the nation witnesses rising coronavirus cases since the beginning of March. 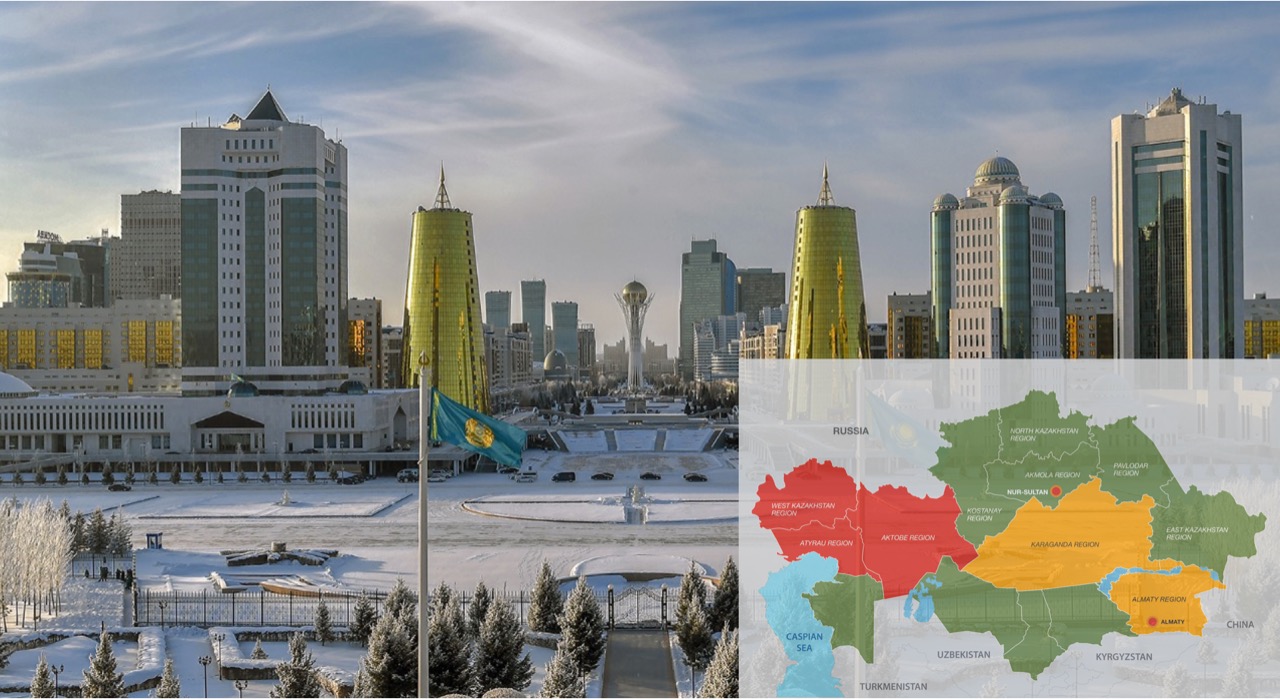 The decree was signed by the city’s chief sanitary doctor Sarkhat Beisenova and came into effect today, March 30.

The new regulations cut the working hours of trade malls and trade centres from 10 am to 5 pm on weekdays only. They will be closed on the weekend.

All students and schoolchildren, except for graduating classes, will be studying from home.

Dining places will be closed on weekends and available only for takeout and delivery, and will be working until 8 pm on weekdays.

The capital city has been in a high-risk red zone since March 10. Daily coronavirus cases stand at around 300.

In Kazakhstan’s largest city Almaty, which has also remained in the high risk red zone, stringent restrictions have been in place since March 20 and were extended until April 12.

Cafes and restaurants provide only delivery and take out, while trade malls, centres and indoor markets suspended their work.

Public transport worked limited hours on weekends from 6 am until 10 am and from 5 pm until 10 pm.

While people are strongly encouraged to limit social contacts and stay at home, the officials believe the situation is similar to the one the nation faced last summer, when cases were rapidly increasing and hospitals were close to their full capacity. The difference is that they are more prepared now, as more hospital beds and resources are available.

“Studies have revealed the likelihood of a mutation that is characteristic for the British, South African, and Brazilian strains in all regions of the country, except for four regions – East Kazakhstan, Kostanai, Pavlodar, and North Kazakhstan,” Tsoy said at a March 30 press briefing.

“Many people who get sick with coronavirus may not have any symptoms. Consequently, no matter what strain they have, they can infect people. There is no single symptom that indicates that you are infected with the coronavirus, one strain or the other. That is why we recommend people if they suspect they have a high risk of being infected with coronavirus, they should self-isolate and be tested for coronavirus,” she said at a March 29 press briefing at the Central Communications Service.

Since the pandemic began, there have been 244,981 сoronavirus cases and 3,046 people have died from it. The nation also reported 50,525 coronavirus pneumonia cases that show coronavirus symptoms, but are not clinically confirmed as Covid-19. 688 people died from it.

Over the past two weeks, the incidence rate increased by one and half times driven by the rising cases in Almaty, Nur-Sultan, Shymkent and Aktobe and Almaty regions.

Overall, the nation is in the red zone.

Vaccination is expected to enter its third phase April 1 immunising students and citizens over 65 years old.

Since it began Feb. 1, more than 131,000 people received the first dose, and 32,482 people have been fully vaccinated. No adverse side effects were reported.

Kazakhstan uses Russia’s Sputnik V vaccine to immunise its citizens. The vaccine is produced at the Karaganda pharmaceutical plant based on the agreement between the Kazakh Ministry of Healthcare and the Russian Direct Investment Fund.

150,000 doses of the vaccine are being distributed to the nation’s regions. The plant is expected to produce 600,000 doses each month from April until June.