By Abira Kuandyk in Kazakhstan’s Independence: 30 Years, Society on 16 March 2021

NUR-SULTAN – According to data released by the Kazakh Bureau of National statistics on March 15, the estimated population of Kazakhstan has hit 18.9 million as of February 1. Since 2002, Kazakhstan’s population has been growing steadily associated primarily with the decrease in migration loss and an increase in natural population growth. 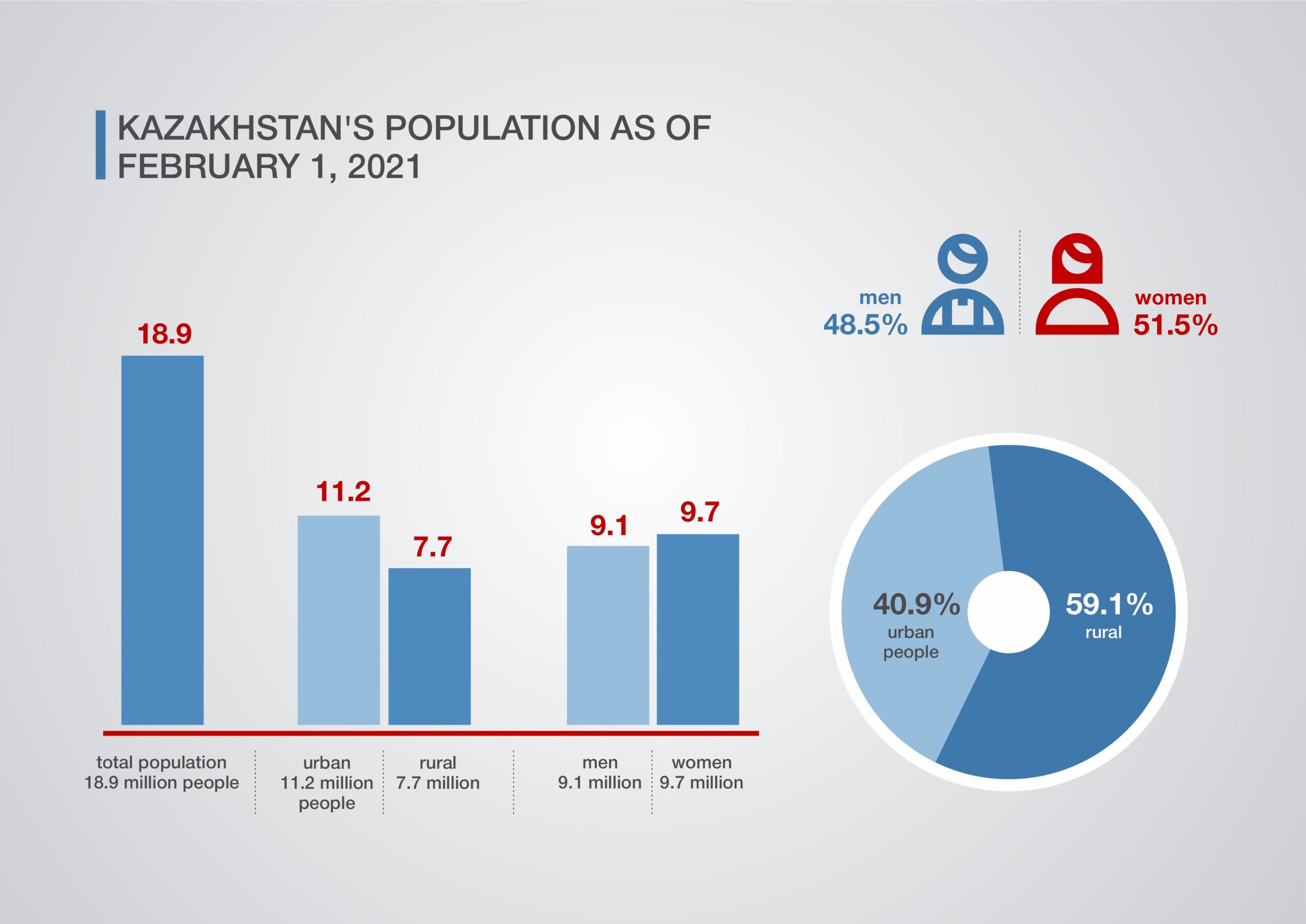 Kazakhstan’s population demographics as of Feb. 1, 2021.

The population growth rate over the 12 months was 1.3 percent, the Bureau said.

Kazakhstan’s population was numbered at 16.4 million people at the end of 1991 at the time of gaining independence and decreased to 14.9 million people in the beginning of 2000, according to the statistics of the Kazakh Ministry of National Economy. This was mostly explained by the return of some ethnic groups to their historical homeland.

The smallest population number in the years of independent Kazakhstan was 14.8 million citizens in 2001.

In 2010, the population returned to 16.2 million people. The demographic issue and sustainable demographic processes was and remains the main priorities of Kazakhstan’s policy. Over the years of independence, Kazakhstan has implemented state programs to improve the demographic situation including those that are aimed at supporting fertility and families with children, raising life expectancy and regulating and optimizing migration.

Since 2008, the urban population has been growing steadily, driven by the country’s three largest cities – Nur-Sultan, Almaty, and Shymkent. As of February 2021, 11.2 million citizens live in urban areas (59.1 percent) and 7.7 million people live in rural areas (40.9 percent).

According to the probabilistic projections of the United Nations Department of Economic and Social Affairs, the population of Kazakhstan will reach 20.6 million people by 2030 and 24 million by 2050.

Since gaining independence, Kazakhstan carried out two population censuses in 1999 and in 2009. The third population census is planned for October 2021 with possible changes of the format and dates depending on the epidemiological situation.