By Zhanna Shayakhmetova in Kazakhstan’s Independence: 30 Years, Society on 8 March 2021

NUR-SULTAN – International Women’s Day is a major day to recognize the achievements of women in various fields. Marzhan Nurzhan is one of those young Kazakh activists who takes part in actions for nuclear disarmament globally. 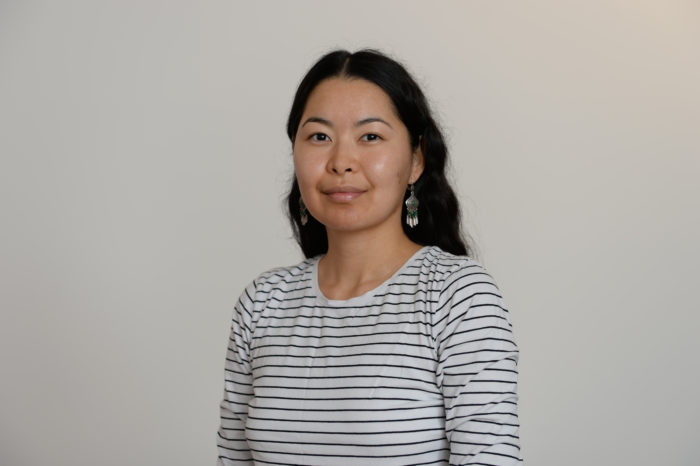 Since its independence Kazakhstan has been known for advocating for its nuclear non-proliferation and disarmament activities. Kazakhstan’s role “in championing the cause to ban nuclear test explosions and indeed all other nuclear explosions” was recognized by President of the United Nations General Assembly (UNGA) Tijjani Muhammad in 2020.

The country can also be proud of its young and ambitious leaders who promote its official peacemaking practices and policies. 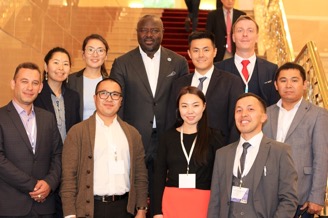 CYG members from Kazakhstan with Dr Lassina Zerbo, Executive Secretary of the CTBTO.

Nurzhan is an Organization for Security and Co-operation in Europe/United Nations Office for Disarmament Affairs (OSCE/UNODA) Scholar for Peace and Security.

Her list of accomplishments is quite impressive. She is a member of the Parliamentarians for Nuclear Non-proliferation and Disarmament’s (PNND) group and an official Coordinator for CIS countries. In 2017, she delivered remarks as the youth speaker for a UN High Level Meeting on Nuclear Disarmament. Since 2019, she has been the initiator and leader of the international youth delegation to a high level conference at the UN in New York. She is also a co-founder of Pro Women in Nuclear Kz.

“I highlighted the role of Kazakhstan as an international disarmament champion, especially in light of the fact that 1/4 of the world’s nuclear tests were conducted at the Semei test site during the second half of 90s,” Nurzhan said in a recent interview for this story.

“After completing a Peace Research course at the University of Oslo in 2017, I was determined to continue pursuing a career in foreign affairs and international diplomacy forums. The topic of a nuclear-weapon free world was of particular interest given the nuclear legacy of Kazakhstan,” she said.

Participants of the training on Conflict Prevention through Arms Control, Disarmament and Non-proliferation jointly organized by UNODA and the OSCE at Vienna International Center in 2019.

According to Nurzhan, the CYG is a group of young professionals who raise awareness of the importance of the nuclear test-ban and promote the entry into force of the CTBT. Established in 2016, the CYG is now one of the most diverse and largest youth networks. It currently comprises almost 1,000 members including 50 young people from Kazakhstan.

Nurzhan noted the role of the youth in raising public awareness.

“The role of the youth as key agents of social change and drivers of change was recognized through several UN resolutions, emphasizing the importance of young people’s engagement for peace and security. Since the topic of nuclear weapons represents a narrow area in the field of global issues unlike climate change, youth networks such as Youth Fusion and CYG provide platforms to educate and raise public awareness via peer exchange and collaborative joint work of like-minded young people,” she explained.

The Youth Fusion network consists of more than 300 members from more than 30 countries, including young people from Kazakhstan.

In 2018, the Kazakh capital hosted the GEM-CYG international conference organized by the CTBTO on the International Day Against Nuclear Testing. The event featured the first screening of the documentary “Where the wind blew.”

Nurzhan co-organized and managed an intergenerational forum and the PACEY Plus award event, one of the projects of the Youth Fusion organization.

“Building bridges between generations, knowledge transfer and maintenance of the dialogue in the field of nuclear disarmament and nonproliferation is crucial for the youth and future generations,” she said.

In December of 2020, Nurzhan took part at the all-women panel on nuclear disarmament at the UN’s 75th anniversary.

“I spoke about the role of the UN General Assembly Resolution 74/64, which promotes the meaningful and inclusive participation of young people in disarmament and non-proliferation efforts. There’s a need for intergenerational dialogues, as nuclear weapons are frequently misidentified as solely a problem of the Cold War era,” she noted.