The First Committee of the United Nations General Assembly at its recent 74th session adopted the resolution Youth, Disarmament and Non-Proliferation. 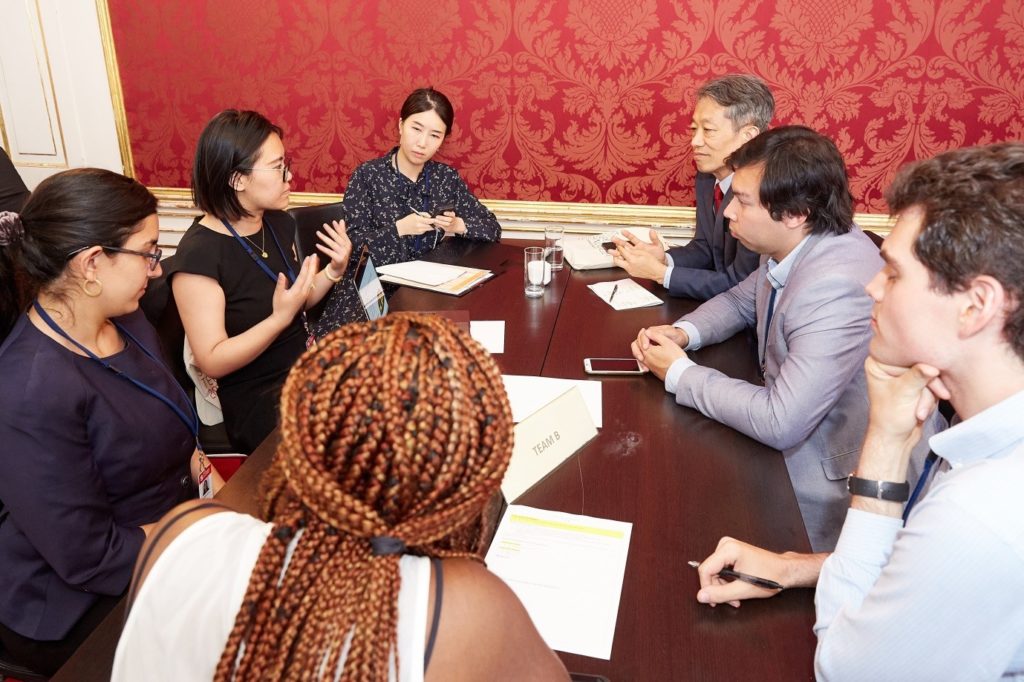 The resolution recognises the role of young people as key agents for social change and acknowledges the positive contributions of youth engagement to sustainable peace and security.

Furthermore, Secretary-General Antonio Guterres released a non-paper entitled Securing Our Common Future: An Agenda for Disarmament, where the role of young people as drivers of change was emphasised, along with the need for sustainability and long-term engagement of youth and further investment in disarmament education. Inequalities connected with geographical location of youth coming from developing countries can limit access or create barriers towards representative participation in the international opportunities in the field of disarmament and non-proliferation.

Despite these challenges, young people are open to new experiences, use creativity to generate novel ideas, have enduring energy, pursue high levels of cooperation and regard themselves as world citizens standing up for one planet. They believe in a common future and simultaneously seek opportunity for actions at local and national levels. Young people can be identified as more inclusive, cosmopolitan, with solution-oriented mindsets. They also promote impactful activities that affect the well-being of everyone.

Climate change is now included as mandatory subject in formal learning process in Italy. This could serve as an example to follow by incorporating the theme of disarmament and non-proliferation in public education. However, non-formal education and online courses have changed the way we obtain, apply, and disseminate knowledge. These approaches have also altered practice we reach out to young people worldwide, especially in the specific area of disarmament and non-proliferation. It is important to raise awareness about the history of nuclear testing and humanitarian consequences, which is mainly associated with the Cold War. For that reason, fostering intergenerational cooperation and promoting peer-to-peer distribution of information, knowledge and skills are crucial.

Thus, the resolution “stresses the importance of realizing the full potential of young people through education and capacity-building, bearing in mind the ongoing efforts and the need to promote the sustainable entry of young people into the field of disarmament and non-proliferation.”

Therefore, CTBTO Youth Group (CYG) prior to the adoption of the resolution established this network to involve youth in a constructive and inclusive manner, considering regional balance. CYG equips next generation with extra-curricular education, such as e-learning modules about the CTBT and its verification regime. In addition, CYG portal provides supplementary lists of educational resources that comprise not only information about nuclear issues but also other weapons of mass destruction. CYG members have opportunity to participate in a meaningful way at the various international events, in particular the Science and Technology conference series and the Science Diplomacy Symposia. At these events, CYG members can enjoy mentorship networks with GEM filling the generational gap in the area of disarmament and non-proliferation.

Empowering youth through education means promoting leadership and courage to build presence and future we want without nuclear tests and explosions. Research and development of innovative initiatives can lead to the transformative changes for global peace and security through science and diplomacy with the direct impact and influence of actions conducted by young people. With the adoption of the resolution Youth, Disarmament and Non-Proliferation, it re-affirms work and endeavour of the CTBTO Youth Group and serves as an impetus for even more youth engagement to finish what we started.