Global Pandemic 2020: A Year Like No Other for Kazakhstan and the World

NUR-SULTAN – Masks, hand sanitisers, social distancing, quarantine – these words were not so widely used just a year ago, but since the coronavirus outbreak last year, nothing has been the same in the lives of millions of people. A year ago, on March 16, Kazakhstan declared a state of emergency, for the first time in the history of the nation, to deal with the rapid spread of an unknown virus. 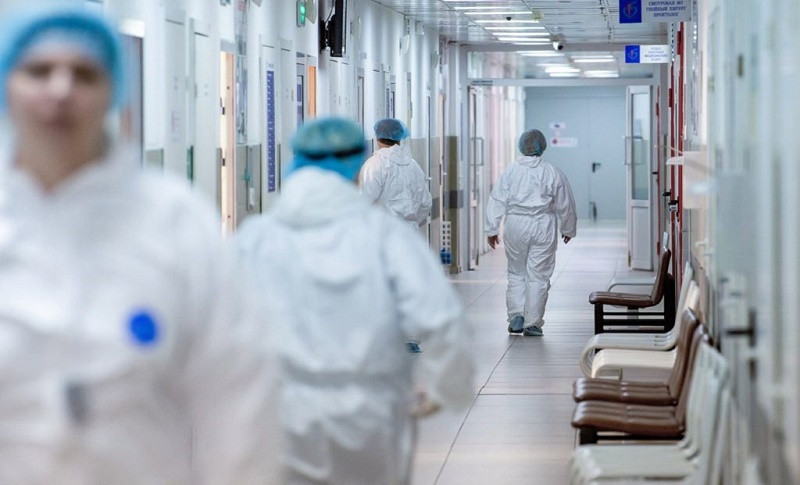 For millions of people around the world, the pandemic brought fundamental changes. Photo credit: astana.gov.kz

On Jan. 30, 2020, the World Health Organisation declared a “public health emergency of international concern over the global outbreak of the novel coronavirus” and three months later, on March 11, it declared the coronavirus infection a pandemic.

“Exactly one year ago the WHO announced the beginning of the pandemic. During this time, Kazakhstan, like the rest of the world, has gone through many difficulties. The state has taken significant measures to protect the lives and health of citizens,” wrote Kazakh President Kassym-Jomart Tokayev on his Twitter account.

March 16 was the day when President Tokayev declared the state of emergency after an urgent meeting in the Akorda presidential palace.

Three days earlier, on March 13, the first coronavirus cases were reported in the Central Asian nation. Two citizens, arriving in Almaty on a flight from Germany, were tested positive for Covid-19.

To address the spread of the infection in the country, on March 22, Kazakhstan locked down its cities and regions, sent students and schoolchildren home for distance learning and ordered people to work from home, and grounded the flights. Life seemed to just stop all at once.

Kazakhstan’s first-ever serious lockdown would begin March 16 and last through May 11, though initially scheduled to end April 15. But after easing the restrictions from May 11 and allowing people to go outside for other purposes, rather than groceries and pharmacy, after nearly two months in full lockdown, cases started to rapidly soar again.

It was not until July that the government ordered a second nationwide lockdown that was put in place until mid-August.

The Kazakh government commission adopted the decision July 2, a few days after Kazakh President Kassym-Jomart Tokayev reprimanded state officials for failing to curb the coronavirus spread in the country and ordered the commission to develop a new plan. By then, Kazakhstan had 42,573 cases and 188 deaths, while hospitals across the country were at or near their full capacity.

Kazakh President Kassym-Jomart Tokayev declared July 13 as a day of national mourning for COVID-19 victims, noting that “each death has personally touched his heart.” As of July 13, the death toll counted 375 people.

Empathy and solidarity were the values on the rise during the pandemic. As COVID-19 spread across the country, Kazakh citizens self-mobilized to help the needy and support medical workers.

Many citizen-volunteers and local businesses teamed up to organize meals for medical workers locked in hospitals for months dreaming of seeing their families.

Since the outbreak of the pandemic, the Kazakh government provided financial assistance to citizens, whose jobs were affected by the coronavirus restrictions, and low-income families.

It also committed to supporting businesses through tax exemptions and loan deferrals. The government commission recently adopted a package of additional measures to extend support to businesses until the end of 2021.

Steady efforts on the part of the government and the citizens to support those who were affected the hardest by the pandemic have offset its devastating effect and there is hope that the situation will improve as vaccination moves forward and the nation develops herd immunity.

According to Tokayev, vaccination remains the only way to overcome the spread of the infection. To date, more than 75,000 people have been vaccinated.

Over the past week, Kazakhstan continues to register nearly 1,000 cases daily, and the officials remain cautious and urge the citizens to remain vigilant and avoid social contacts ahead of the Nauryz holidays.

To prevent the potential surge in cases, the cities in Kazakhstan introduced new restrictions.

Speaking at the government meeting March 16, Kazakh Minister of Healthcare Alexey Tsoy outlined different scenarios of how the epidemiological situation may unfold in the country going forward.