By Abira Kuandyk in Culture, Kazakhstan’s Independence: 30 Years on 8 March 2021

NUR-SULTAN — Marked annually on March 8th, International Women’s Day is one of the most important days to celebrate women’s achievements. Polina Tyrina, 29, a peer of independent Kazakhstan is one of the dedicated women who contributed to spreading Kazakh music culture abroad. Tyrina shared how she lighted up the music project in cooperation with the UAE Embassy in Kazakhstan in an interview with The Astana Times. 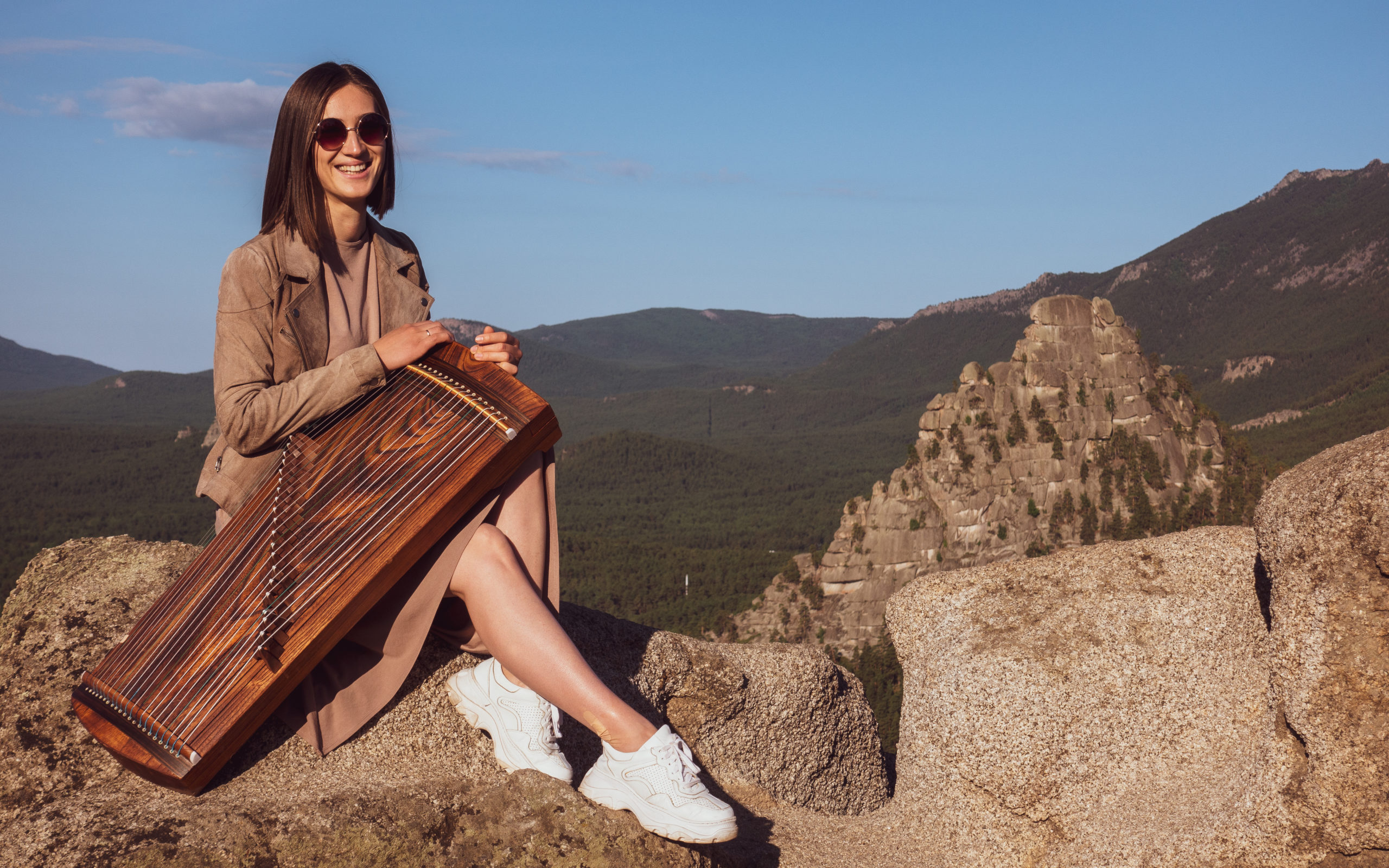 “I devoted several years to the Brazilian bossa nova. I published videos on YouTube and the Brazilians have told me that I sing without an accent. In 2019, as part of the Almas duet, we released an album in which Kazakh folk songs were translated into French. I immersed myself in the French language. One day, I received an offer to cooperate with the UAE Embassy in Kazakhstan.”

The goal was to combine the music cultures of the UAE and Kazakhstan in one song, said Tyrina. “Therefore, we decided to use Kazakh folk instruments for the arrangement. The guitar is a western instrument not peculiar to eastern music. There are many guitar parts in the song and thus the song sounded modern while retaining its oriental flavor.”

Screenlife techniques were used for the visual part of the music clip, said Tyrina. 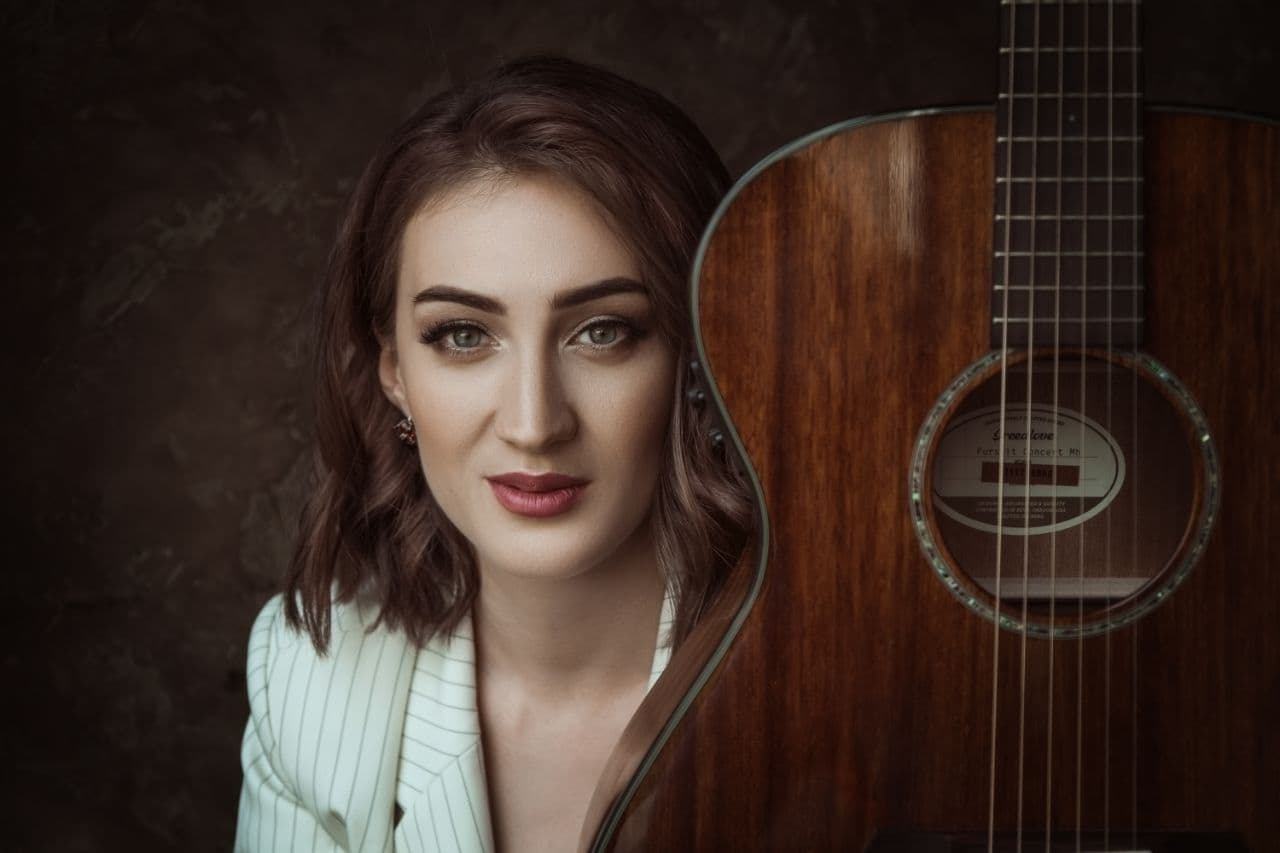 “This is a story told through the screen of a gadget. In the clip, one can see the whole process through which we have gone while working in the project – creating an arrangement, parts for instruments, recording, sound processing, video editing, working with an Arab language instructor on the pronunciation, studying the culture and history of the UAE. In four minutes, the audience can see all of this as if looking at the screen of my laptop while I work on it,” she added.

Tyrina and her team performed “Gased”, a song written on the poems of the first president of the UAE, Sheikh Zayed ibn Sultan.

“It is not just poetry. This is qasida – an ancient, special verse art form of the Arabs of the Arabian Peninsula. At first glance, it seems like just a song, but when we studied it in more detail, we found a whole world of gentle nuance,” the Kazakh musician added.

Music is one of the most interesting and enjoyable ways to experience another culture. Music, especially song forms, encodes deep history and culture, said Tyrina.

“With this project, we wanted to bring together two cultures, two nations. We have received a lot of positive feedback from the people in the UAE,” she added.

“The similarity between Arab and Kazakh cultures is based on a common religion – Islam. Respecting the elders, hospitality, family values are what brings our peoples closer together,” Tyrina said.

Tyrina created the project in the middle of 2020 during the strict restrictions associated with the COVID-19 pandemic. Closed borders and travel restrictions did not prevent her team from heading into the world of Arab culture.

Music has no boundaries, Tyrina said, “the project has become a real confirmation of it. 80 percent of the project was completed online, remotely. Even under severe constraints, we can continue to create. We can continue to develop. We can get acquainted with other cultures, we can explore the world.”

At the end of March, Tyrina with her project team will represent Kazakhstan at the Sharjah Heritage Festival of National Cultures in the UAE. “It is a great honor for us. Thanks to this event, tourists from all over the world can get acquainted with Kazakh folk music. We also plan to prepare a few more songs in Arabic for participation in the festival in order to deepen our awareness of Arab culture,” Tyrina concluded.