Alikhan Bokeikhanov: A Life Devoted to His Country and People

By Zhanna Shayakhmetova in Kazakhstan’s Independence: 30 Years, Society on 5 March 2021

NUR-SULTAN – March 5, 2021 marks the 155th anniversary of prominent Kazakh politician and leader of the Alash (Kazakh intelligentsia) movement Alikhan Bokeikhanov. The movement became a harbinger of Kazakhstan’s independence, whose 30th anniversary is also celebrated this year. 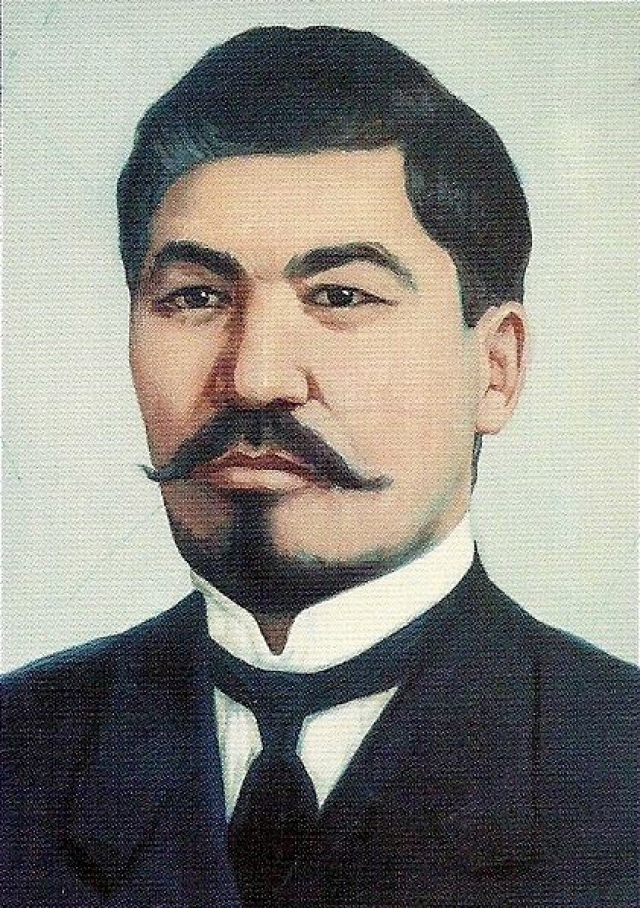 “Alikhan Bokeikhanov is the great son of our people, the founder of the Alash movement. At the beginning of the 20th century, the Kazakh intelligentsia, led by Bokeikhanov did all the best in the pursuit of national interests of our people and set an example of statehood,” Kazakh President Kassym-Jomart Tokayev wrote on his Twitter.

The first democrat among Kazakhs

Bokeikhanov’s words “As long as I live, I will not stop serving the Kazakh people” are the best way to describe his life and activities.

Bokeikhanov was a public figure and statesman, scholar, journalist and ethnographer. For his ideas, he went through tsarist prisons and exile. Until 1917, he was arrested and imprisoned three times in 1902, 1906 and 1908, and he was in exile in Samara in 1909-1917. During the Soviet times, he was also subjected to political persecution and was wrongly convicted and shot to death on the same day in Moscow in 1937. 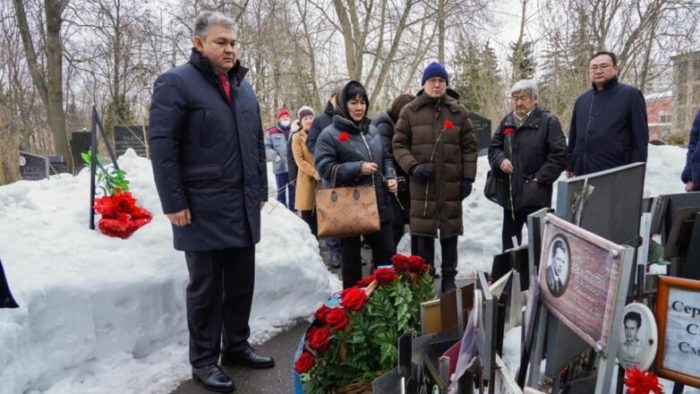 Kazakh Ambassador to Russia Ermek Kosherbaev remarked that the Alash was a precursor to the later independence movement while visiting the mass grave at the Donskoi Cemetary in Moscow where Alikhan Boleikhanov was buried.

He supported the idea that freedom can be achieved in political struggle. He believed that the revival of statehood can be achieved through the development of local self-government.

Bokeikhanov was the first democrat among the Kazakh people and strictly adhered to the European path of development, according to Director of the Chokan Valikhanov Institute of History and Ethnology, Professor Ziyabek Kabuldinov. And the formation of his ideological and political views was influenced by the Great French Revolution. 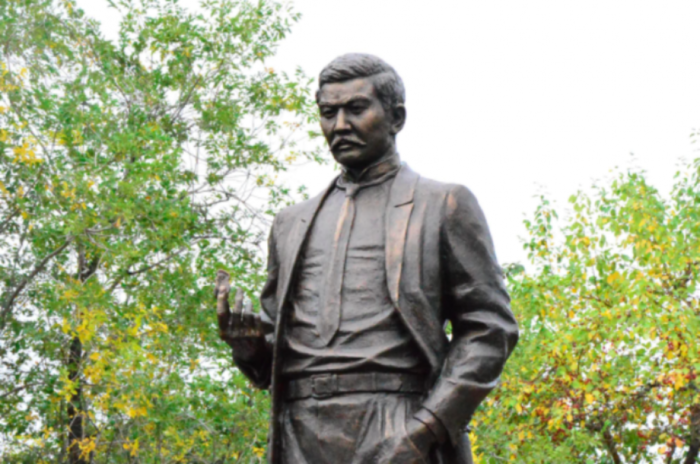 A monument to Alikhan Bokeikhanov in Semei.

According to Kabuldinov, Bokeikhanov was “a brilliantly educated and intelligent man of his time.”

“Bokeikhanov enjoyed the same respect both among the Kazakh people and representatives of the intelligentsia of other nations,” Kabuldinov said in an interview for this story. “He had extensive knowledge of Kazakh history, culture and traditions. His life was devoted to serving his country and his people. His life was a consistent struggle for statehood.”

“Bokeikhanov as a leader was the brightest role model,” said Kabuldinov. The group that followed him was raised against religious fanaticism’,” he added.

The life and deeds of Alikhan Bokeikhanov

Bokeikhanov was born in the Semipalatinsk province of the Russian Empire in 1866. He was the great grandson of Barak Sultan, the former khan of Bukei Horde, an autonomous khanate of Kazakh people (1801-1845).

He began his studies at the Karkaralinsky madrasah, a school attached to a mosque, and  then entered the primary Russian-Kazakh school. In 1886-1890, Bokeikhanov studied at the Omsk Technical School and then at the Forestry Institute in St. Petersburg.

He worked as part of the Tobolsk Expedition to study the farms of peasant migrants. During the expedition, he worked to secure as much land as possible for his Kazakh people.

Being actively involved in social and political work, he revealed the vices of the traditional Kazakh society – desire for profit and the struggle for the position of governor. At the same time, he predicted a great future for his people. “The Kazakh steppe… will achieve success on the path of civilization, as a nation gifted by intelligence and ability,” wrote Bokeikhanov.

In 1913, Bokeikhanov and Kazakh poet/writer and one of leaders of the Alash movement Myrzhakyp Dulatuly founded “Qazaq,” a Kazakh language newspaper, that brought together the Kazakh intelligentsia.

Bokeikhanov categorically opposed forced ejection of Kazakhs from their ancestral lands. He was against the colonial resettlement policy of tsarism and the tsarist policy of Christianizing the local population.

He was the first biographer of Kazakh poet, composer and philosopher Abai Kunanbayev. He also studied agriculture and animal husbandry.

He took part in the creation of the monograph on the history of Kazakh people from ancient times to the present. He wrote historical and ethnographic works including “the Kyrgyz people,” “Materials of the history of Sultan Kenesary Kassymov,” “Ancestral schemes of the Kyrgyz people of the Karakaraly district,” and other works.

His works were published in Moscow, St. Petersburg, Omsk, Tomsk and Semei liberal newspapers. He also translated the classical works from Russian and European literature as well as scientific literature, school and teaching books.

Streets are named in his honor in Nur-Sultan, Almaty and Pavlodar. A monument was erected to him in Semei in 2017.

The Alash Institute of Culture and Spiritual Development published 16 volumes of his works. International and national conferences are held annually to honor his heritage.