NUR-SULTAN – The reforms to modernise the judiciary system in Kazakhstan should mobilise quality specialists and ensure impartiality in court decisions, said Kazakh President Kassym-Jomart Tokayev at a meeting that focused on the modernization of the judiciary system. 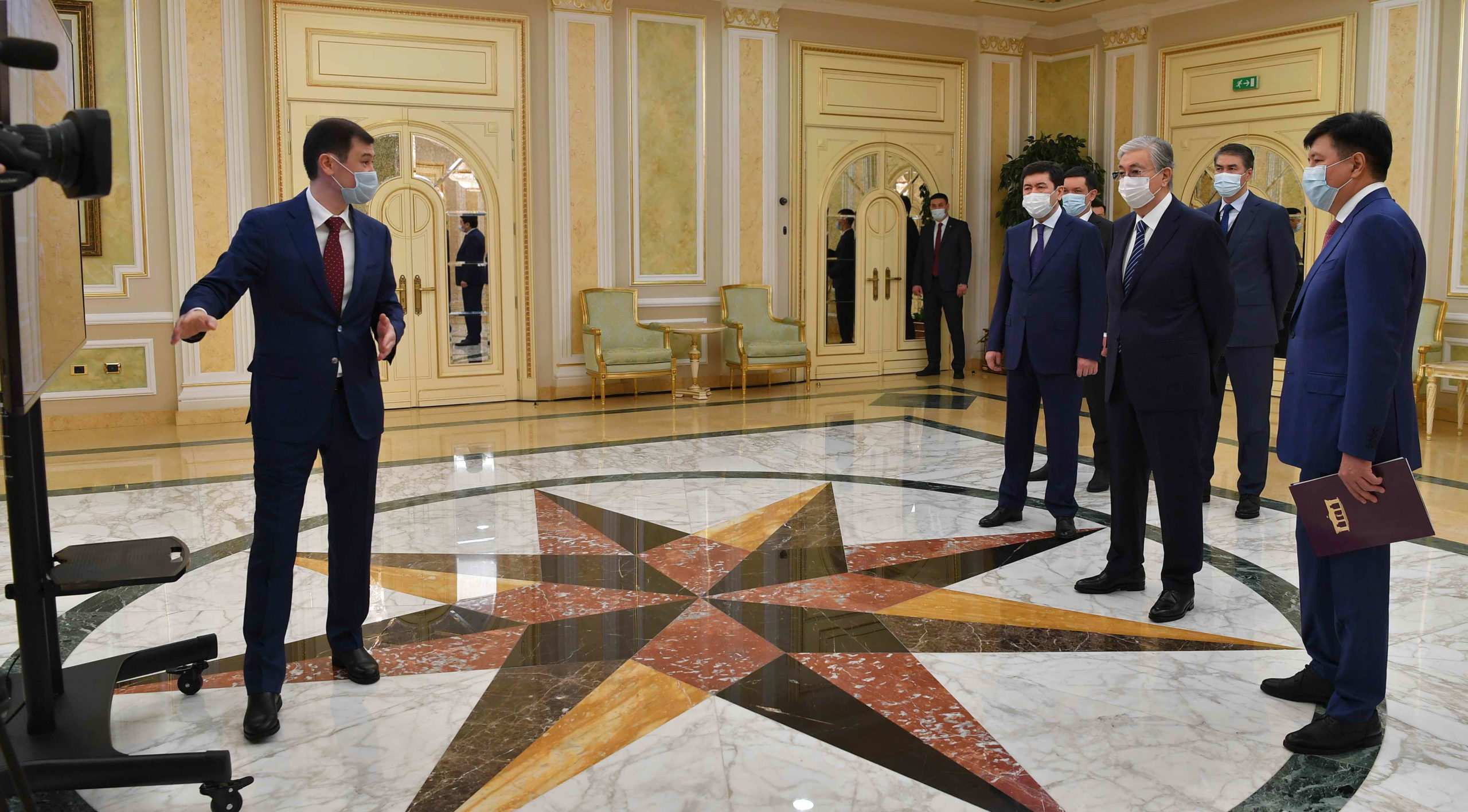 Representatives of judiciary are briefing the President in Akorda presidential residence on the innovations used in the field. Photo credit: akorda.kz.

These measures are designed to increase trust of people in the judiciary.

“The Supreme Court сhair has repeatedly reported to me that judges, under the same conditions, often hand down different decisions. Such questionable cases should not be allowed. It causes a negative reaction in society and word then spreads that all the courts are corrupt,” said Tokayev.

He stressed the need for ensuring greater use of the Supreme Court’s normative rulings and court practices.

“It is also important to incorporate IT-based analysis. Courts in criminal proceedings should not look after the investigative authorities. A sentence cannot be handed down unless the public prosecutor can prove the defendant’s guilt in court. Obviously, with the impartiality of judges, pre-trial investigations will be high quality. And the rights of citizens who have been criminally prosecuted will certainly be protected,” he said.

He stressed that all reforms must be people-oriented.

“Last year, in my address to the nation, I instructed to make the process of selection of new judges more transparent and open. Citizens have the right to know who becomes a judge and for what merits. This must be resolved without delay. The most important task of the Supreme Judicial Council is to promptly provide the courts with highly qualified specialists. (…) The judiciary should attract strong lawyers,” said Tokayev.

Corruption is one of the main factors disrupting the trust in the judiciary. Tokayev said that over the past five years, 17 judiciary representatives were charged with corruption.

“The proposed IT services will allow for developing an integrated knowledge base. By accessing it, a judge will be able to see the decisions of colleagues in similar cases. This will help to avoid the adoption of an incorrect judicial act. Litigants should also benefit from the use of IT understanding the likelihood of the decision on their case,” said Tokayev.

“With an effective judicial system, the rule of law is present in society. Reforms are carried out successfully. This has a positive effect on the well-being and safety of our citizens. The modernization of the judicial system will continue. Kazakhstan is waiting for fundamental positive changes in the judiciary,” he said.