Projects Worth $3.3 billion Planned in Shymkent Over Next Five Years

NUR-SULTAN – Over the next five years, the Shymkent authorities are planning a pool of 123 investment projects worth 1.36 trillion tenge (US$3.3 billion) that are expected to create 11,500 jobs, reported the Kazakh Prime Minister’s press service. Kazakh Prime Minister Askar Mamin visited the cities of Shymkent and Turkestan Feb. 17 as part of his working visit.

The new passenger terminal is expected to increase passenger traffic from 800,000 to 3.5 million passengers a year. Photo credit: Prime Minister’s press service. Click to see the map in full size.

In Shymkent, Mamin and his delegation were briefed on the construction of a new passenger terminal of the city’s international airport with a capacity of 2,000 passengers per hour. The terminal is expected to be commissioned in October this year.

He also visited the construction site of a transport junction at the intersection of the Kunayev and Ryskulov streets that will be opened this year as well.

Karlskrona LC AB was part of Mamin’s visit to the city. The plant produces pumps, pipeline fittings and electrical equipment with a capacity of 2,500 to 10,000 water pumps and 7,000 tons of castings and non-standard equipment. 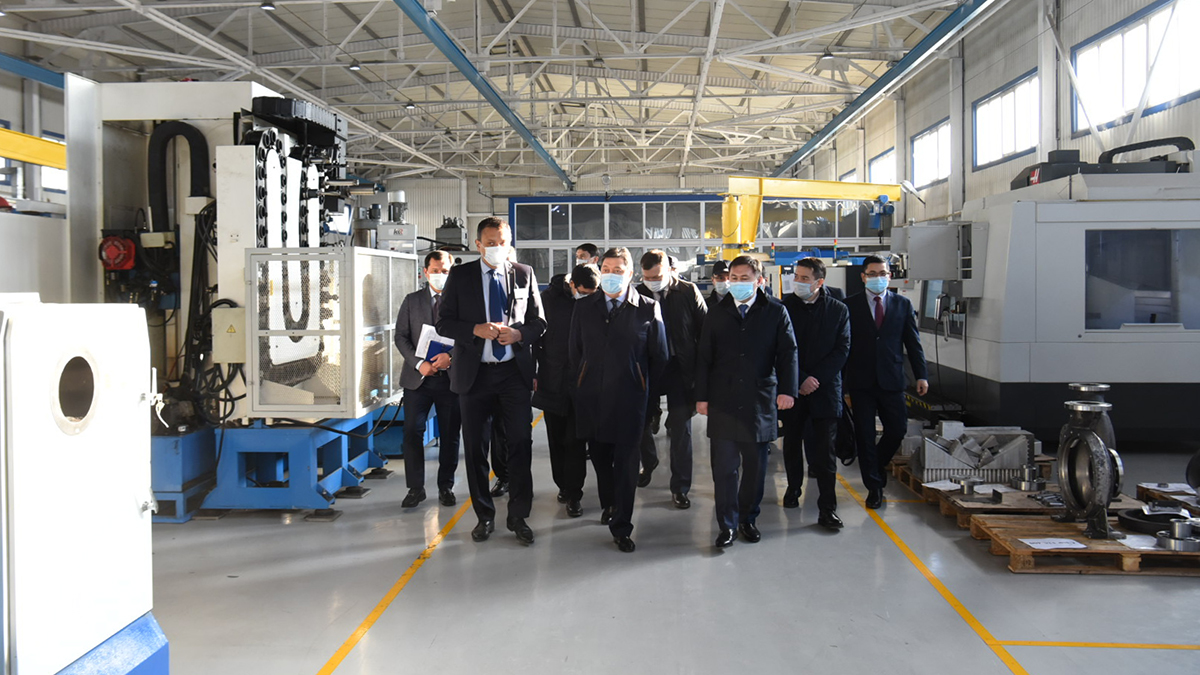 A new Shymkent City district is being constructed that will receive 199 billion tenge (US$) of investments from the Shymkent social and entrepreneurial corporation. The funds will finance nine projects in housing construction of nearly 532,000 square metres and education, including two schools with 3,800 places. 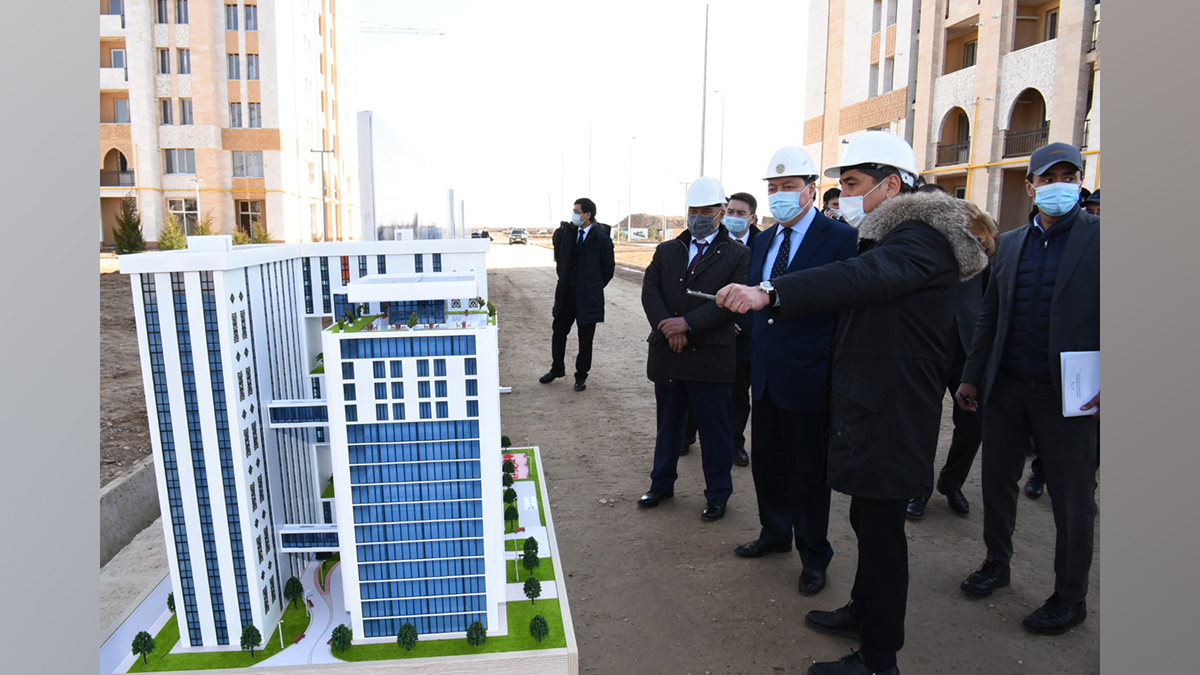 In January this year, the volume of total industrial output reached 4.4 billion tenge (US$), a 9.4 percent increase from the same period in 2020. The processing industry demonstrated a 10.6 percent growth driven by the increase in pharmaceuticals (54.6 percent), production of fuel and petroleum products (12.6 percent), non-metallic products (12.2 percent), and food production (7.2 percent).

In Turkestan, Mamin examined the works to eliminate the irrigation water deficit and increase the efficiency of irrigated areas in the region.  The projects in this area include a major overhaul of Turkestan’s main canal and the construction of a machine canal, where the water will flow from the region’s major Syrdarya river, the construction of Kensai-Koskorgan-2 water reservoir, and the reconstruction of the Zhetikol lake system.

These projects are expected to increase the annual volume of water consumption by 195.4 million cubic meters and increase the volume of agricultural production by 14 billion tenge (US$33.5 million).

Mamin also checked the works to improve the surrounding areas of the city’s new international airport, the housing construction and the city’s business center development.