NUR-SULTAN – Gylym Faces (Faces of Science), a new project launched by enthusiasts Anastasiya Gorbunova and Assel Mussabekova, seeks to showcase the diversity of Kazakh science. Gorbunova and Mussabekova shared their experience of running the project, and how they came up with this idea in a recent interview with The Astana Times.

Both Gorbunova and Mussabekova had not met before, but their interest in science brought the two together to launch a new science journalism project. Gorbunova brings her journalistic experience, while Mussabekova, who received her Ph.D. in biology from Institut de Biologie Moléculaire et Cellulaire and now lives in France, brings her vast experience in science. 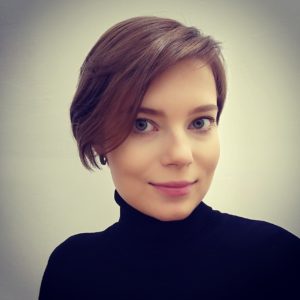 It all started as a project for Gorbunova master’s studies in science journalism and communication at Al-Farabi Kazakh National University.

“Searching for ideas, I found Assel’s page on Facebook. We had a call, discussed it, and despite the fact we have not been in contact before, Assel offered to do a project together. So we realised it would be interesting for us both to do something that will popularise science in Kazakhstan and at the same time start a discussion about Kazakh science because we all have a stereotype as if there is no science in Kazakhstan. But the thing is that we just do not see it being done, and if we do not see it, we need to show it exists,” said Gorbunova.

“On social media, I saw that people do not know the basic explanations for things, for example, they do not know the difference between bacteria or virus. People tend to believe fake news. These are very difficult things to talk about,” said Mussabekova. 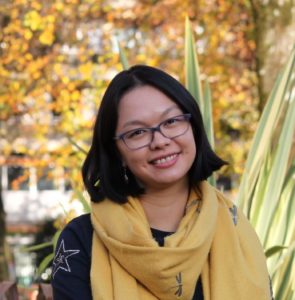 Their first story was published in November 2020. The stories which include long reads and interviews are published in Kazakh and Russian on the project’s social media pages as well as on the Vlast media outlet.

How story characters are selected

The team has several criteria to determine the next guest for a story.

“In our selection process, we check the presence of scientific publications and their impact. We know that we have great scientists who are cited abroad and scientists who make discoveries that leave our foreign colleagues astonished. We want to showcase them and give a voice to them,” said Mussabekova.

The team uses science metrics to evaluate the extent of scientific activities, but it is not an easy task, according to Mussabekova, as pseudoscience is quite widespread.

“There are corrupted publications, when a science journal accepts an article for money, regardless of the content. It can be monitored but it is difficult. There is also plagiarism. (…) There are also fake titles that can be bought,” explained Mussabekova.

What are their goals?

“We want to show a person’s personality and convey her or his main idea so that is understandable and useful to all citizens,” said Mussabekova.

Making real experts visible is one of the goals of the project.

“One of the examples is the story we published this week with Kamshat Tussupova. She is a hydrologist addressing water issues. It is acute and the story resonated. She talks about problems in the water sector and science. She was contacted by officials, media, and organizations. This is a continuation and the outcome of our work,” Mussabekova explained.

Diversity is another underlying idea that the project seeks to promote.

“These are our scientists and they are all very different. They are of different ages, gender, and live in different parts or even countries. But this is all our science,” said Gorbunova.

Work behind the scenes

The project also involves volunteers who work on different aspects of the project.

“Some people we reached out and asked, but some contacted us on social media and offered their support. There is a lot of hidden work that is not seen going on behind the scenes,” said Mussabekova.

The way the stories are visualised will catch one’s attention when scrolling the project’s page. Portraits made by painter Aidar Yergali seem to add a personal touch to each story.

“One of the successes of the project, if there are any, is this artwork. I am very thankful to Aidar that he agreed to work with us,” said Mussabekova.

Science journalism is at the beginning of its development in the country. Journalists tend to hunt for clickbait and big headlines.

Mussabekova noted that there is a lack of trust among scientists and journalists.

“We want to dilute this distrust. It is not easy to search for people who would agree to give an interview. Scientists tend to hide from the media. I have been in negotiations with our first story subject for three months,” she said.

“Many things we do are about making difficult information easy. It is often the case that the discussion has a set of terms and concepts, and though you might understand it, readers will not. We usually send our text to the team to read over it,” said Gorbunova.

Despite some difficulties, the work is very rewarding, said Gorbunova.

“When I am writing a text, I also reflect on some of my own personal experiences and attitudes, and you feel the impact. (…) You cannot change the world, we are not all-powerful, but if we can do something to improve it, then this is already a huge reward,” she said.

“I am happy I chose this topic. Now when I am more aware of it, and after talking to many scientists, I hope our readers would feel what I felt – admiration and all other positive emotions, because, especially amid such a difficult period, it gives hope that not all is lost,” Gorbunova said.

Gorbunova and Mussabekova plan to continue their project and improve it as they progress.