By Zhanna Shayakhmetova in Society on 3 February 2021

NUR-SULTAN – The Kazakhstan Institute for Strategic Studies (KazISS) under the President of Kazakhstan has beaten out the competition to rank first among top think tanks in Central Asia out of 58 nominations in the region in 2020, according to the 2020 edition of the University of Pennsylvania’s Global Go To Think-Tank Index released Jan. 28. 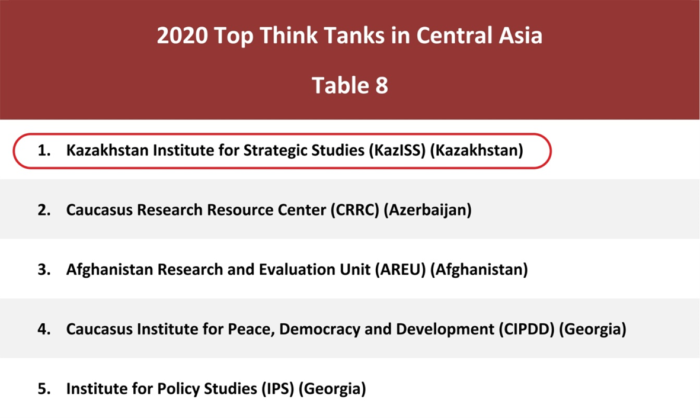 The KazISS became the only institution from Kazakhstan and Central Asia that was included in the list of top think tanks in the new 2020 Best Policy and Institutional Response to COVID-19 category. This year, the jurors included 83 analytical centers worldwide that assessed the impact of COVID-19 on think tanks and the response of the think tank community to the pandemic.

“Kazakhstan always strives to improve its position in the global rankings and not just in socio-political or economic indicators. The country’s image also significantly depends on how high its intellectual capital is,” Director of Kazakhstan Institute for Strategic Studies Zarema Shaukenova said in an exclusive interview to the Astana Times. 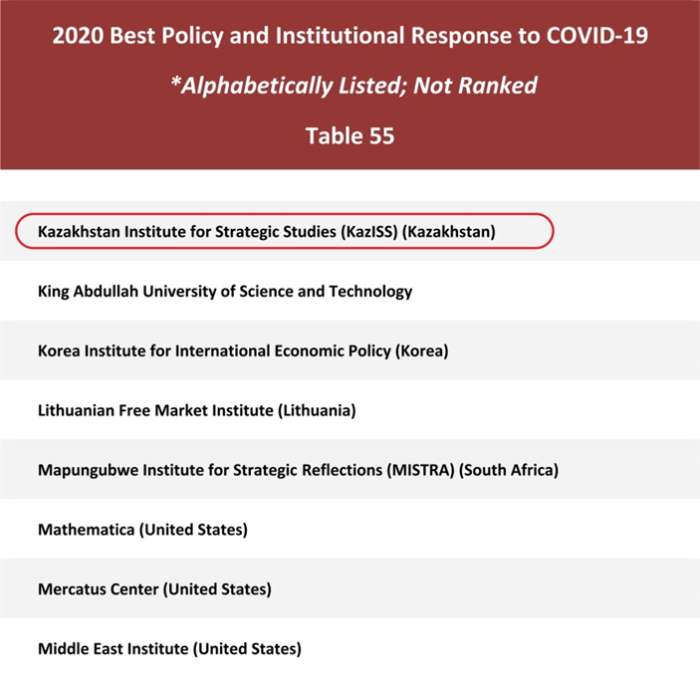 It is noted that the think tanks in Asia “excel in research, analysis, and public engagement on a wide range of policy issues with the aim of advancing debate, facilitating cooperation between relevant actors, maintaining public support and funding, and improving the overall quality of life in the relevant country and region.”

“KazISS entered the ratings for the first time in 2012 and since then the institute annually improved its position. KazISS became the only Kazakh analytical center, which has been included in the global ranking of the top non-U.S. research centers four times in a row (2015-2018). The level of competition in the rating is increasing annually. The total number of the research centers has more than doubled over 12 years,” said Shaukenova.

Shaukenova noted that taking a leading position involves serious work. “After entering the top think tanks in the annual rating, we set new goals and objectives, analyze the ways and opportunities for further development and growth,” she said.

The request for analytical support and the necessity for verified political decisions shows a sharp increase tendency, noted the KazISS director. “The reputation and competitive advantage of think tanks is of great importance not only within each of the countries, but also at the regional and global levels.”

In the first years of compiling the rating, Kazakhstan was represented by eight analytical centers. This year, the Think Tanks and Civil Societies Program (TTCSP) catalog includes 43 institutions from Kazakhstan.

Overall, the TTCSP, which is responsible for the research, analyzed the activities of 11,175 think tanks catalogued in TTCSP’s Global Think Tank Database in 2020.