By Staff Report in International on 6 February 2021

NUR-SULTAN – Kazakhstan’s First President Nursultan Nazarbayev delivered remarks at the Global Engagement and Empowerment Forum on Sustainable Development (GEEF) Feb 5, as reported by the press service of the Kazakh Ministry of Foreign Affairs. This year, the forum was held Feb. 4-5. in an online format. 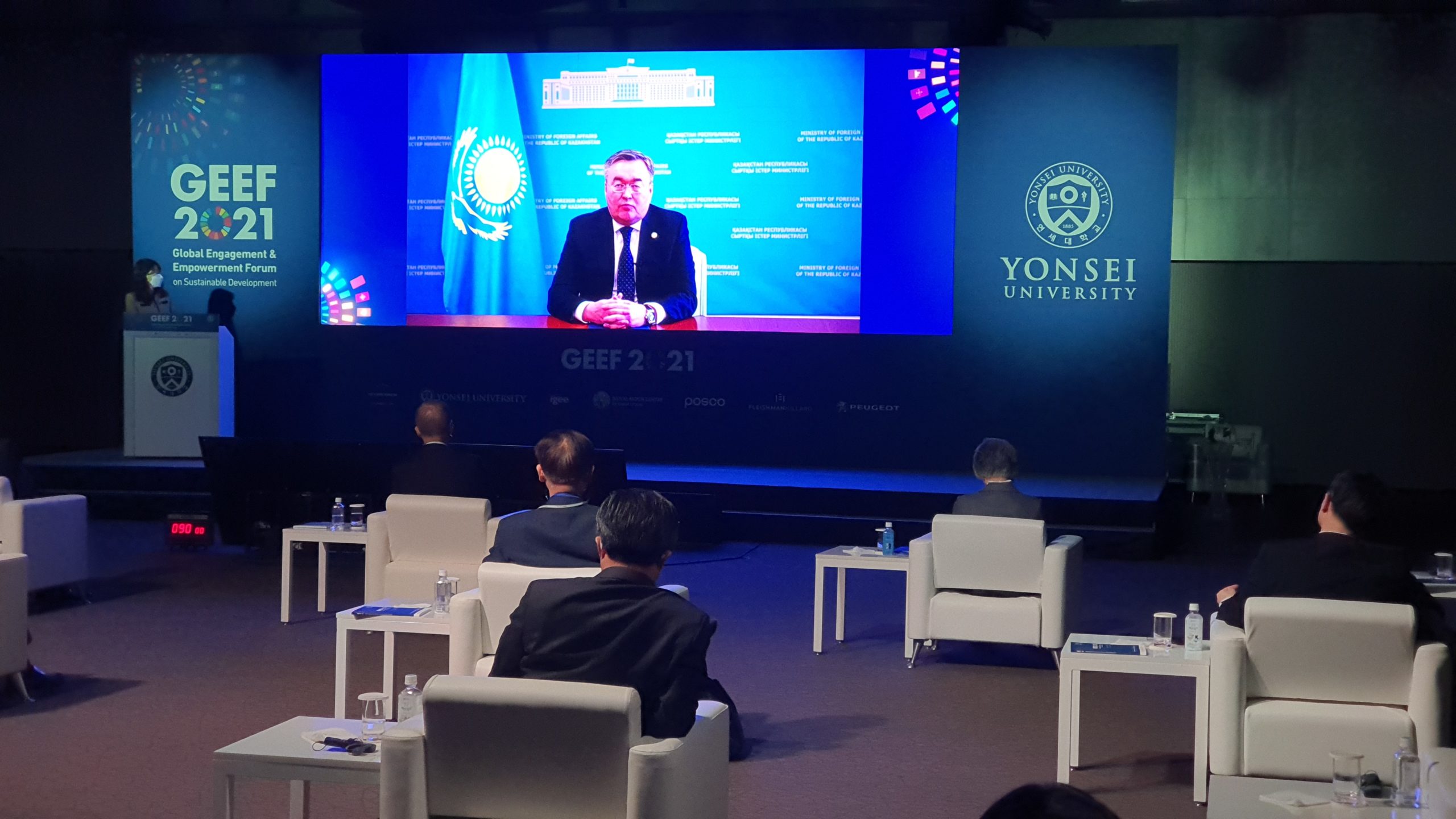 The message was delivered by Kazakhstan’s Deputy Prime Minister – the Minister of Foreign Affairs Mukhtar Tileuberdi.

In his remarks, Nazarbayev noted that the spread of COVID-19, its tragic consequences and destructive impact on the global economy showed how interdependent our countries are and how fragile our planet is.

The joint efforts of the global community in various spheres can contribute to overcoming this threat.

“One of the priority measures requiring such a joint approach is the equal and fair distribution of the COVID-19 vaccine,” said Nazarbayev.

This decade is essential for the implementation of the Sustainable Development Goals (SDGs) until 2030, which are “a common global compass for all UN member states.” To achieve these goals the countries will need an additional $700 billion.

Nazarbayev proposed that Kazakhstan’s initiative to reduce the military expenditures of all countries by 1 percent and redirect them to financing development projects be reconsidered. “I have repeatedly expressed this idea since 1992 from the UN rostrum, and this is especially relevant today,” he said.

Nazarbayev noted that the theme of the 2021 forum: “3Ps Beyond Security: Peace, Prosperity, and Partnership” coincides with the strategic vision of Kazakhstan.

“Through an active, peaceful, and responsible foreign policy, Kazakhstan contributes to international security and stability through leadership in the global anti-nuclear movement, conflict resolution and development assistance in our region and beyond,” he said.

The Conference on Interaction and Confidence-Building Measures in Asia and the Congress of Leaders of World and Traditional Religions were named as one of the important events initiated by Kazakhstan’s First President.

Kazakhstan is moving towards its goal of joining the top 30 most developed countries by 2050. The government is implementing its plans by increasing investments in healthcare and education up to 10 percent of GDP in the next five years and diversifying the economy.

The GEEF is organized by ENLIGHT’s associated partner, the Ban Ki-moon Centre for Global Citizens and is co-hosted with Yonsei University’s Institute of Global Engagement and Empowerment (IGEE) and the Ban Ki-moon Foundation for a Better Future in Seoul.