By Staff Report in Society on 9 February 2021 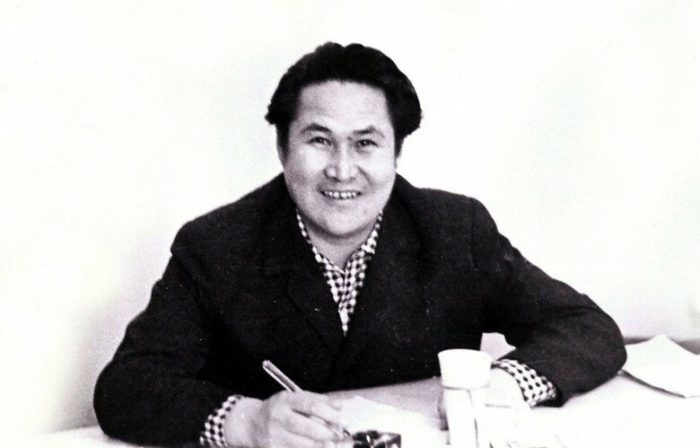 “His poetry touched the hearts of many readers,” wrote Kazakh President Kassym-Jomart Tokayev on his Twitter. “The poet’s anniversary coincides with the 30th anniversary of our independence. This is a holiday for every citizen of Kazakhstan,” reads his message.

Makatayev was born on Feb. 9, 1931 in the village of Karasaz, in the Almaty region. He wrote his first poem at 17, but his first book of poems was published when he was 33. He created more than 4,000 poems in the two months he spent in a hospital due to a serious illness. He died at 45. Most of his poems were published after his death.

“The days without poems for me are lifeless. I thank God for giving me this consolation. A poet has his own world, his own society, and his own universe. I live for this and fight for this,” Makatayev wrote in his diary.

He also translated William Shakespeare’s sonnets, Walt Whitman’s “Leaves of Grass” and Dante’s “Divine Comedy” and other poems into Kazakh. His last poem was titled “Requiem to Mozart” as he was fascinated by Mozart’s music.

During his life, the poet faced ordeals, unemployment, severe Communist censorship, harassment from fellow poets and expulsion from the Writers’ Association of Kazakhstan, according to a report by Adebiportal.kz. Makatayev is easily recognised by his unique poetic voice. He expressed deep human feelings and emotions that reached the hearts of everyone who loves poetry.